A group of climate activists calling itself World Weather Attribution is claiming global warming made the 2019 Australian wildfires 30 percent more likely to occur than was the case 120 years ago. The leftist establishment media is having a field day promoting the claim as sound science. However, objective data from the Australian Bureau of Meteorology blows the activist group’s claims out of the water.

Almost all of Australia has seen an increase in rainfall during the past 120 years. The chart below, published by the Australian Bureau of Meteorology, clearly shows this. 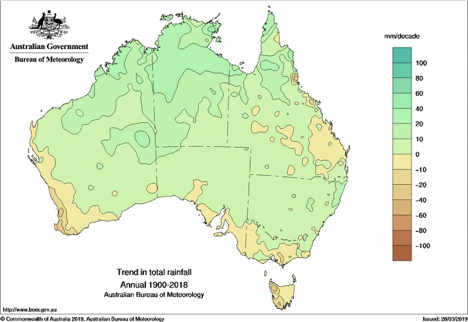 No, Climate Change Is Not to Blame for Modest Colorado Drought