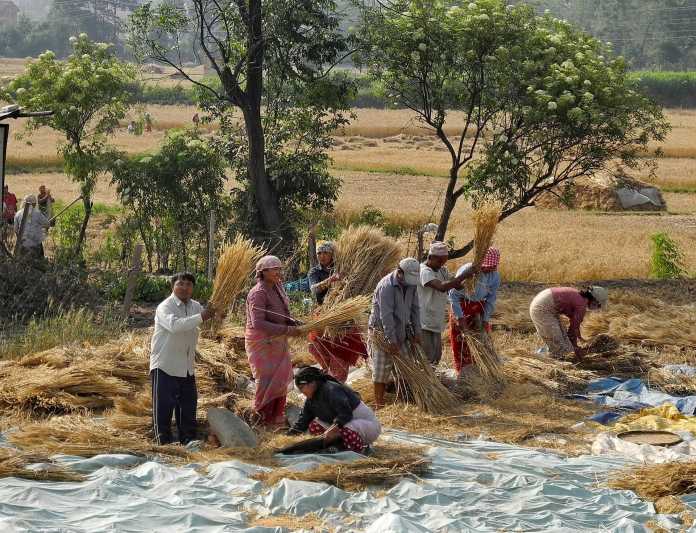 The New York Times invented a fake climate scare today (April 6), claiming climate change is causing thousands of people in Nepal to become migrants due to crop failure caused by climate change. The problem is, crop yields throughout Nepal are enjoying consistent, long-term growth. In fact, the past seven years provided the seven highest crop yields in Nepalese history. The year 2017, the latest year for which the United Nations Food and Agriculture Organization (FAO) provides data, produced the highest Nepalese crop yields ever.

The Times pulls out all the stops to convince people of a Nepalese crop failure caused by climate change. The title of the article is “As Himalayas Warm, Nepal’s Climate Migrants Struggle to Survive.” The subtitle is equally alarmist: “Pushed out of their village by a drought and lack of food, a group of Nepalis are fighting to amplify the voices of those forced to relocate by the planet’s warming.”

“With dwindling food, most families have packed their belongings and left, driven out by a faceless, man-made enemy,” the Times reports. “They are Nepal’s climate-change migrants, and there will be more.”

The article goes on for 35 paragraphs, presenting heart-wrenching human-interest stories of starving Nepalese. The Times reiterates, over and over again, that global warming is to blame for the nationwide crop failures that cause mass migration and thousands of Nepalese to become climate refugees.

The Times presents no objective data on Nepalese crop production to support its story. The FAO, however, meticulously records nation-by-nation crop production. And Nepal’s crop data exposes the New York Times as fake news reporting on a fake climate crisis.

As shown by the chart below (available here), FAO data show Nepalese crop yields have been consistently increasing for the past 30 years. Not only were the last seven years the highest crop yields per acre in Nepal’s history, yields are now 50% higher than was the case just 20 years ago. 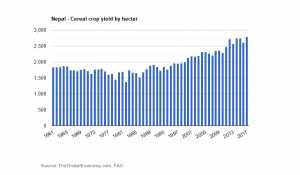 The New York Times provides a perfect illustration of truth versus lies in the climate change debate. The media twist and manipulate reality to sell a fictitious Climate Delusion to the general public, versus climate realists who have overwhelming scientific evidence on their side.