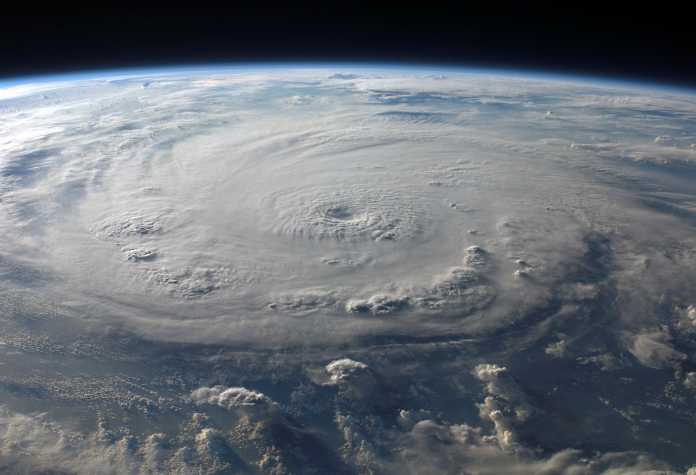 The media are breathlessly touting a cheap new “study” falsely asserting climate change is causing an increase in strong hurricanes. In reality, the study relies on deception, unethical data manipulation, and aggressive misrepresentation of quite normal short-term trends to support its false claim.

The study, published by government-employed and government-funded researchers whose jobs and income depend on perpetuation of the alarmist Climate Delusion, has been reported – without any critical examination – by the New York Times, Washington Post, The Weather Channel, and others. The Environmental Defense Fund is even using the new study to raise money for itself.

The headline for the Washington Post article tells us what the alarmists are peddling in this new study: “The strongest, most dangerous hurricanes are now far more likely because of climate change, study shows.” The truth, as shown by objective scientific facts, is quite different.

The study’s authors report that an examination of tropical storms that formed between 1979 and 2017 indicates that after the first half of the 39-year time period, the chance of a given tropical storm growing to become a major hurricane (category 3 or higher) rose by 8 percent in each of the latter two decades.

As an initial matter, the authors are dubiously claiming that merely 20 years of a minor variation in hurricane numbers is sufficient to prove a substantial long-term trend and a definitive link to climate change as the causal factor. This is a preposterous claim to make over such a short period. For example, objective data – as shown in the graph below (see climatlas.com/tropical/global_running_ace.png) – show that over a 25-year period from 1992 through 2014, the frequency of hurricanes declined significantly and the frequency of major hurricanes did not increase at all. This was also during a period of global warming. Why is that 25-year period irrelevant when it is so similar in time and length to the authors’ cherry-picked 29-year period? The fact is, there will always be natural and largely random variation in the frequency of hurricanes, tornadoes, floods, droughts, etc., within periods of just a few decades. 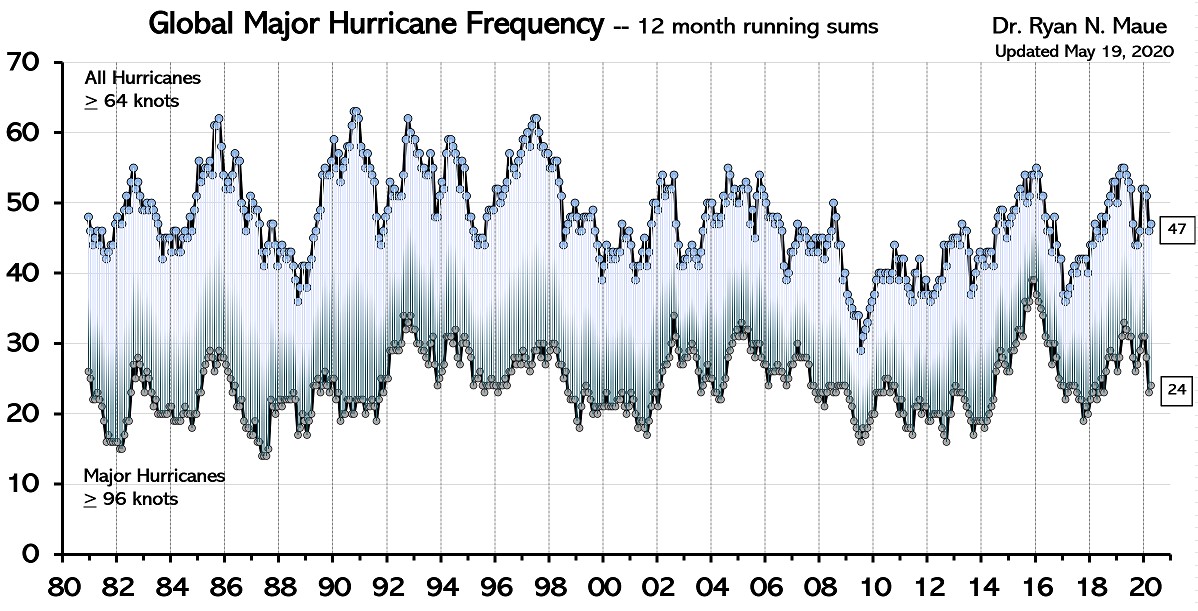 Second, the data show essentially no change in the frequency of major hurricanes since the early 1990s. Any claim of more frequent recent hurricanes requires cherry-picking the abnormally quiet 1980s as the baseline for comparison rather than the past 30 years, during which there has been no trend. The fact that the 1980s were quieter than the 1990s is largely r relevant to the assertion that global warming is currently causing an increase in strong hurricanes. To the contrary, the lack of any increase during the past 30 years is much more relevant. 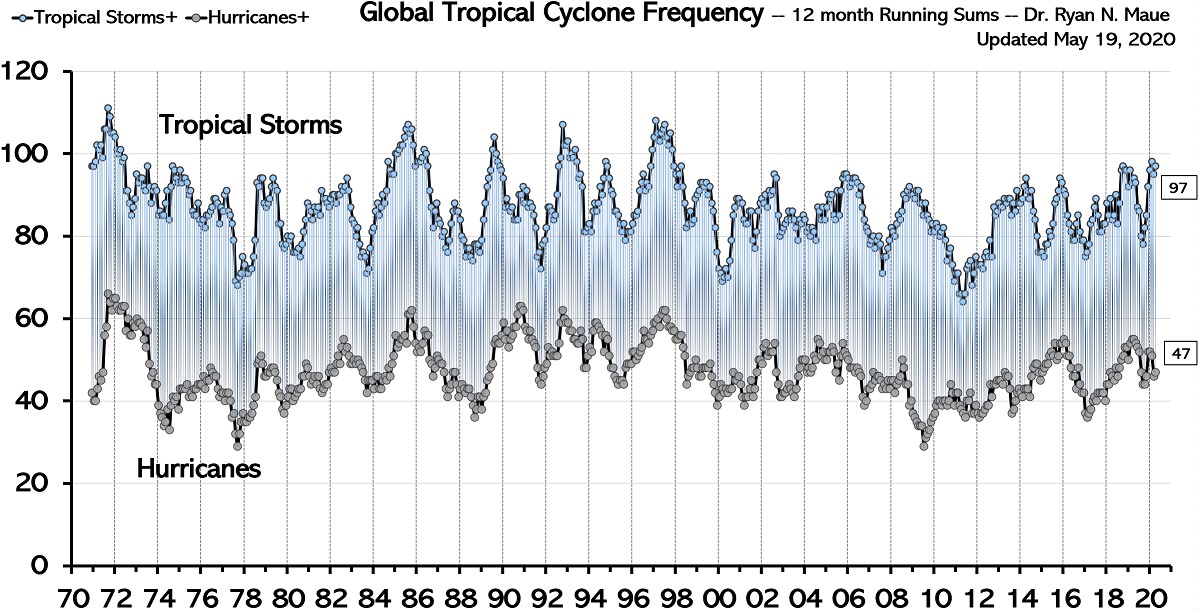 Fourth and finally, media outlets like the Washington Post even misrepresent the misleading and cherry-picked conclusions of the authors’ study. As noted, the authors note a very minor increase in the percentage of tropical storms that become hurricanes, even while the overall frequency of major hurricanes has not increased during the past 30 years. Compare that to the Washington Post’s headline assertion that “The strongest, most dangerous hurricanes are now far more likely.” Strong hurricanes are not more likely at all, let alone “far” more likely.

The new study, and its accompanying media coverage, represent a perfect example of the horse-dung sensationalism that climate alarmists tell us is “settled science.” The only settled science is that alarmists will go to incredible lengths to manipulate and misrepresent objective scientific facts for the cause of promoting their alarmist Climate Delusion.