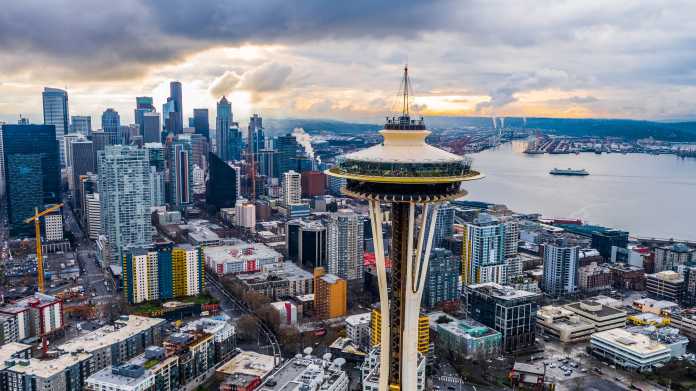 “I’m excited to announce that Amazon has bought the naming rights to the historic Seattle arena previously known as KeyArena,” said Amazon founder and CEO Jeff Bezos on Instagram. “Instead of calling it Amazon Arena, we’re naming it Climate Pledge Arena as a regular reminder of the urgent need for climate action. It will be the first net zero carbon certified arena in the world, generate zero waste from operations and events, and use reclaimed rainwater in the ice system to create the greenest ice in the NHL.”

The arena is in downtown Seattle, just a few blocks from the sea. If climate change is such an existential crisis, won’t the rising seas wash the arena away soon, anyway? So why bother paying for naming rights?

The decision to rename the arena Climate Pledge Arena drew immediate laughter and mockery. Proposed nicknames for arena include:

Feel free to note your favorite in the Comments section.