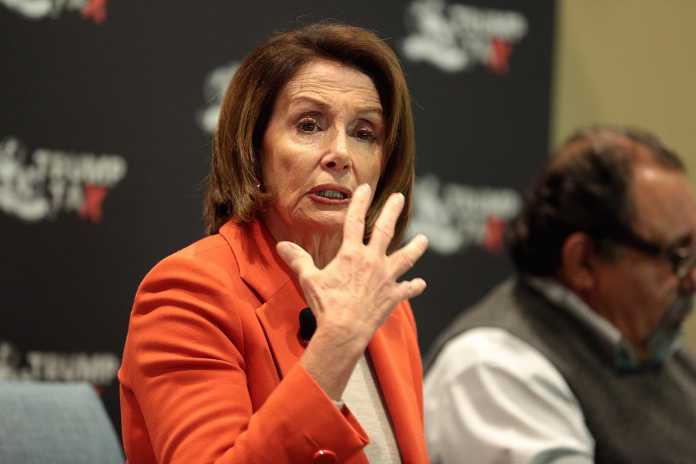 House Speaker Nancy Pelosi (D-CA), who has claimed Democrats are the ‘party of science’ while frequently blasting Republicans for being ‘anti-science,’ yesterday claimed the reason California is experiencing wildfires is because “Mother Earth is angry.” However, the United Nations Intergovernmental Panel on Climate Change (IPCC) makes no mention of a “Mother Earth,” nor does it attribute any increase in the frequency or severity of wildfires to Mother Earth or to global warming. Instead, the IPCC reports no increase in global drought conditions, which are the climate precursor to more frequent and severe wildfires.

Asked on MSNBC Thursday evening about this year’s especially active wildfire season in the western United States, Pelosi explained, “Mother Earth is angry. She’s telling us, whether she’s telling us with hurricanes on the Gulf Coast, fires in the west, whatever it is, that the climate crisis is real and has an impact.”

Not only does the IPCC make no mention of Mother Earth, it also finds no increase in drought, which would be the climate factor influencing wildfires. Moreover, the IPCC reports “low confidence” in any asserted link between climate change and hurricanes.

Drought is the climate factor that can make wildfires more frequent and deadly. However, as documented in Climate at a Glance: Drought, the IPCC reports with “high confidence” that precipitation has increased over mid-latitude land areas of the Northern Hemisphere (including the United States) during the past 70 years, while IPCC has “low confidence” about any negative trends globally.

Also, as documented in Climate at a Glance: U.S. Wildfires, wildfires have always been a component of California and the western United States. Occasional upticks in wildfire activity, like what is occurring this year, still result in far less land burnt than was the case throughout most of the 20th century. Even the worst recent wildfire years burned only 1/5th to 1/4th as much land as typical wildfire years during the early 20th century.

Regarding hurricanes, Climate at a Glance: Hurricanes documents there has been no increase in hurricanes globally as the planet has modestly warmed. Even the IPCC agrees, finding no increase in the frequency or severity of hurricanes.

As opposed to all this scientific evidence, perhaps Pelosi theorizes that Mother Earth, in her anger at people, is possessing people and forcing them to commit arson and start many of the current wildfires, like these people arrested this week. That might be more a scientifically likely explanation than laying the blame on climate change.

When it comes to science vs. anti-science in the global warming debate, climate realists point to objective data and factual evidence. Nancy Pelosi, by contrasts, invokes the wrath of an angry Mother Earth.