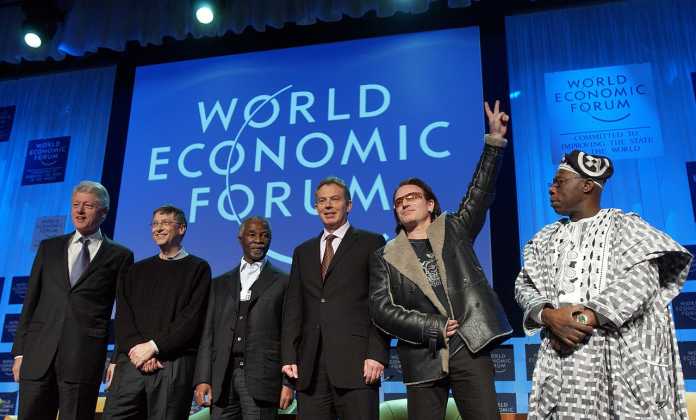 The World Economic Forum (WEF) – a globalist organization comprised of the world’s leading political figures, billionaires, and international corporations – published an article today claiming a global drought crisis that is explicitly refuted by the United Nations Intergovernmental Panel on Climate Change (IPCC). If Twitter, Facebook, and other tech media giants apply their cancel culture rules with any consistency, the tech media giants will quickly erase any mentions of the WEF’s fake claims on their platforms.

Today’s WEF article is titled, “Water wars: How conflicts over resources are set to rise amid climate change.” The very first sentence of the article reads, “From erratic rainfall to severe droughts, global warming is increasing competition for water around the world.” The WEF, however, provides no scientific sources for its claim. So, let’s check what the United Nations IPCC reports regarding rainfall and severe droughts.

As reported in Climate at a Glance: Drought, the U.N. IPCC reports with “high confidence” that precipitation has increased over mid-latitude land areas of the Northern Hemisphere (including the United States) during the past 70 years. Also, the IPCC reports “low confidence” about any negative trends globally.

There you have it, in black and white. The IPCC, the asserted “gold standard” for climate science, states explicitly:

“There is high confidence that mean precipitation over the mid-latitude land areas of the Northern Hemisphere has increased since 1951 (Hartmann et al., 2013). For other latitudinal zones, area-averaged long-term positive or negative trends have low confidence ….”

The rest of the WEF article claims all sorts of worldwide water sob stories, all dependent on the false assertion of less global rainfall and more severe global drought.

The WEF is ramping up the telling of climate lies to justify a January meeting in which they intend to devise a “Great Reset of global capitalism.” The plan is to promote global wealth equality by a massive redistribution of wealth from Western democracies to the rest of the world, where a stifling of economic freedom has brought poverty and misery. The WEF plans to implement this by transforming the world’s economies to a socialist New World Order, centered on climate justice. Telling false climate tales appears to be WEF’s main strategy for making this happen.

Regardless of the World Economic Forum’s nefarious Great Reset plans, its claim that climate change is causing less rainfall and more drought is explicitly refuted by the UN IPCC.

Spread the word, and the truth…..