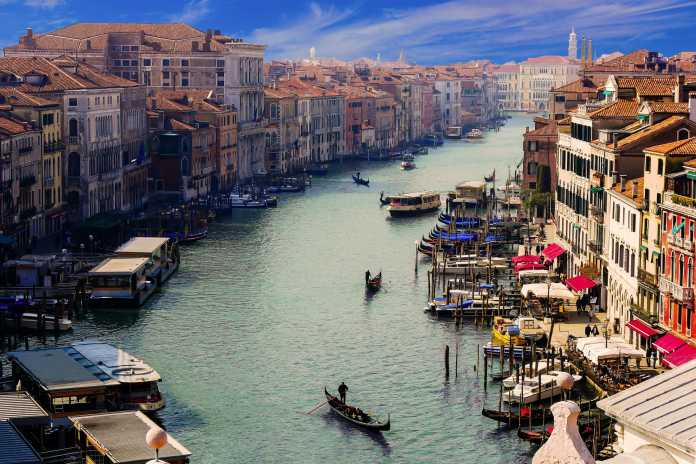 Climate activists have been presenting Venice, Italy, as a poster child for alarm recently, claiming exceptionally high tides that sometimes flood the city illustrate an urgent need to reduce carbon dioxide emissions. Instead, a successful test of newly build floodgates illustrates that even the most “vulnerable” locations to sea-level rise can fare quite well in the present and in the future.

Media outlets such as Forbes, the BBC, Time, NPR, Bloomberg, etc, have published articles during the past year highlighting occasional Venice floods and blaming climate change. Most of these media sources fail to mention that the land on which Venice sits is subsiding (sinking), which raises local sea level regardless of climate change.

As documented in Climate at a Glance: Sea Level Rise, global sea level has been modestly rising since at least the mid-1800s. Regardless of the cause of recent Venice floods, human ingenuity has been successfully addressing sea-level rise in coastal communities globally for nearly 200 years. Now, with more advanced technologies at human disposal, the threat from sea-level rise appears to be more remote than ever.

On Saturday, the city of Venice scored another victory against sea-level alarmism with the successful operation of its new floodgates. Facing an unusually high tide that would have flooded the city in years past, the city raised 78 floodgates that barricade the Venetian lagoon.

Here is how the New York Times reported the Saturday results:

[E]ven when the tide reached as high as four feet, water levels inside the lagoon remained steady, officials said.

“There wasn’t even a puddle in St. Mark’s Square,” said Alvise Papa, the director of the Venice department that monitors high tides.

Had the flood barriers not been raised, about half the city’s streets would have been under water, and visitors to St. Mark’s Square — which floods when the tide nears three feet — would have been wading in a foot and a half of water, he said.

No, Rising Seas Are Not Swallowing Island Nations