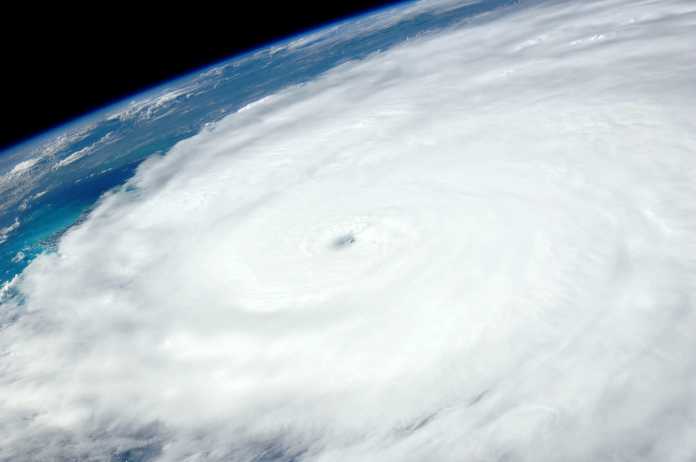 Among the top Google News search results this morning for “climate change,” the Miami Herald published an article asserting a new study shows global warming is causing more Atlantic hurricanes. In reality, the new study shows there is a declining trend in hurricanes in many parts of the world and concludes there will likely be a declining trend globally during the 21st century. Moreover, objective data show the number of Atlantic hurricanes is declining, just like the forecast global trend.

The Herald article, titled “Climate change, pollution impacts hurricane formation in the Atlantic, NOAA study says,” claims, “In the last 40 years, the East Coast, including Florida, has been hit by dozens of hurricanes. New NOAA research suggests human pollution may have increased the likelihood of those Atlantic basin storms….”

The National Oceanic and Atmospheric Administration (NOAA) study referenced by the Herald reports, “our climate models project decreases in the number of global TCs [tropical cyclones] toward the end of the 21st century due to the dominant effect of greenhouse gases on decreasing TC occurrence in most of the tropics, consistent with many previous studies.”

The NOAA study reported a trend of “substantial decreases” in Indian Ocean and North Pacific hurricanes is already detected in the record. The study asserts there has been an increase in Atlantic hurricanes since 1980, which “anthropogenic aerosols could have also influenced.”

The major takeaway from the NOAA study is there will be fewer hurricanes as the world continues its modest warming. That is good news. Rather than reporting good climate news, however, the Herald goes to great lengths to try to pull some bad news from a good-news study. 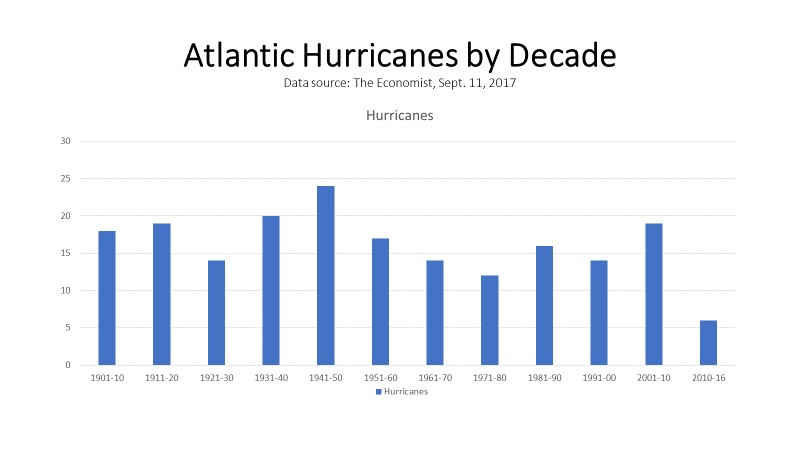 Located in Florida, the Miami Herald surprisingly did not mention two very important facts about hurricanes and Florida. As documented in Climate at a Glance: Hurricanes, Florida recently concluded an 11-year period (2005 through 2016) without a landfalling hurricane of any size—the longest such period in recorded history. The Gulf of Mexico also recently benefited from its longest hurricane-free period in recorded history (2013 through 2016).

For completely misleading its readers about the recent NOAA study, and for asserting the exact opposite of the truth regarding hurricane frequency and Atlantic hurricane frequency, the Miami Herald earns a gigantic Pinocchio award.

The Financial Times and Island Nations Are Wrong – Climate Change...