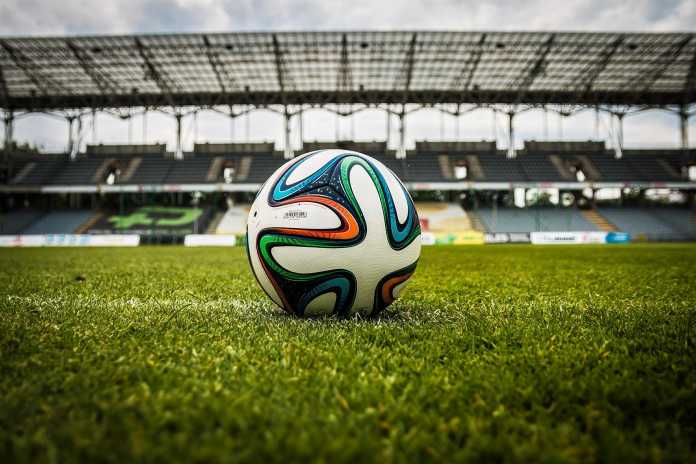 Climate activists consistently employ a tactic of identifying something that people love and then make up claims that climate change is destroying it. In today’s edition, the BBC is promoting a shoddy article published by a third-rate activist group to claim climate change will destroy the sports we all love. Google has joined in the panic, elevating the BBC article to the top of Google News searches today under the term “climate change.” But don’t worry about this new iteration of the phantom Climate Delusion – climate change will not destroy sports.

The BBC article is titled, “Climate change: Sport heading for a fall as temperatures rise.” Supporting its claim, the BBC article cites a “new study compiled by academic and author David Goldblatt.”

The BBC article states, “While the Covid-19 pandemic has disrupted sports as much as any other aspect of social life, many experts believe that this is just a dress rehearsal for the long-term impacts on sport of a world that’s way too hot. Extreme weather events, related to rising temperatures, have already disrupted some of the world’s most high-profile sports in recent years.”

BBC identifying the author of the underlying paper as “academic and author David Goldblatt” makes Goldblatt and his paper sound quite impressive. In reality, Goldblatt is soccer writer. Hey, I love sports, too, but writing about soccer, or baseball, or basketball is not quite what people envision when you identify somebody as an “academic and author.”

BBC did more than simply mislead people about Goldblatt’s phantom academic credentials. BBC also failed to note that the “new study” was published by the climate activist group Rapid Transition Alliance. The Rapid Transition Alliance describes its mission as, “The climate is changing faster than we are. The danger of triggering irreversible environmental damage that spirals, feeding off itself, means that winning too slowly is the same as losing.”

It is curious how BBC never alerts readers to the activist agenda of the organization that published the paper. BBC instead, leaves people to assume the “academic” paper was published by an objective scientific source.

So, ultimately, a jock writer puts together an article for a climate activist group that nobody has ever heard of, and then BBC, Google, and others promote the article to an unsuspecting public as a “study” by a serious “academic” coming from an objective point of view. Yeah, right.

The gist of Goldblatt’s paper is that climate change is causing an increase in extreme weather events that will devastate sporting events. For example, the BBC article shows a photograph of a soccer game being played in the rain, resulting in a tiny corner of the field having perhaps a quarter inch of standing water. The BBC utilizes this photograph to support its assertion that, summarizing Goldblatt’s paper, “By 2050, it’s estimated that almost one in four English football field grounds can expect flooding every year.” Yes, a quarter inch of standing water on a tiny corner of a soccer field – Big Deal.

And, of course, that assumes that global warming is the reason why rainfall occurs.

Indeed, the Goldblatt article and the BBC article misrepresent well-established climate science. Summarizing the Goldblatt article, the BBC article asserts, “Extreme weather events, related to rising temperatures, have already disrupted some of the world’s most high-profile sports in recent years. A typhoon, which wreaked havoc in Japan last year, also affected fixtures at the Rugby Union World being held there. Smoke from bush fires stopped play at the Australian Tennis Open at the start of this year.”

Regarding typhoons, as documented in Climate at a Glance: Hurricanes, even the United Nations Intergovernmental Panel on Climate Change (IPCC) observes there is “only low confidence for the attribution of any detectable changes in tropical cyclone activity to anthropogenic influences.” Yet Goldblatt and the BBC falsely claim climate change caused a typhoon that struck Japan last year.

Regarding Australian bush fires, the asserted climate factor is drought. However, as documented in Climate at a Glance: Drought, IPCC has “low confidence” about any trends of climate change causing drought. Indeed, the Australian Bureau of Meteorology has documented that rainfall has increased in Australia during recent decades. Yet Goldblatt and the BBC falsely claim climate change caused the dry conditions in Australia last year after Australia has benefited from above-average rainfall during most recent years.

So, a jock writer felt motivated to write about his own fears about climate change on a climate activist website. That is ok. But it is quite curious for the BBC to describe the jock writer as an “academic,” hide from readers that the “study” was published by an agenda-driven activist group, and sweep under the rug the writer’s false claims about existing climate trends.

Sports will not be destroyed by climate change. And we’ll keep reporting the truth about such things on Climate Realism.