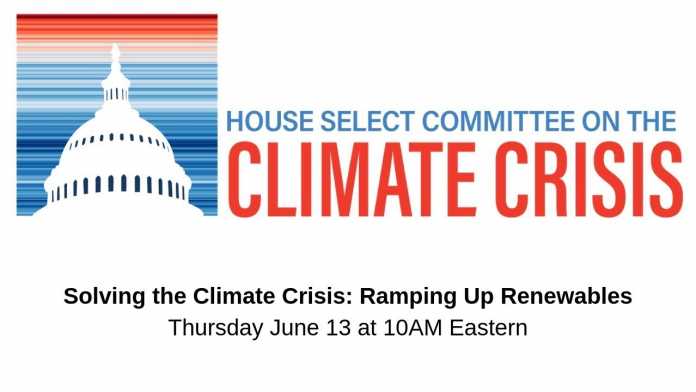 Democrats’ infatuation with the Climate Change Bogeyman has reached a new low, with the House Select Committee on the Climate Crisis (HSCCC) blaming climate change inaction for racial injustice and the George Floyd protests. Yes, really.

A recently released HSCCC report wastes no time blaming climate change for everything under the sun, including the George Floyd protests. On page 1 of the 547-page report, the report states, “Climate solutions must have justice and equity at their core. The protests in response to George Floyd’s death are reminders of the consequences of past inaction.”

For the rest of Americans, common sense tells us the protests in response to George Floyd’s death have nothing to do with climate change.

Fighting climate change, House Democrats tell us, is necessary to fight racial injustice. According to the HSCCC report, “Building a resilient, clean economy affords us another opportunity: to acknowledge and commit to correcting past policy failures that created the climate crisis and the systemic economic and racial inequalities that plague our communities today.”

Yes, really. Climate change is not only the greatest-ever threat to human civilization, but it is a symbol and cause of systemic racial inequality, too. And climate activists wonder why – despite enormous funding advantages, one-sided educational indoctrination, and one-sided media coverage – they can’t build consensus support for their alarmist policy prescriptions….