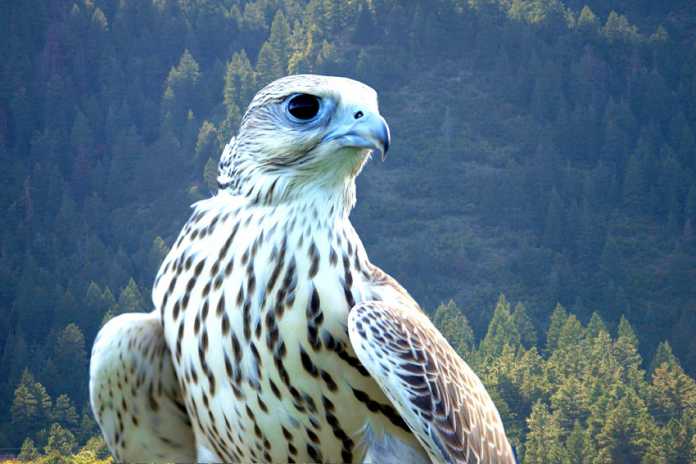 A National Geographic article claiming Arctic gyrfalcons are corned and threatened by global warming is showing up at the top of Google News searches today under “climate change.” The problem is, gyrfalcons are widespread and abundant throughout Alaska, Canada, Russia, Scandinavia, coastal Greenland, and even parts of the United States. Also, their numbers are not declining at all. Today’s Climate Scare of the Day is little different from other fake climate crises – a few climate alarmists looked at a map, saw that gyrfalcons live in generally cool environments, and based on that alone claim that gyrfalcons just must be threatened by global warming.

The National Geographic article, titled “World’s largest falcon faces a threat it can’t flee: climate change,” notes the gyrfalcon is the only raptor that is able to withstand cold Arctic temperatures year-round. The article acknowledges that scientists “know so little about gyrfalcons” and that the gyrfalcon population “is stable.” Yet, that did not prevent National Geographic from scaring people with a fake gyrfalcon climate crisis.

So, after a century of modest global warming, gyrfalcon populations are very large, very widespread, and very stable. Bird Life International and a recent, comprehensive peer-reviewed study confirm this. But for the establishment media, a few alarmists looking at a map and claiming gyrfalcons must be threatened by global warming is enough to publish an alarmist story designed to mislead the public into fearing a gyrfalcon crisis. That is the very definition of alarmism versus science and scientific evidence.

That is illustration number 36,548 as to why the public is so leery of believing the alarmist Climate Delusion.