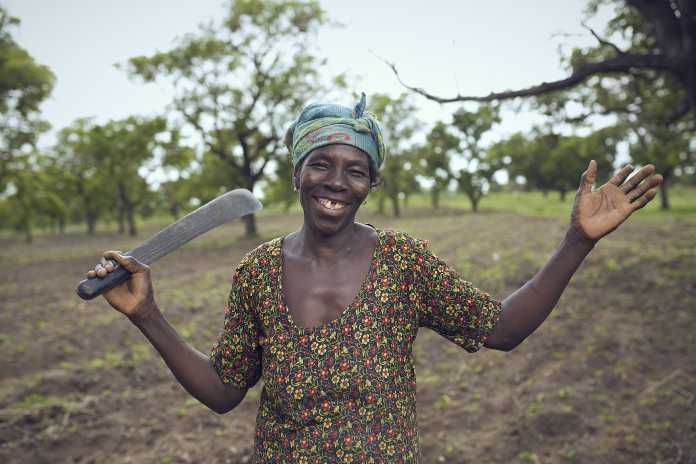 Google News this morning is promoting an article claiming African farmers are struggling to adapt to the impacts of climate change on crop production. In reality, objective data show African farmers are enjoying bountiful, record harvests as the Earth modestly warms.

Among the top items this morning under search results for “climate change,” Google News is promoting an article by the activist organization Carbon Brief, titled “Lessons from Africa on climate change adaptation.” The article begins by claiming, “The Earth’s changing climate is already having major consequences for the environment and society.” The article follows up, claiming “climate risks affect multiple sectors of society at the same time.” The article then chronicles how people in the African nations of Malawi and Zambia – and especially farmers – are undertaking special programs to deal with negative impacts of climate change.

The Carbon Brief article, however, does not provide any objective data showing climate change is making farming more difficult in Malawi and Zambia. Nevertheless, the United Nations Food and Agriculture Organization (UNFAO) provides detailed data on crop production in Malawi, Zambia, and throughout the world.

According to UNFAO data, charted below by the website The Global Economy, farmers in Malawi are enjoying substantially higher crop yields as the Earth warms. Malawi crop yields are consistently at least 50 percent higher than was the case just 20 years ago. Indeed, the eight years with the highest yields on record all occurred since 2007. 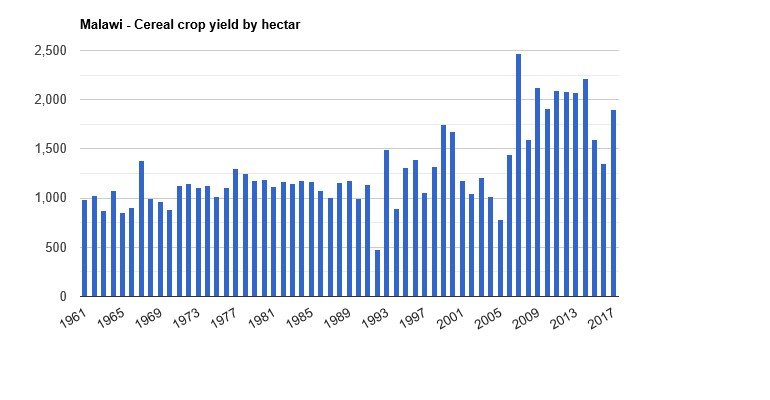 Zambia is also enjoying consistently improving crop yields as the Earth modestly warms. According to UNFAO data, charted below by The Global Economy, the past eight years have produced eight of the nine highest Zambian crop yields on record. As is the case with Malawi, Zambian yields per acre are consistently at least 50 percent higher than was the case just 20 years ago. 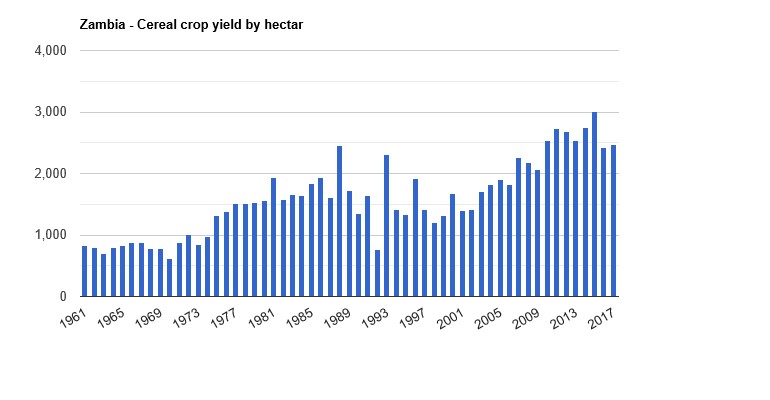 When it comes to African crop yields, don’t let Google News fool you. Africans are being forced to ‘adapt’ to climate change only if you believe people must ‘adapt’ to record crop yields.