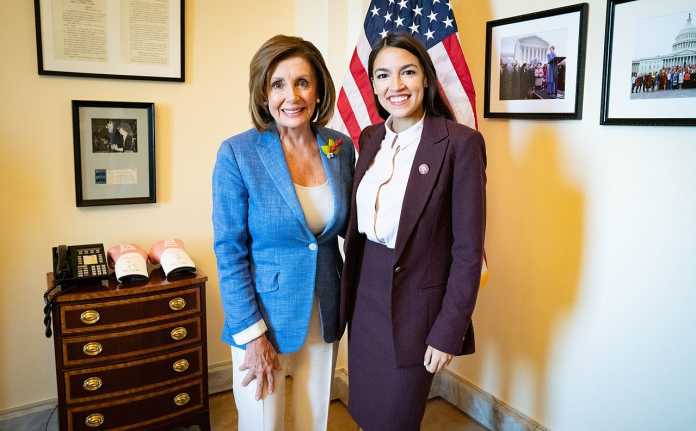 Does science drive climate policy or do politics drive climate research? The Democrat-controlled Congress is answering that question for us with a new directive telling the National Academies to establish a Climate Security Roundtable to spoon-feed talking points to climate-activist politicians.

According to the National Academies website, “Congress has directed the National Academies to establish a Climate Security Roundtable that will convene experts from academia, the private sector, and civil society to provide support to the Climate Security Advisory Council (CSAC). The CSAC is a joint partnership between the U.S. Intelligence Community and the Federal Science Community to better understand and anticipate the ways climate change affects U.S. national security interests.”

As a result, the website reports, “The National Academies of Sciences, Engineering, and Medicine will establish a Climate Security Roundtable, with a goal of supporting the Climate Security Advisory Council to anticipate, prepare, and ultimately prevent climate security crises from escalating into national security challenges and threats.”

Congress’ agenda-driven request is unnecessary and counter-productive. As reported in Climate at a Glance: National Security, climate activism rather than climate change poses the true threat to national security. Economic strength is the most important factor determining a nation’s ability to fund and deploy a powerful military over the long term. Climate activism puts U.S. national security at grave risk by imposing more expensive and less-reliable energy sources on the U.S. economy. Moreover, Earth’s modest recent warming is making the alleged ‘threat multipliers’ of crop failures and similar catastrophes less frequent and less severe rather than more so.

When Congress directs and funds organizations to convene specific new entities to address specific topics of political interest, the organizations receiving the money will produce results that will please Congressional funders and ensure perennial funding for the new entity. No entity deliberately provides “answers” to congressional inquiries that will strip away the entity’s funding, jobs, and status. Expect the National Academies to produce results showing similar corruption by political funding.