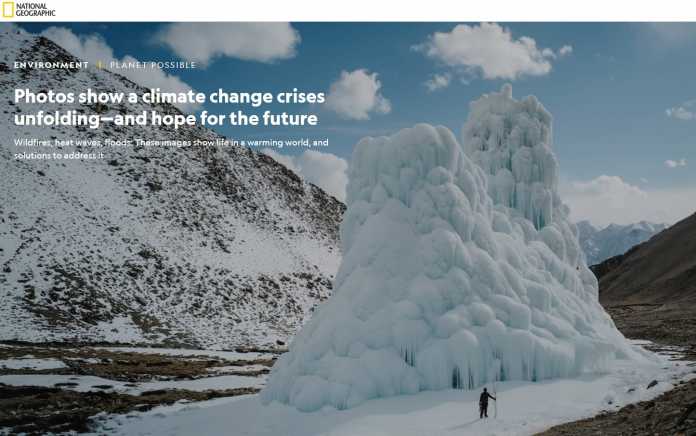 A pictorial essay in National Geographic (Nat Geo) claims to show human climate change causing various natural disasters. It is often said “a picture is worth a thousand words.” If true, in this instance, Nat Geo’s pictures are telling thousands of half-truths. None of the weather events Nat Geo’s photographs document are unusual historically, and Nat Geo’s claims that such events are worsening due to climate change are falsified by hard data.

As the world has come to expect from National Geographic, the photographs in its pictorial essay, titled “Photos show a climate change crises unfolding—and hope for the future,” are powerful, in and in many instances stunning. However, they do not portray what Nat Geo claims they show. They don’t show climate change induced crisis. Rather they show entirely natural extreme weather events and their often tragic aftermaths.

The Intergovernmental Panel on Climate Change (IPCC) disagrees. As discussed by Roger Pielke, Jr., Ph.D., the IPCC’s recent 6th Assessment Report finds, contrary to Nat Geo’s claims, that flooding, tropical cyclones, tornados, most types of drought, and myriad other types of extreme weather have not increased as a result of climate change.

Although to the Nat Geo all droughts may be the same, the IPCC says otherwise, distinguishing four categories of drought: hydrological, meteorological, ecological, and agricultural. According to the IPCC, there is limited evidence climate change has increased the number, duration, or intensity of hydrological or meteorological droughts, and it has only medium confidence it has “contributed to changes in agricultural and ecological droughts and has led to an increase in the overall affected land area.”

Concerning wildfires, data belies the IPCC’s and Nat Geo’s assertion that wildfires are increasing due to climate change. Since 1998, NASA satellites have measured the amount of land burnt by wildfires. The NASA wildfire numbers are clear and compelling. According to objective NASA satellite measurements, the total acreage burned by wildfires each year has declined by 24 percent since 1998. The IPCC does not refute this data so its wildfire claims must be based on computer model simulations of wildfires, not actual measurements.

Arguably the most disturbing but also most misleading photographs published in Nat Geo’s essay are those supposedly showing climate change increasing human suffering and death due to heat and disease.

As discussed in previous Climate Realism articles, here, and here, for example, climate related deaths, more accurately described as weather related deaths, have declined by approximately 99 percent during the period of modest global warming. (see the figure below) 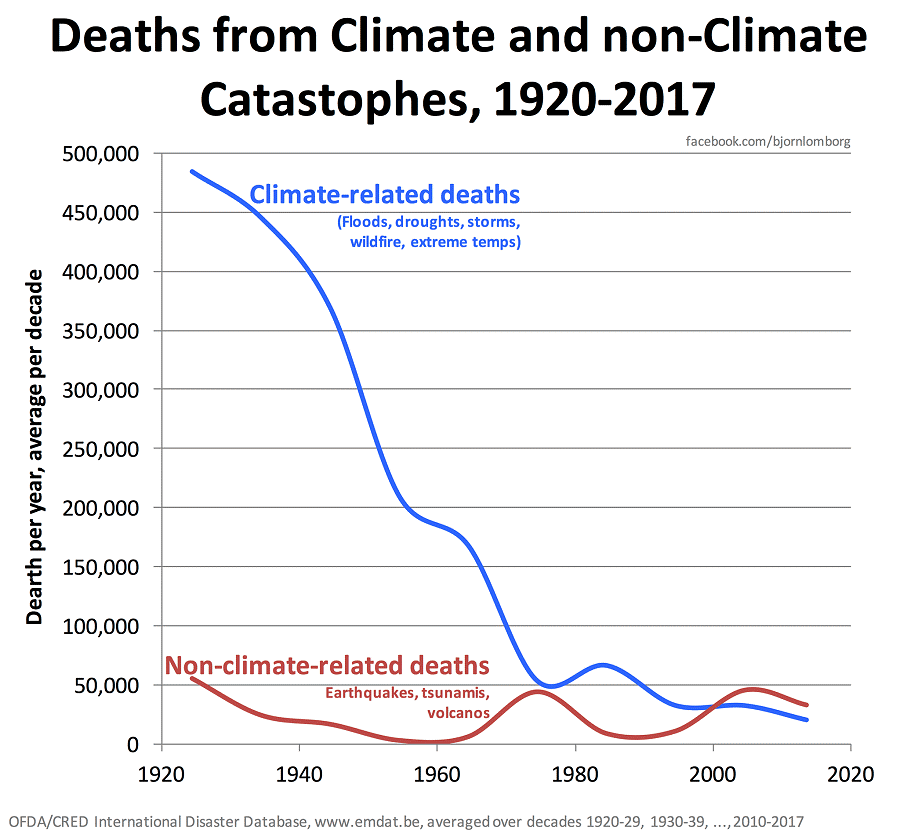 Also, as discussed in Climate Change Weekly, in late July, The Lancet published what is arguably the largest study ever to examine excess mortality associated with temperature. The study’s authors, 68 scientists representing universities and research institutes in 33 countries spanning all regions of the world, came to two clear conclusions: cold temperatures contribute to far more deaths each year than warmer temperatures, and deaths associated with extreme temperatures, hot or cold, are declining. Referencing data on more than 130 million deaths from 43 countries, located in five continents they found that 5,083,173 deaths were associated with non-optimal temperatures per year, with most of these excess deaths tied to cold temperatures. (see the figure below) 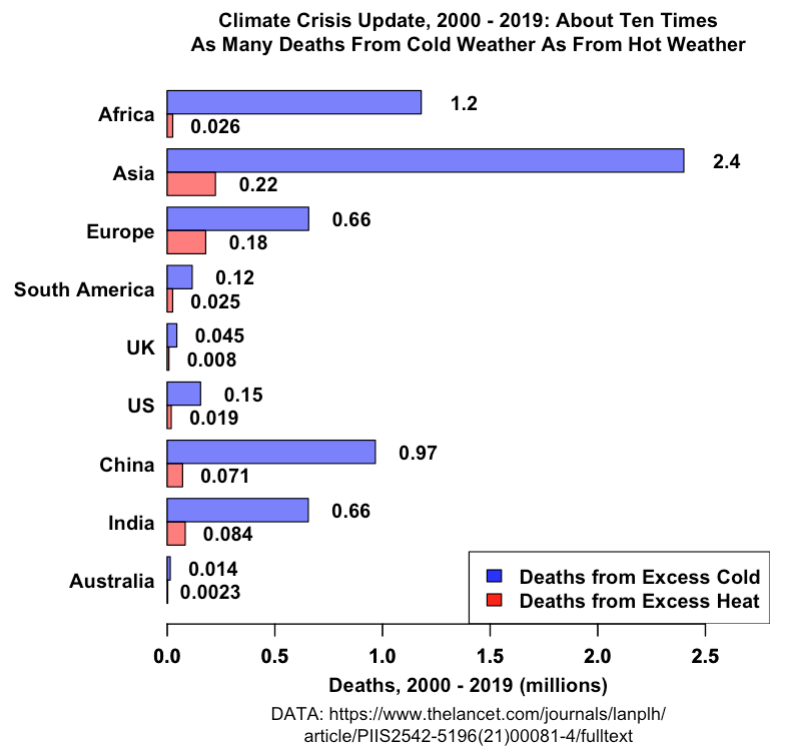 Studies from Africa, to England and Wales, to North and South America, to Thailand and beyond refute any link between climate change and the spread of malaria, Dengue fever, West Nile virus, and other vector-borne diseases. For example, a 2010 study in the peer-reviewed journal Nature reports, “[The study’s authors] compared historical and contemporary maps of the range and incidence of malaria and found endemic/stable malaria is likely to have covered 58% of the world’s land surface around 1900 but only 30% by 2007.” Clearly, malaria has become less prevalent and deadly as the climate has warmed.

National Geographic photographs are rightly praised for capturing the destruction, pain, and pathos caused by natural disasters. However, their claim that these disasters are being caused by climate change and the implication that humans can prevent such harms in the future, are misleading and wrong. Shame on Nat Geo for exploiting the human misery and environmental destruction wreaked by natural weather events to promote climate alarm and bigger government programs in the run up to COP-26 in Glasgow, Scotland.