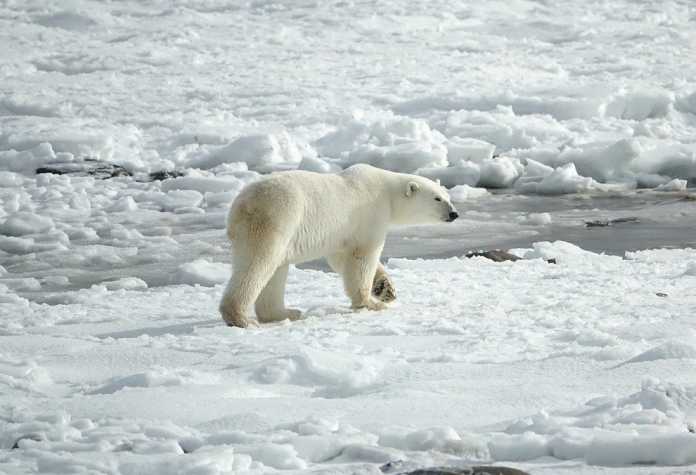 The New York Times published an article Thursday claiming polar bears in Churchill, Manitoba, are “in trouble” due to global warming and that it is now “too late” to save them. The article attempted to tie its claims to the United Nations’ annual Conference of the Parties climate conference, imploring the UN to take drastic immediate action to save the polar bears. The problem is, polar bear numbers are soaring, with polar bears doing quite well in Churchill and elsewhere. There is no polar bear extinction crisis requiring UN action.

As polar bear scientist Susan Crockford points out in “State of the Polar Bear Report of 2020,” “Results of three new polar bear surveys were published in 2020. All three populations were shown to be either stable or increasing.”

“At present,” Crockford notes, “the official IUCN [International Union for Conservation of Nature] Red List global population estimate, completed in 2015, is 22,000–31,000 (average about 26,000) but surveys conducted since then, including those made public in 2020, would raise that average to almost 30,000. There has been no sustained statistically significant decline in any subpopulation.”

By comparison, scientists generally agree that the global polar bear population was only about 5,000 during the mid-twentieth century. The polar bear population has increased by approximately 600% as the Earth has modestly warmed during recent decades. Clearly, polar bears are not going extinct, nor have they passed a “point of no return” in which their extinction is imminent, reasonably likely, or a forgone conclusion.

An apologist for the Times might argue that the Times was merely addressing polar bears in one specific location – cherry-picking a small subpopulation of polar bears, leaving readers with the false impression that polar bear numbers in general are rapidly declining, but not technically lying. However, even that line of reasoning is flawed.

Polar bear numbers in Churchill remain problematically large. As noted by Canadian Press-Global News, there has recently been a “record number of polar bear clashes in Churchill.” Also, the UK Guardian reports, “For Canada’s remote towns, living with polar bears is growing more risky.” Ironically, climate activists blame global warming for the increasing frequency in which a growing number of polar bears are causing trouble in Churchill and other Canadian towns, while at the same time claiming global warming is threatening polar bears with imminent extinction. However, you can’t have it both ways.