The New York Times (NYT) version of the story is, titled “How bad is western drought? Worst in 12 centuries, study finds.” NPR’s coverage of the research was titled, “Study finds western megadrought worst in 1200 years.”

Both dramatic headlines refer to a new paper in Nature Climate Change (NCC), titled “Rapid intensification of the emerging southwestern North American megadrought in 2020–2021.” Lead author Park Williams, describes himself as a “bioclimatologist.”

The paper performs tree ring analysis (of roof beams) from Southwestern archeology sites dating back to 800 A.D., with Chaco Canyon being one of the sites used for data. According to the paper, data were spliced together with living tree ring cores to form a complete SW US regional wet/normal/dry picture spanning about 1200 years.

It is well established that coniferous trees grow better annually in wet conditions, yielding wider rings rather than dry conditions which give narrower rings, so, as far as Williams analysis goes, the basis of the science is sound concerning historical representations of precipitation.

The tree ring data tells a story of five major Southwest US droughts since 800AD. The claim is that the worst is at present; the next worst was a period lasted 23 years in the late 1500’s. To a reasonable person, this should mean these periodic western droughts have little to do with climate change.

However, there is some trickery afoot. Williams has redefined megadrought and ignored available data to support his assertion that humans are causing a megadrought. As Dr. John Christy of the University of Alabama in Huntsville explained in an email to me:

These guys redefined a mega drought down to 22 years so it was optimized to fit the most recent 22 years. Had the used 30+ years, they don’t have a result. The alpine lakes of the Sierras are fine now, but during the real mega droughts, these lakes dried up so that forests could grow in the lake beds. The use of models is inadmissible because they fail in producing natural variability which was the cause of the previous megadroughts.

That story, presented a graph (Figure 1 below) from another tree-ring study:

Figure 1 above uses data from the 2007 E.R.Cook et al. study  showing severe droughts lasting as long as 200 years going back to 1200 years ago. Meanwhile, at the far right, the drought we’ve experienced in the 21st century is clearly evident and miniscule by comparison.

Williams conveniently forgot to mention those droughts. Maybe he should look at what the Los Angeles Times had to say about it in 1994: 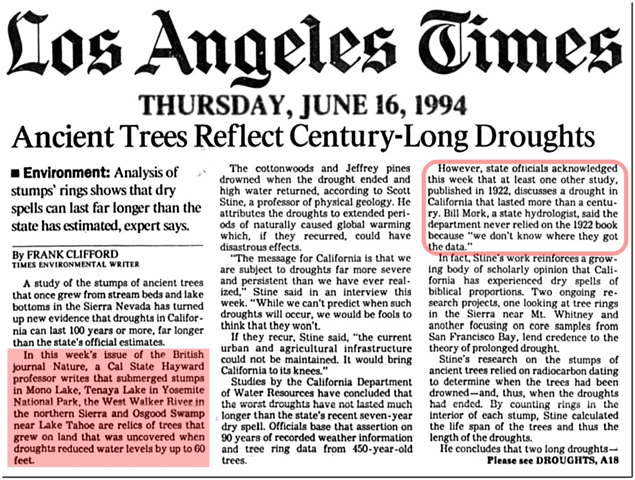 How did Williams arrive at that conclusion? According to William’s analysis, present trees show about 20  greater drought severity than in the late 1500’s. By his reasoning, the difference MUST be completely “climate change” related rather than natural variability. NYT says so. NCC says so. A bioclimatologist says so.

Williams closed the NPR interview with this gem;

“We cannot let ourselves get tricked by a few wet years into giving up on the progress we’ve been making.”

By “we”, he must mean the USA. It surely isn’t India and China who aren’t reducing CO2 emissions at all.  See Figure 2. 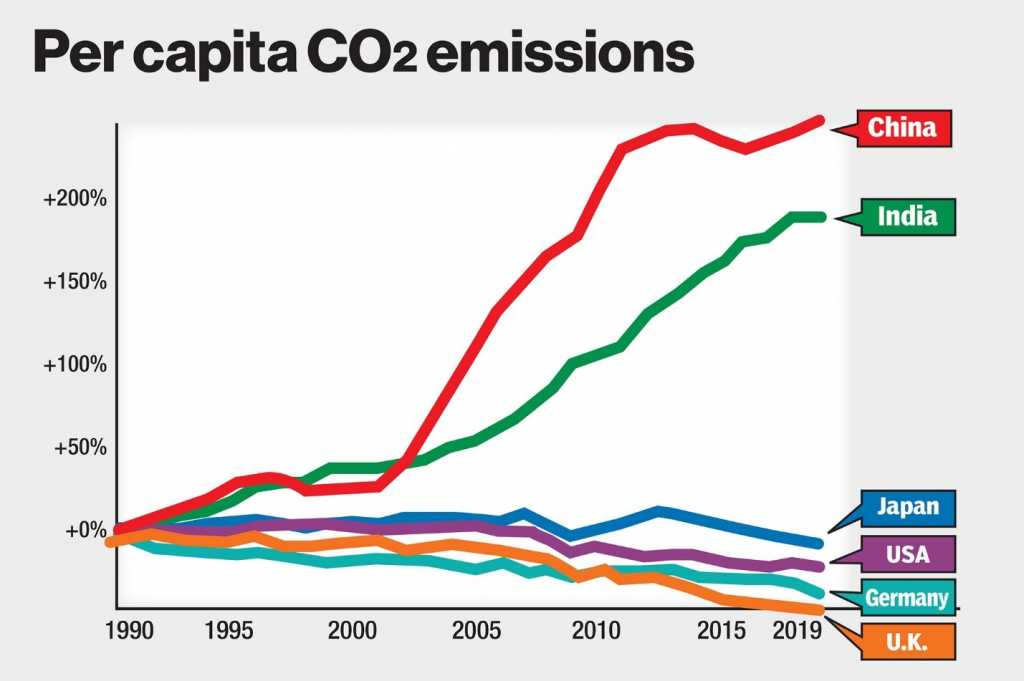 Figure 2. Carbon dioxide (CO2) emissions from the burning of fossil fuels for energy and cement production by country. Graphic from New York Post.

Reality check: There have been droughts in the west as long as two hundred years, Mauna Loa’s Keeling curve shows no CO2 progress whatsoever, and Williams own regional research shows normal and wet years will return, but apparently, all these facts are irrelevant to Williams viewpoint of “giving up on the progress” if we don’t immediately kowtow to the green agenda of reducing our own energy use.

Thanks, Washington Times, For Presenting the Unalarming Facts About Global Warming