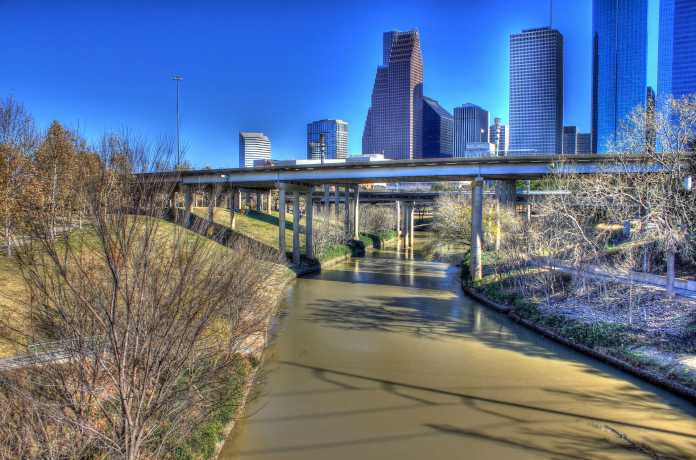 A search of Google news for phrase “climate change” found an article in the Texas Tribune in which the writer, Erin Douglas, repeats the tired claim that scientists agree human caused climate change is causing increases in extreme weather. This claim is doubly false. First, there has been no increasing trend in hurricane strength, droughts, or that a warmer climate is causing colder winters. Second, there is no consensus among scientists that climate change will necessarily make the weather worse.

In the Texas Tribune article, titled “A year after the electric grid failed, Texas focuses on reliability, not climate change,” its author rightly points out that there are issues with renewable power sources like wind and solar, due to their dependence on weather and consequent unreliability. Despite these drawbacks, Douglas maintains greater reliance on these sources are necessary due to anthropogenic climate change and its alleged effect on extreme weather events.

If climate change does not slow, scientists agree that the severe weather that’s already straining the Texas grid is likely to become worse: Climate scientists project increased frequency and severity of droughts, stronger hurricanes and rising overall temperatures, among other effects in Texas.

Emerging science also suggests that climate change may swing cold air much farther south than it might have previously, contributing to severe and long-lasting cold snaps such as last year’s winter storm.

In fact, data show that there is no increasing trend in hurricane frequency or intensity, especially in the Gulf of Mexico. The U.N. Intergovernmental Panel on Climate Change (IPCC) says there is “only low confidence for the attribution of any detectable changes in tropical cyclone activity to anthropogenic influences.” The IPCC’s admission is confirmed by the Hurricane data presented in the graphic below. 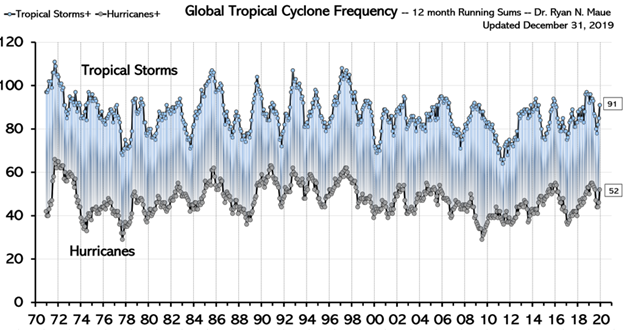 Climate alarmists often argue that the modest warming of the oceans will “supercharge” hurricanes in the Gulf, but they ignore the effect of increased wind shear also associated with warming. As discussed in in Climate at a Glance: Hurricanes, scientists have learned that global warming is likely to cause more wind shear in places where hurricanes form and intensify. Wind shear tends to dissipate and disrupt the formation and continuation of tropical cyclones.

Contrary to Douglas’ assertion, the IPCC is makes clear scientists don’t agree that droughts have been or will increase due to climate change. In its most recent Climate Assessment Report, AR6, the IPCC distinguishes four categories of drought: hydrological, meteorological, ecological, and agricultural. According to the IPCC, there is limited evidence climate change has increased the number, duration, or intensity of hydrological or meteorological droughts, and it has only medium confidence it has “contributed to changes in agricultural and ecological droughts and has led to an increase in the overall affected land area.”

For ecological and agricultural droughts the data is a mixed bag. The IPCC divides the world into 47 separate regions of study when analyzing drought trends, and its data suggest ecological and agricultural drought may have increased during the period of modest warming in 12 of those 47 regions. However, in only two of those regions does the IPCC have even “medium confidence” for any human role in the observed increase. For the remaining regions experiencing a possible increase in droughts, the IPCC has low confidence human activities have had any discernible impact. 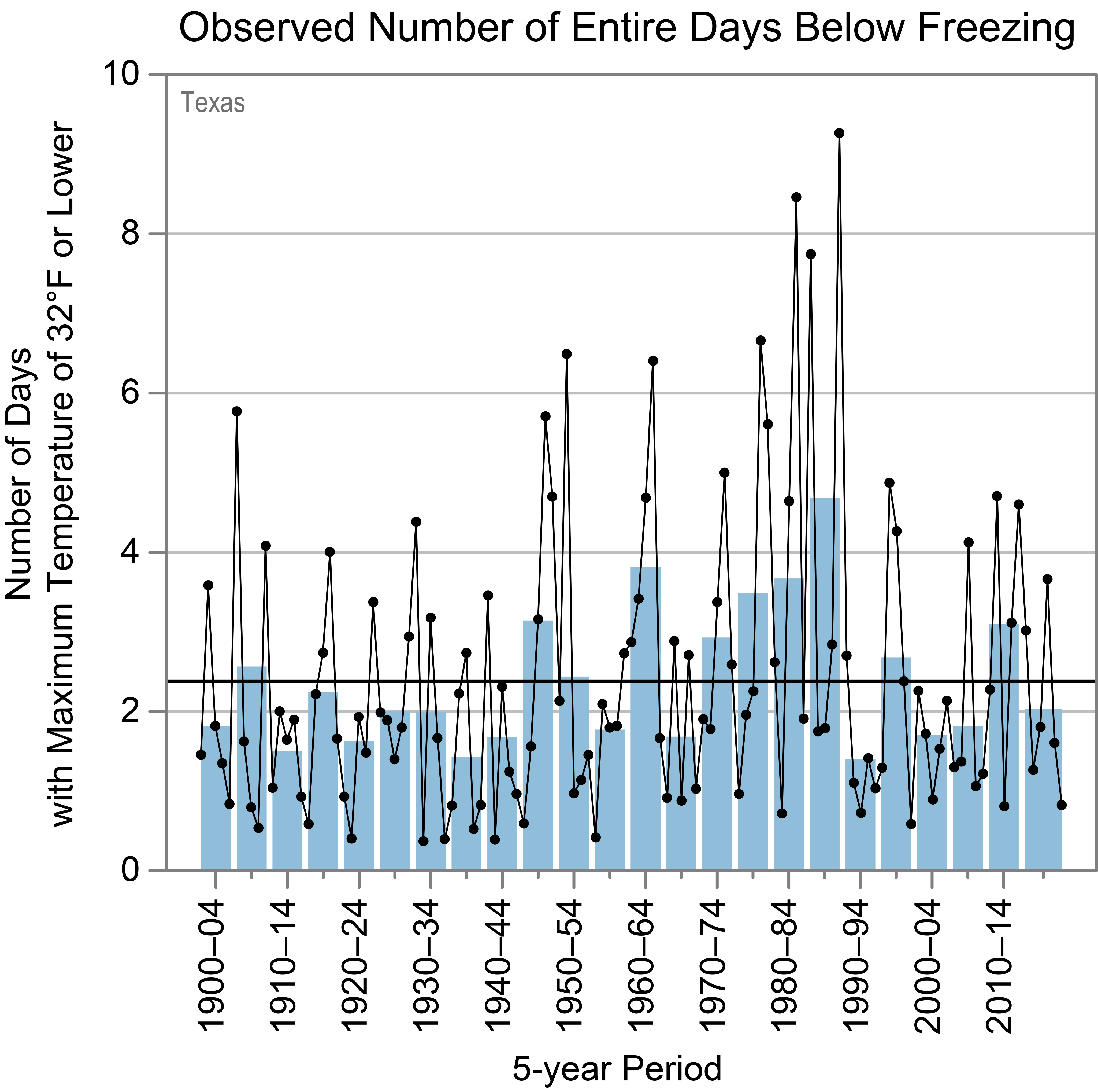 The debate continues as to what effect modest warming may have on weather patterns, but the available data makes evident there is no strong trend of increasing weather extremes that would necessitate abandoning the reliable natural-gas dominated grid of Texas. Indeed, if weather extremes were becoming more likely, making the electric grid even more dependent on weather being predictable and consistent, as Douglas endorses, would almost certainly result in more frequent and prolonged power failures, like Texans experienced last winter, rather than fewer blackouts. The best way to secure any power grid is to reduce the weather’s ability to affect it. That means maintaining existing reliable electric power sources like coal, natural gas, and nuclear facilities, and building more of them to ensure sufficient electric power for a growing state population.

Linking extreme weather events to climate change is fearmongering, preying on peoples’ natural and reasonable fear of the power and destruction these events display. The data, by contrast, make clear humans are less vulnerable to climate extremes than ever before. Let’s not reverse course now, by giving uncontrollable weather a greater ability to impact our power and transportation systems.