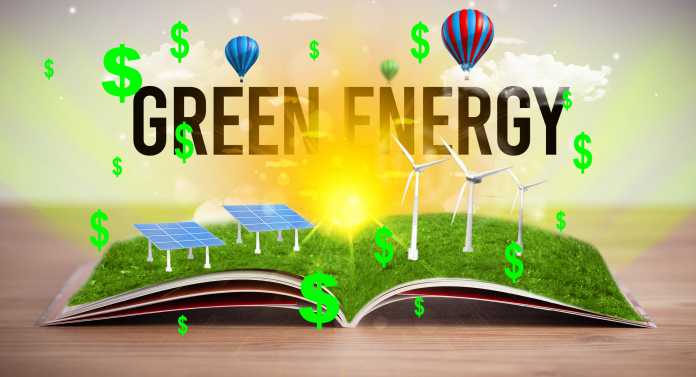 When President Biden says that the U.S. will become energy independent by way of programs like the Green New Deal, perhaps the first question to ask is, “Does that make sense?” For any thinking person cognizant of even the basic energy facts, the answer should come back, “No.”

The bulk of U.S. energy consumption in 2020, according to the U.S. Energy Information Administration (EIA), broke down as follows: 79 percent from petroleum, natural gas and coal and nine percent from nuclear-generated electricity. Solar and wind — the darlings of Green New Dealers — provided less than five percent.

So, are so-called green sources going to replace hydrocarbons anytime soon? Common sense suggests not. But if that isn’t good enough, there are plenty of data supporting a negative answer.

One man steeped in facts and figures is Mark Mills of the Manhattan Institute. He puts it this way:

Scientists have yet to discover, and entrepreneurs have yet to invent, anything as remarkable as hydrocarbons in terms of the combination of low-cost, high-energy density, stability, safety, and portability. In practical terms, this means that spending $1 million on utility-scale wind turbines, or solar panels will each, over 30 years of operation, produce about 50 million kilowatt-hours (kWh)—while an equivalent $1 million spent on a shale rig produces enough natural gas over 30 years to generate over 300 million kWh.”

Mr. Mills says there is a fundamental misunderstanding about technological development that contributes to fanciful notions — like the president’s — that solar, wind and batteries can become dominant sources with a mere declaration from the White House or lobbying Congress.

This ‘new energy economy’ rests on the belief—a centerpiece of the Green New Deal and other similar proposals both here and in Europe—that the technologies of wind and solar power and battery storage are undergoing the kind of disruption experienced in computing and communications, dramatically lowering costs and increasing efficiency, he says.

But this core analogy glosses over profound differences, grounded in physics, between systems that produce energy and those that produce information. In the world of people, cars, planes, and factories, increases in consumption, speed, or carrying capacity cause hardware to expand, not shrink. The energy needed to move a ton of people, heat a ton of steel or silicon, or grow a ton of food is determined by properties of nature whose boundaries are set by laws of gravity, inertia, friction, mass, and thermodynamics—not clever software.

In other words, there is a major difference between the possibilities for technological progress in the things that use energy — smart phones and computers, for example — and in the ways to make energy.

(S)ometimes, the old or established technology is the optimal solution and nearly immune to disruption,” says Mr. Mills. “We still use stone, bricks, and concrete, all of which date to antiquity. We do so because they’re optimal, not ‘old.’ So are the wheel, water pipes, electric wires … the list is long. Hydrocarbons are, so far, optimal ways to power most of what society needs and wants.

This is partly why 70 percent of likely U.S. voters recently told Rasmussen that they favor the government’s encouraging increased oil and gas production to reduce dependence on foreign sources. Most people want reliable, affordable energy, and hydrocarbons give it to them.

In addition to fossil fuels being exceptional sources of energy, some of the alternatives are turning out to be more of a public nuisance than an environmental benefit.

“Of the many whoppers that renewable-energy promoters use while advocating for huge increases in the use of wind and solar, the most absurd claim is that building massive amounts of new renewable energy capacity won’t require very much land,” says Robert Bryce in a Forbes article.

Concerns that include land use, noise and aesthetics have led to more than 300 U.S. wind projects being rejected or restricted since 2015 and 13 large solar projects being turned down in 2021 alone, according to Mr. Bryce’s count.

The backlash, he says, “is raging from the fishing docks in Montauk and Rhode Island, to … Vermont (where, by the way, you can’t build wind turbines), out west to Shasta County and Oahu, as well as in Canada, Germany, France, Australia and other countries around the world.”

In Britain, a political movement against Prime Minister Boris Johnson’s Net Zero policy to “decarbonise” the economy by 2050 is being launched by Nigel Farage, the former Brexit Party leader.

“If we are not careful, the only zero will be the amount in people’s bank accounts as we send our jobs and money overseas,” says Mr. Farage.

So, whether it’s laws of physics or forces of economics and politics, there is plenty to keep the green energy dream just that — a fevered vision of a climate cult.

Gregory Wrightstone is a geologist, Executive Director of the CO2 Coalition in Arlington, Virginia and an expert reviewer of the Intergovernmental Panel on Climate Change (AR6). He is bestselling author of Inconvenient Facts: The Science that Al Gore doesn’t want you to know.