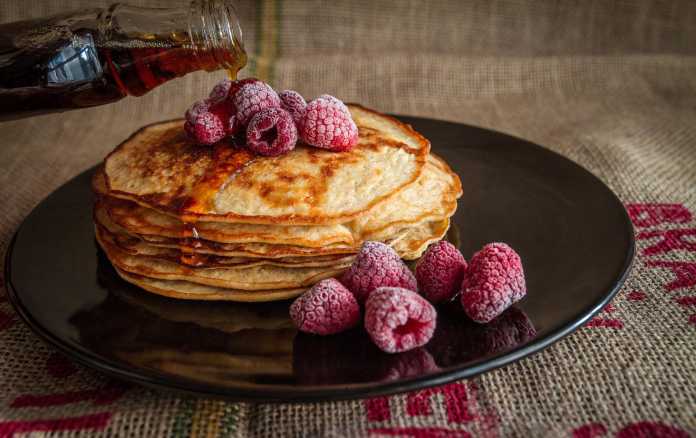 A google search for “Climate Change” this morning turned up an article from USA Today, which says that maple syrup production is at risk because of climate change, and that the range of maple trees will be restricted farther north. Data, however, shows that maple syrup production has increased over time in the United States despite modest warming and shorter sugaring seasons.

The article, “‘This is our forest’: Climate change means uncertain future for maple trees, syrup season,” contains interviews with Native Americans and researchers who all worry about the impact of warming on maple production, saying that “Rising temperatures affect the maple trees, with the warmer climate bringing more weather extremes, an earlier sap flow, shorter sugaring seasons and invasive insects.”

These kinds of claims are hardly new, in fact Climate Realism covered this exact argument back in 2020, here, and again in 2021 here. It is true that maple trees require cold nighttime weather and warm springs to produce the sugary sap that is made into syrup, but so far, the data does not bear out that moderate warming is harming production at scale. Data from the U.S Department of Agriculture on maple syrup production show that while the number of taps has decreased along with the season length, total maple syrup production has increased along with yield per tap.

There is no evidence to indicate that technological development is not keeping up with the slight warming the earth has experienced since the last ice age. Not only that, but Pulver further undermines her argument when she also admits that the sugar season has been changing for quite some time, before the industrial revolution caused increased carbon dioxide emissions. Pulver writes that “[c]limate-related change to the maple sugar season began more than a century ago, then accelerated in the latter half of the last century[…]”

This acceleration may be referring to the earlier onset of spring in recent years, which may be true but the benefits of early spring for other plants and human health cannot be ignored, as discussed in these Climate Realism posts here, here, and here.

It is likely that the reason the alarm is being rung on maple trees is less about observable trends, but rather those generated by a prognosticating computer model, as described by Pulver when she writes “Climate models vary on how much the warming planet will affect the maple tapping season.”

Since unalarming news doesn’t make the news, of course USA Today leans in on the worst-case scenario, which is the only explanation for a case in which somehow despite increasing yield, maple syrup production is supposed to suddenly die off. These models are notoriously extreme in their projected temperature changes and impacts, as Climate Realism has repeatedly shown more than 17 times, and most recently in the post “Hooray! Some Scientists Honestly Reporting That Climate Models Run “Too Hot”,” climate scientists are making the case that research that uses averages of these models is likely inaccurate by a large margin.

“Now a group of climate scientists argues in a commentary published recently in Nature, researchers should no longer use the average of all the climate model projections, which contains Representative Concentration Pathway 8.5 (RCP 8.5), the highest emission scenario ever used. They say this can result in global temperature projections by 2100 up to 0.7°C warmer than an estimate from the Intergovernmental Panel on Climate Change (IPCC).”

The increasing yield of maple syrup production hardly points to a looming disaster for the industry any time soon. As to the claim that the trees themselves will be restricted to only growing up north, this is false as well; there are hundreds of varieties, many of which grow across the hot American Southern states. Sure, they don’t produce commercially feasible quantities of sap, but they’re hardly extinct. Reliance on inaccurate and extreme climate models guarantees inaccurate and extreme projections. Vermont is not going to develop the climate of Georgia, despite what climate alarmists may claim.

Correct, The Epoch Times, Eating Bugs is Not Necessary or Desirable