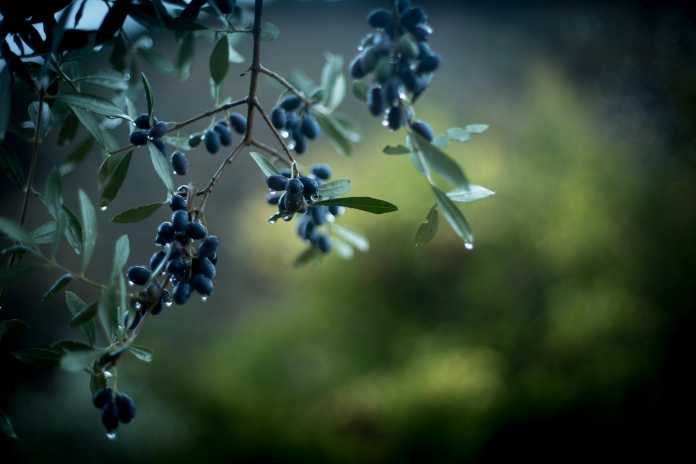 A Google News search for the term “climate change” today turned up a story published on HortiDaily which claims climate change is causing huge losses for Spain’s agriculture industry. It’s likely most of Spain’s farmers would be surprised by this claim since data indicates it is false. Although farm production and yields vary from year to year; rising and falling along with the weather, pest outbreaks, and crop prices, among other factors, since 1990 data show crop production and yields in Spain have grown substantially.

The author of the HortiDaily article, titled “Climate change is already taking its toll on Spanish agriculture,” writes, “[t]he agrifood sector is one of the driving forces of the Spanish economy …. But the sector depends on agricultural production that is threatened by climate change, and rising temperatures could trigger a series of effects with major consequences for the agricultural environment and the economy as a whole.”

Citing a study by the Spanish farmers’ organization COAG, Hortidaily claims climate change is negatively impacting the olive groves, vineyards, and cereals, in particular. Data from the United Nations Food and Agriculture Organization (FAO) refutes this claim. FAO data show, between 1990 and 2020 (see the figure below): 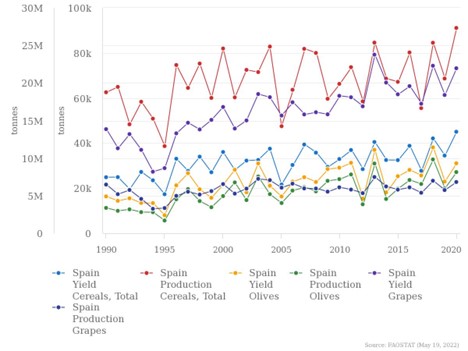 The evidence proves rather than climate change threatening the viability or profitability of Spain’s agriculture industry, modest warming has improved the prospects for both.

Of course, as explored in Climate Realism here, here, and here, for example, what’s true of crops in Spain is true for most countries and regions around the world.

Longer growing seasons, fewer late season frosts, and improved carbon dioxide fertilization have contributed to global crop production regularly setting records, resulting in the largest decline in hunger and malnutrition in human history. If it wants to serve its readers well, this is the good news HortiDaily should be reporting, instead of trying to stoke fears of climate change.