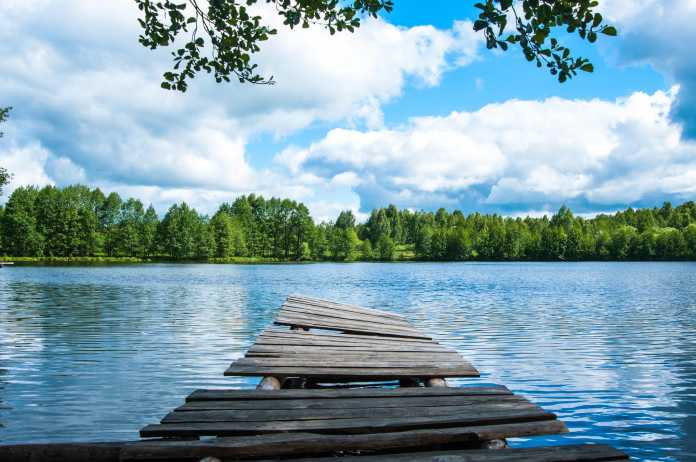 Near the top of the search results on Google news for the term “climate change” is a story from LiveScience claiming that climate change is causing worsening weather events globally, for example, flooding and drought, hurricanes, and cold snaps. These claims are false. Data show there is no measurable worsening trend for any of these weather conditions globally.

Experimental data and climate models suggest this warming will affect weather in a variety of ways, making it hotter and colder, more extreme, more chaotic and in a word, “worse.” For example, as the world gets warmer, more water evaporates from the surface of dry areas and increases precipitation in wet areas, according to Weart. In other words, dry areas get drier and wet areas get wetter. More moisture in the atmosphere in a warming planet can also lead to heavier snowfall during the winter.

Weart’s claims demonstrate either that he is not, in fact, familiar with actual weather-related data, or he more concerned about generating political action to fight climate change rather than following the evidence and describing current weather data factually. Real world measurements of droughts, floods, and snowfall refute the claims made by Weart in the LiveScience article.

Concerning floods, the U.N. Intergovernmental Panel on Climate Change (IPCC) admits that there is only “low confidence” that there is any change in the flooding resulting from severe rainfall worldwide, even as they say precipitation has increased over mid-latitudes. The IPCC also reports “low confidence” about any trends in drought globally, as explained in Climate at a Glance: Drought.

Pester notes these extreme weather forecasts are based climate models and “experimental data.” Why not use actual data, one might ask? Especially since, as pointed out on Climate Realism on multiple occasions, such as here, here, and here, the model simulations used by scientists run way too hot, unrealistically so. Over time, these models have become less accurate, not more, as they have become larger and more complex. Recent publications in Nature identify the problem with these models, and chastise scientists who seem to prefer using the most extreme of the models in order to paint a more alarming picture.

“Weart pointed to severe North Atlantic hurricanes in the Caribbean and U.S. in recent years, as well as hurricanes, or tropical cyclones, around the world as examples of worsening weather. ‘There’s very little question that everywhere the hurricanes are getting worse,’ he [Weart] said.”

This is simply false. As discussed in Climate Realism posts like “New Data: Increasing Hurricane Frequency Due to Better Observation, Not Climate Change,” there is no evidence hurricanes are becoming more frequent. A fact confirmed in the IPCC’s most recent Sixth Assessment report. Science indicates, any increase in the number of reported hurricanes is due to better detection and tracking of hurricanes at sea, not an actual increase in the number of hurricanes forming. Nor, as reported in repeated Climate Realism posts show, for instance, posts here, here, and here, does data support the assertion that the hurricanes that have formed during the decades of recent warming are becoming more powerful. There is no detectable trend in major, Category 3 and above, landfalling hurricanes, (See figure below). Indeed, as discussed in Climate at a Glance: Hurricanes, the United States recently went more than a decade—2005 through 2017—without a major hurricane making landfall. That is the longest such period in recorded history. 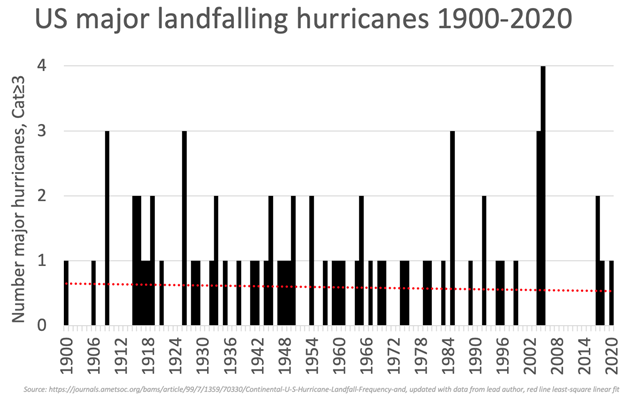 LiveScience also uncritically repeats Weart’s unverified claim that “global warming could be causing colder snaps,” in reference to recent polar vortex weather events in North America. Data presented in Climate at a Glance: Cold Spells, show that there has been no increase in the frequency or severity of cold snaps. The formation of large polar vortexes during recent winters, is not historically unique and was due to a weakened jet stream. Such events have been known to science and observed for more than a hundred years.

Data verification is critical improving our knowledge of the world and to scientific advances. If Patrick Pester and LiveScience were interested in sound science or good honest journalism, the article would have presented some actual data and the points of view of scientists who disagreed with Weart’s analysis. Instead, LiveScience uncritically published demonstrably false claims made by a single scientist, based on faulty attribution modelling. That’s bad science compounded by bad journalism.