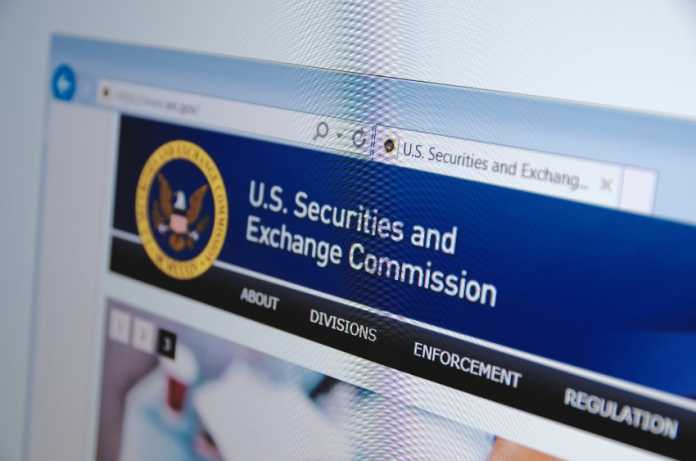 The U.S. Securities and Exchange Commission (SEC) recently proposed requirements for publicly traded companies to disclose information about purported climate-related risks – such as drought, wildfires, heat waves, etc. that could have an impact on their business, as well as “climate plans” that the company has developed in response to climate risks. Companies would also be required report their greenhouse gas emissions. The rule also requires publicly traded companies to require the companies in in their supply chains to report their emissions and climate responses to the publicly traded companies. SEC’s stated goal for this rule is to provide “consistent, comparable, and reliable – and therefore decision-useful – information to investors.

The SEC’s fact sheet about the rule is available here.

In April, shortly after SEC proposed the rule and opened it for public comment, H. Sterling Burnett, Ph.D., director of the Arthur B. Robinson Center on Climate and Environmental Policy at The Heartland Institute, provided comments, arguing the proposal was unjustified and, based on the SEC charter, that it goes beyond Commission’s mission.

Princeton Professor, emeritus, William Happer, Ph.D., and MIT Professor, emeritus, Richard Lindzen, Ph.D., have also reviewed the proposed rule and filed a critical comment on it with the SEC. In addition, they have filed an amicus curiae court brief with the U.S. Court of Appeals for the Fifth Circuit stating that they do not believe there is a climate-related risk related to burning fossil fuels, and the resulting CO2 and other greenhouse gas (GHG) emissions.

Below are excerpts of the comments they delivered to the SEC:

“It is utter nonsense,” said Happer.

Happer, who has studied possible CO2 related climate change for over 40 years, succinctly states his opinion:

Lindzen, who has studied climate science even longer than Happer, stated:

“What historians will definitely wonder about in future centuries is how deeply flawed logic, obscured by shrewd unrelenting propaganda, actually enabled a coalition of powerful special interests to convince nearly everyone in the world that carbon dioxide from human industry was a dangerous, planet-destroying toxin.

“It will be remembered as the greatest mass delusion in the history of the world – that carbon dioxide, the life of plants, was considered for a time to be a deadly poison.”

One critical section of their filed comment examines the relationship between temperature trends and carbon dioxide concentrations:

600 Million Years of CO2 and Temperature Data Contradict the Theory that High Levels of CO2 Will Cause Catastrophic Global Warming, Thus Confirming There is No Reliable Scientific Evidence Supporting the Proposed Rule 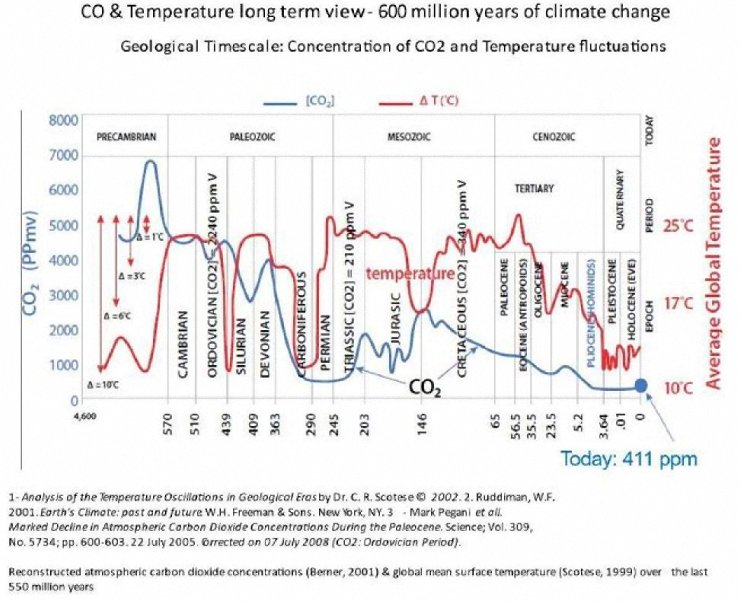 The chart (above) shows:

Thus, Paleoclimate data going back 600 million years to the present show an inverse relation between CO2 and climate temperatures most of the time, and little correlation between them, implying that the effects of CO2 on global average temperatures are, in fact, marginal. Although the data are based on various proxies, with the attendant uncertainties, they are good enough to demolish the argument that atmospheric CO2 concentrations control Earth’s climate.

Thus, in our opinion, science demonstrates that there is no climate emergency and no climate related risk caused by fossil fuels and CO2.

Therefore, there is no reliable scientific evidence that supports the SEC proposed rule. Further, contrary to what is commonly reported, CO2 is essential to life on earth. Without CO2, there would be no photosynthesis, and thus no plant food and not enough oxygen to breathe.

Moreover, without fossil fuels there will be no reliable, low-cost energy worldwide and less CO2 for photosynthesis making food. Eliminating fossil fuels and reducing CO2 emissions will be disastrous for the United States and the rest of the word, especially for lower-income people.

Thanks, Guardian, For Questioning the Virtues of Biomass

Kudos to the Wall Street Journal for Getting it Right on...

The Dems’ New Proposal Does Nothing To Lower Inflation