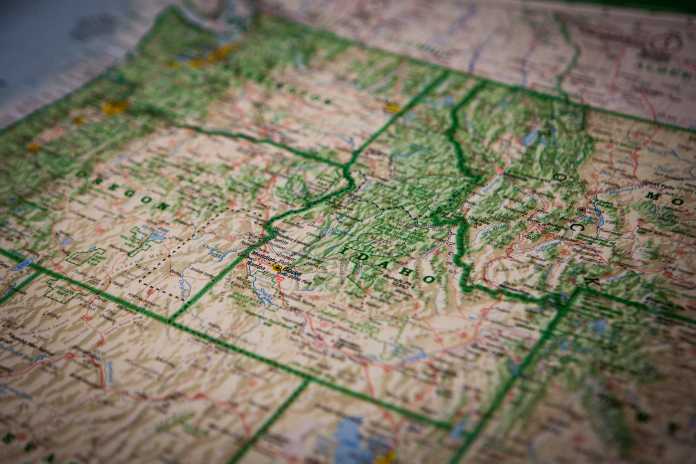 A recent article in the Idaho Statesman claims climate change has led to a dramatic increase in temperatures and a decline in precipitation. Neither claim is accurate. Data show Idaho was as hot or hotter in the 1930s, nearly 100 years of global warming ago, as it is at present. In addition, although Idaho has suffered a couple of years of below normal rainfall and snowfall, long-term data from the National Oceanic and Atmospheric Administration (NOAA) demonstrates a modest increase in precipitation over the past 100 years, and a decline in drought and extreme swings in rain and snowfall from year to year.

In the article, “How has climate change hit Boise? What 150 years of weather data tells us,” reporter Nicole Blanchard writes:

After a scorching August — the hottest ever recorded here — the effects of climate change may feel closer to Boise than ever. And according to local weather statistics, temperatures, precipitation and other environmental factors have shifted noticeably in the last few decades and the 150 years since record-keeping began.

National Weather Service data shows Idaho’s summers are becoming hotter, overnight low temperatures are warming, and the average number of days with temperatures over 100 degrees has more than doubled in the last 30 years.

“It’s a totally different climate than our parents and grandparents grew up in,” Jay Breidenbach, a meteorologist at the Weather Service Boise office, told the Idaho Statesman in a phone interview.

Perhaps, but not hotter than temperatures experienced by Idahoan’s great-grandparents. A careful examination of the National Weather Service data cited in the Idaho Statesman article reveals the recent increase in temperature over the past 30 years is a recovery from extremely low average temperatures experienced in Idaho in the early to mid-1980s. Records show, the 1930s, decades before humans began adding large amounts of greenhouse gasses to the atmosphere, were as warm or warmer than Idaho is presently. Indeed, maximum average, minimum average, and average temperatures in 1934 alone were each higher than any year since, with the highest single day temperature ever measured in Idaho, 118℉, being recorded on July 28, 1934.

It is true that, as with the United States as a whole, average reported temperatures have increased by about a degree over the past century, largely due to higher nighttime low temperatures. But, as explained in the study “CORRUPTED CLIMATE STATIONS: The Official U.S. Temperature Record Remains Fatally Flawed,” this is largely an artifact of the improper siting and maintenance of the U.S. land based temperature stations. Higher nighttime temperatures are due to heat being released overnight from impervious surfaces in urban areas. As documented by meteorologist Anthony Watts, Idaho boasts one of the most poorly cited rural stations, being placed atop a brick wall, next to a parking lot above a hot springs location frequented by thousands of tourists each year.

Climate Realism has reported on problems with the surface station network many times, for instance here, here, and here.

Evidence presented in the detailed study by James Taylor, president of The Heartland Institute, “Climate Change and Idaho: A Scientific Assessment,” directly refutes the temperature and heat wave claims made in the Idaho Statesman article.

The adjusted data from the NOAA, which dates back to the late 1800s, show temperatures in Idaho are rising at a pace of approximately one-tenth of a degree F (0.06 degrees C) per decade. This translates to 1 degree F (0.6 degrees C) per century. This is well within natural historical variation and merely one-third of the 3 degrees C of warming that was predicted by the United Nations’ flawed computer models.

Also importantly, there has been no increase in the modest pace of warming in recent years in Idaho. For example, Idaho temperatures during the past 15 years show an average temperature increase of one-tenth of a degree F per decade, the same rate of increase as the longer-term data.

Concerning rainfall, what may be true for Boise, it certainly not true for Idaho as a whole. As Taylor’s report details, despite below average rain and snowfall in recent years:

NOAA data also reveal there has been a modest increase in Idaho precipitation since the late 1800s, which should alleviate concerns that global warming is causing droughts in the state. Although drought has occurred in Idaho during the past few years (a condition that has happened intermittently throughout the historical record), the modest long-term increase in participation occurring since the late 1800s has persisted thus far in the twenty-first century. Moreover, the summer drought months of July, August, and September each show either no change in average precipitation or a modest increase in average precipitation compared to a century ago.

What the data show, in fact, is that while the overall trend for the frequency of droughts is unchanged since 1910, the frequency and severity of the worst droughts has declined significantly (See the figure below).

Climate change has resulted in modestly warmer temperatures in Idaho, As of yet, however, temperatures and heatwaves have yet to exceed those Idaho experienced in the 1930s, and precipitation has actually increased, contrary to what was reported by the Idaho Statesman. That’s good news. It’s a shame the Blanchard didn’t report it.