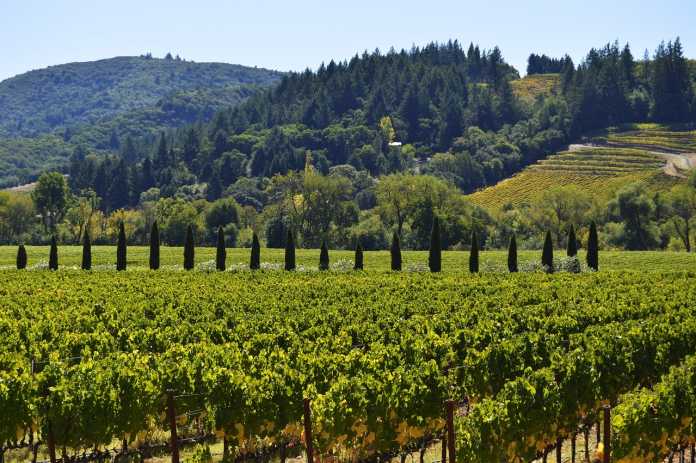 Among the top results today for a Google News search of “climate change” is an article in the Bakersfield Californian titled, “Climate change report forecasts hard times for Kern ag.” The article addresses a newly published report produced by a climate change activist group in conjunction with California state officials. The report claims climate change is setting up harmful conditions for California agricultural production.

The truth, however, is that a century of modest warming has brought increasingly beneficial temperatures and climate. Crop production is setting records virtually every year in Southern California, California as a whole, the United States, and globally.

Crop production in 2020 is shaping up even better, with more new records forecast. The Sacramento Bee, for example, published an August 5 article titled, “This is what harvest of a 2020 record 2020 almond crop looks like.”

In fact, crop yields are so strong that some farmers are making news hoping for adverse weather to occur. The Californian itself reported this just last month, in an article titled, “Almond growers fret over expectations for another record harvest.” The article noted that record almond production is causing lower almond prices, making it harder for farmers to profit from their crop. The article noted that February’s almond tree blooms were “close to perfect” under ideal temperatures and climate conditions Curiously, the Californian failed to mention climate change’s role in the close-to-perfect climate conditions and record almond production.

The national crop outlook is just as strong. The U.S. Department of Agriculture forecasts record crop yields this year for the important corn and soybean crops, as well as other crops. This builds upon consistent growth in U.S. crop production and records being set on a near-annual basis.

Globally, the United Nations Food and Agriculture Organization (FAO) forecasts the 2020/2021 crop season will set yet another record for crop production. FAO reports global crop production has increased more than 10 percent during the past decade.

In summary, Google News and the corrupt media are once again reporting fake news and fake science. Global warming has brought about perfect California climate conditions and record crop production. Even as this happens, the media are deceiving people by reporting climate change is ushering in a California crop crisis.