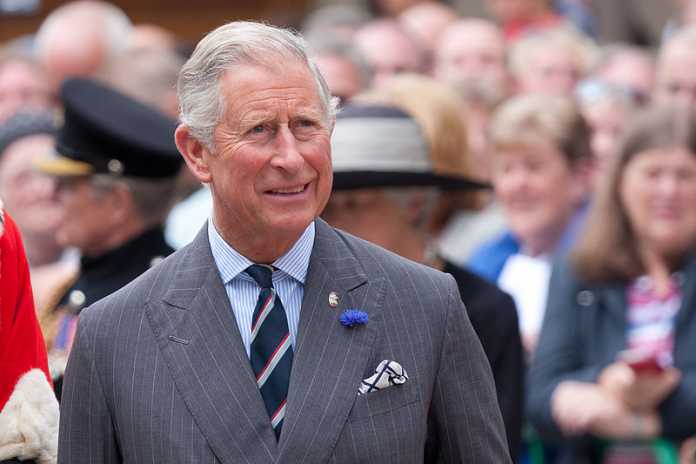 Prince Charles is fond of lecturing commoners about how we need to sacrifice our lifestyles to reduce carbon dioxide emissions, but he is dealing with a royal case of embarrassment after having been exposed hypocritically jaunting around the world in private jets and helicopters.

In July 2019, Charles said we have just 18 months to keep climate change “to survivable levels.” That would leave us with less than 12 months to save the planet. Considering such apocalyptic consequences and such little time to act, one might expect to see Charles doing everything possible to drastically reduce his own carbon footprint, but that most certainly has not been the case.

In an 11-day span in January, during which he met with child climate activist Greta Thunberg and lectured the rest of us about carbon dioxide emissions, Charles’ private aircraft logged 16,000 miles, many of which were racked up by empty aircraft dispatched for his personal convenience. Others were for short trips that could have been easily traveled by rail or automobile.

According to climate activists, air travel—and especially private air travel—is one of the most wasteful and unnecessary sources of carbon dioxide emissions and a major cause of climate change.

As illustrated by a flight map published in the Daily Mail, the royal flying spree began when an empty private jet flew 944 miles from Vienna to Scotland to pick up the prince. Charles then traveled 3,765 miles on the jet to Oman to attend a funeral. After dropping Charles off in Oman, the empty jet flew 2,847 miles back to its Vienna base. A different empty jet then flew 3,640 miles from the United Kingdom to pick him up again. Charles then traveled 3,610 miles on the jet back to the United Kingdom to personally participate in a “Megxit” meeting — concerning Duchess Meghan Markle’s split from the Royal Family — with Queen Elizabeth, Prince William, and Prince Harry. An empty helicopter was then sent 131 miles to pick up the prince after the meeting. From there, Charles flew 196 miles on the helicopter back to Scotland. The empty helicopter then flew 262 miles back to its base. Charles then flew 750 miles on a private jet to Davos, Switzerland, to make a quick appearance at the world economic forum and pose for photos with Greta. Later that same day, Charles flew 1,740 miles to Israel.

Ironically, while in Davos, Charles called for taxing much of the world to reduce CO2 emissions. According to Charles, it is time “to think about how we properly deploy taxes, policies, and regulation in a way that catalyzes sustainable markets.”

“Everything I have tried to do and urge over the past 50 years is being done with our children and grandchildren in mind, because I did not want to be accused by them of doing nothing except prevaricate and deny the problem,” he added, shortly before hopping aboard his private jet for yet another flight.

The Daily Mail quoted a Royal source making up excuses for the Climate Prince. “As soon as there is a more efficient way of traveling, bearing in mind all the factors involved, he’ll be the first to adopt them,” the source said.

This begs the question, what are “all the factors involved”? Given all the flight-shaming from Charles’ climate activist friends, do those factors include that he is a prince and therefore very important, while the rest of us are not? Or is his private jet spree excusable because he talked about how bad global warming is during one of his trips? Perhaps he really wanted a cheeseburger on one of those trips and emulated fellow climate activist Harrison Ford’s propensity to fly private airplanes hundreds of miles just to pick up burgers from a favorite restaurant?

Actions speak louder than words. Climate activists tell us we are facing an existential climate crisis, that we have less than a year to save the Earth, and we must make all sacrifices possible to reduce carbon dioxide emissions. At the same time, however, they show through their own actions how little they believe their own rhetoric.