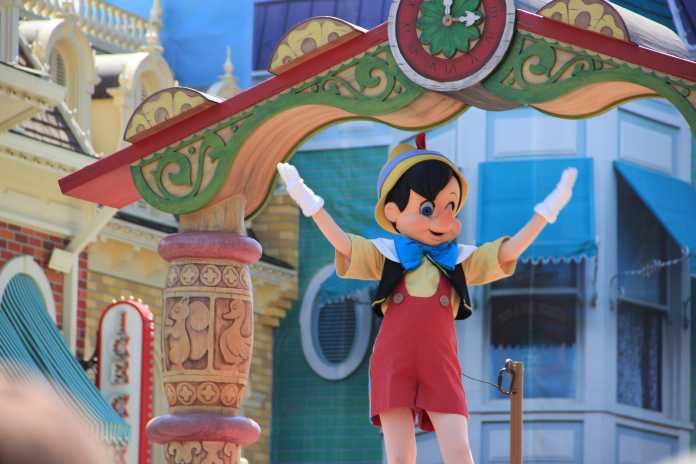 The UK Guardian is scandalously deceiving readers with a new article titled, “Climate crisis will deepen the pandemic. A green stimulus plan can tackle both.” The body of the article cites no authority, and presents no claim, that climate change is making the pandemic more severe. Instead, the article merely argues that alleged climate harms will seem that much worse to us coming after the coronavirus shutdown. But readers scanning article titles will be deceived into believing the news of the day is that climate change makes pandemics more severe.

The article, co-authored by sociologist Daniel Cohen and UN Intergovernmental Panel on Climate Change coordinating lead author Daniel Kammen, does make some factually disproven claims that climate change is causing and intensifying wildfires, floods, and hurricanes. However, the IPCC itself finds little or no evidence for any of those claims.

Drought is the critical climate component affecting the number and severity of seasonal wildfires, but droughts are becoming less severe. Indeed, the United States is benefiting from fewer and less extreme drought events as the climate modestly warms. In 2017 and 2019, for example, and the National Oceanic and Atmospheric Administration (NOAA) reports the United States set records for the smallest amount of the country experiencing drought. Also, NOAA reports the United States is undergoing its longest period in recorded history with fewer than 40 percent of the country experiencing “very dry” conditions.

Simultaneously, the IPCC reports with “high confidence” that precipitation has increased over mid-latitude land areas of the Northern Hemisphere (including the United States) during the past 70 years, while IPCC has “low confidence” about any negative trends globally.

Wildfires have not become more frequent or numerous in recent years. In the few regions that have experienced particularly severe wildfires, such as California and Australia, geologist Gregory Wrightstone and Montana state Sen. Jennifer Fielder explain that the root cause of these fires is government policies hampering proper land management in areas prone to wildfires.

Concerning floods, as explained in Climate at a Glance: Floods, there has been no evidence of increasing flooding frequency or severity in the United States or elsewhere as the climate modestly warms. Indeed, the IPCC writes it has “low confidence” in any climate change impact regarding the frequency or severity of floods, going so far as admitting “low confidence” in even the “sign” of any changes—in other words, it is just as likely that climate change is making floods less frequent and less severe.

And a study on the climate impact on flooding for the USA and Europe, published in the Journal of Hydrology, Volume 552, September 2017, Pages 704-717, found: “The number of significant trends was about the number expected due to chance alone,” and “Changes in the frequency of major floods are dominated by multidecadal variability.”

Concerning hurricanes, both the IPCC and NOAA have reported there has been no increase in number or severity hurricanes as the planet has modestly warmed.

The United States recently went through its longest period in recorded history without a major hurricane strike, experiencing its fewest total hurricanes in any eight-year period. And the IPCC’s 2018 Interim Report observes there is “only low confidence for the attribution of any detectable changes in tropical cyclone activity to anthropogenic influences.”

Shame on Kammen for misrepresenting the findings of the IPCC report he helped assemble. And shame on the Guardian for exploiting the real crisis of the coronavirus pandemic to deceive people about climate change.

No, Climate Change Is Not to Blame for Modest Colorado Drought