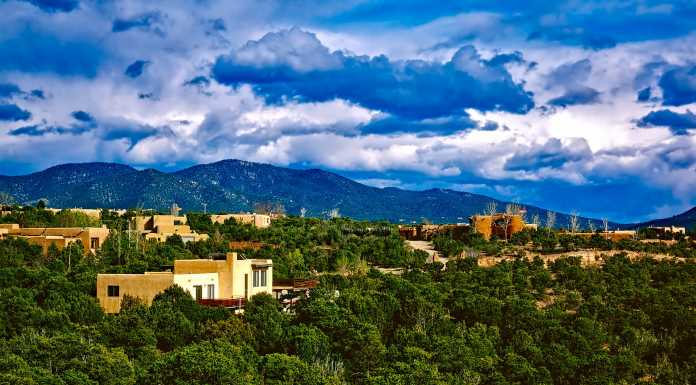 The establishment media is hyping a new paper claiming climate change is contributing to a megadrought throughout the western United States. Federal government data compiled by the National Integrated Drought Information System (NIDIS), however, show the claim is false.

Reporting on the study, published in the journal Science, Doyle Rice writes in USA Today, “[f]ueled in part by human-caused climate change, a ‘megadrought’ appears to be emerging in the western U.S., a study published Thursday suggests. In fact, the nearly-20-year drought is almost as bad or worse than any in the past 1,200 years, scientists say.”

Rice admits megadroughts – intense droughts lasting decades or longer – have been common throughout history. Nevertheless, he quotes A. Park Williams, the Columbia University researcher listed as the lead author of the story, stating, “We now have enough observations of current drought and tree-ring records of past drought to say that we’re on the same trajectory as the worst prehistoric droughts.” The current drought is “a drought bigger than what modern society has seen,” Williams added.

There are a couple of problems with Williams’ assertions. First, as noted by Rice, “Naturally occurring western megadroughts have taken place many times before. In fact, most of the USA’s droughts of the past century, even the 1930s Dust Bowl that forced migrations of Oklahomans and others from the Plains, ‘were exceeded in severity and duration multiple times by droughts during the preceding 2,000 years,’ the National Climate Assessment said.” Therefore, there is no evidence any current drought conditions are at all unusual or caused by anything other than nature.

Second, the 20 year drought Williams and company are warning of doesn’t actually appear to be occurring. Indeed, NIDIS records show 78 percent of the country is not experiencing drought or even below average rainfall at present. In the West, less than half of the region is experiencing below average rainfall, and of regions in the West experiencing drought conditions, the Palmer Drought Index shows, just 3.76 percent of the entire country is experiencing extreme or exceptional drought, concentrated in a small part of South Texas.

NIDIS records also show that much of the area experiencing below average rainfall or modest drought have been experiencing these conditions for 6 months or less, and that moisture conditions have improved over the past week, month, and year for most of the areas currently rated as experiencing drought or “abnormally dry” conditions.

So, the data hardly indicate a megadrought is occurring.

As Climate at a Glance: Drought reports, data shows the United States is undergoing its longest period in recorded history without at least 40 percent of the country experiencing “very dry” conditions, with peaks in drought around 1978, 1954, 1930, and 1900 being much larger than what the U.S. experienced in the 21st century and the late 20th century. Indeed, in 2017 and 2019, the United States registered its smallest percentage of land area experiencing drought in recorded history.

And the United Nations Intergovernmental Panel on Climate Change (IPCC) reports with “high confidence” precipitation over mid-latitude land areas of the Northern Hemisphere (including the United States) has increased during the past 70 years, while IPCC has “low confidence” about any negative trends globally.

The actual data show the Western United States is not in the midst of a long-term, particularly severe megadrought. This is exactly the opposite of what the researchers who wrote the Science paper concluded. Accordingly, one wonders how this paper got through Science’s “peer review” process.