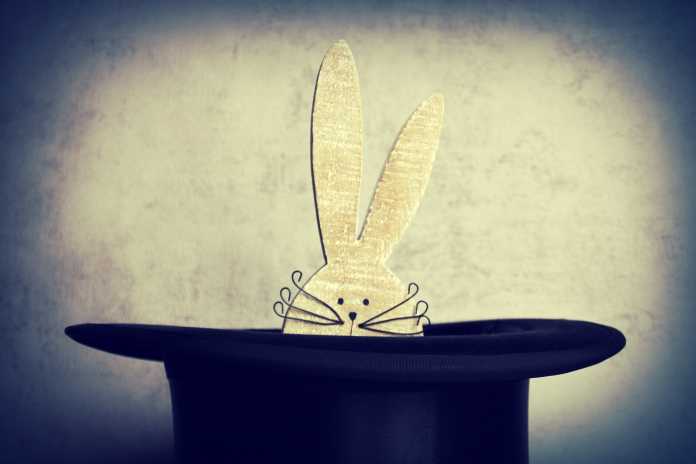 The leftist website Daily Kos published an article yesterday claiming climate alarmists are more scientifically credible when they make things up out of thin air – while presenting no supporting scientific facts or evidence – than when climate realists cite numerous datasets and peer-reviewed studies that support their claims. Making stuff up out of thin air is acceptable, honorable, and compelling, according to DailyKos, if you do it in the name of climate alarmism.

Earlier this week, we published an article here at Climate Realism calling attention to dubious claims made by prominent climate alarmist Katharine Hayhoe in her public presentations to Christian groups. We specifically noted that Hayhoe uses an apparently self-made chart in her presentations that shows global temperatures steadily and monotonously declining, with almost no variations, for nearly 6,000 years. Hayhoe’s chart, reproduced below, then shows, at the end of the 6,000 years of steady cooling, an enormous temperature spike in the 20th century that completely overwhelms the previous 6,000 years of steady cooling. 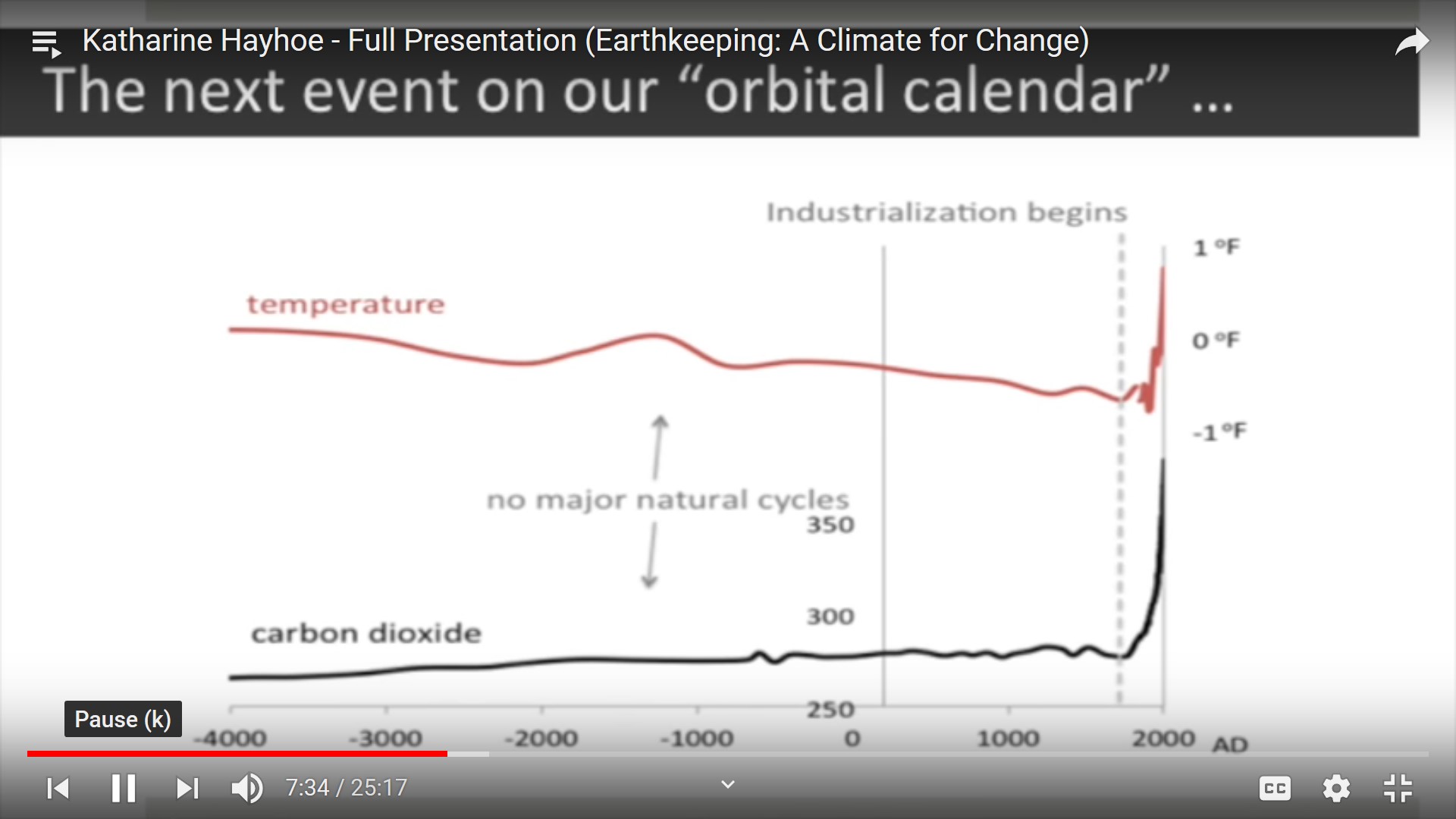 Our Climate Realism article then showed what the United Nations Intergovernmental Panel on Climate Change (IPCC) itself presented in its very first climate report – published in 1990 and confirmed by multiple studies since (see, for example, pg. 14 here) – in which scientists, the IPCC, and multiple datasets and peer-reviewed studies agreed that scientific evidence shows temperatures have varied frequently and considerably throughout the past 6,000 years. The IPCC chart, reproduced below, also showed temperatures currently remain cooler than was the case during most of the past 6,000 years. 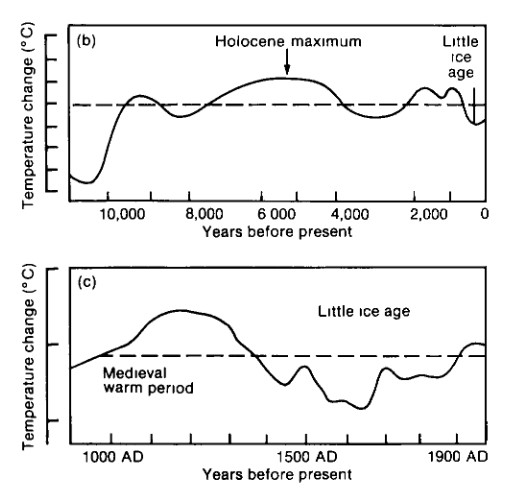 As we pointed out in the Climate Realism article, Hayhoe provides no sources or supporting data to support her claim that the IPCC, established science, and multiple supporting studies are all wrong. She merely shows her own chart in public presentations and then uses her highly suspicious chart to support her claim that humans are creating an unprecedented and existential climate crisis.

DailyKos yesterday published an article childishly attacking the Climate Realism article. The DailyKos article never cited any scientific evidence, data, or studies to support Hayhoe’s chart. Instead, the article claimed, “Not be outdumb’d, Heartland’s James Taylor thought it would be clever to contrast a chart Dr. Hayhoe uses with one from the very first IPCC report, as though a graph from 1990 is somehow more accurate than something produced with the benefit of an additional thirty years of research.” Of course, the only presented “thirty years of research” is Katharine Hayhoe’s self-serving, self-presented chart for which she provides no documentary evidence.

So, the alarmist argument is that if a climate alarmist simply makes up a chart or an argument out of thin air, that chart or argument is more credible than factually documented, evidentiary-based science that has been well established and that has remained in effect for many, many years. By that logic:

Sorry, Katharine Hayhoe and DailyKos, making stuff up out of thin air is not more scientifically compelling than long-established scientific knowledge that is well-sourced, well-cited, and confirmed multiple times since with additional scientific data and studies.