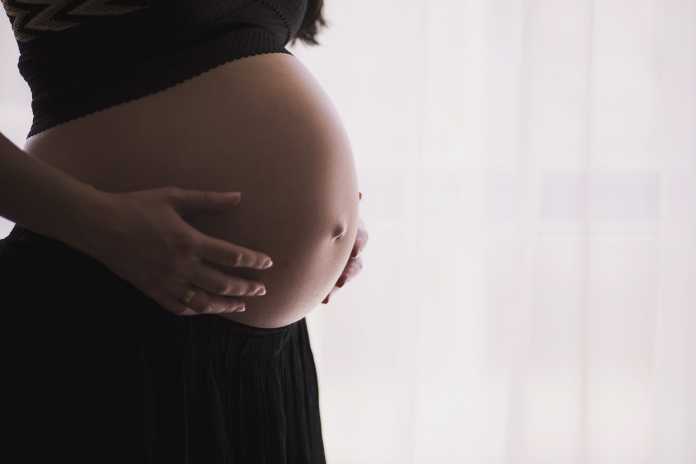 The New York Times published a sensationalist article this morning claiming a new study shows climate change is causing premature, underweight, and stillborn babies. Google News posted the Times article, titled “Climate Change Tied to Pregnancy Risks, Affecting Black Mothers Most,” as Google’s top story this morning under the search term “climate change.” A objective review of the study shows the New York Times is telling an alarmist lie, and there has likely been either no climate-change impact or a beneficial climate-change impact regarding pregnancy and childbirth.

Before addressing the objective data, it is worth considering who wrote the “study” cited by the Times. The lead author of the study is Bruce Bekkar, who serves on the Board of Directors for the climate activist group Climate Action Campaign. The Climate Action Campaign is a sock puppet of the renewable power industry, listing Sullivan Solar Power and Calpine Energy Solutions as its two “Juggernaut Members.” The name of the first Juggernaut Member, “Sullivan Solar Power,” speaks for itself. Regarding the second Juggernaut Member, Calpine’s LinkedIn profile reads, “Renewables and environment, Incorporating Sensible Sustainability Into Your Organization’s Energy Portfolio.”

It is, of course, possible that a board member of a climate activist group that receives its primary funding from the solar and renewable power industry can produce an accurate, objective study. However, given the financial self-interest of Bekkar’s primary donors and Bekkar’s unashamed activism on the climate change topic, one would imagine an objective news outlet would give the claims made in Bekkar’s study a little extra scrutiny. The Times, however, gave the study’s methodology and claims no critical scrutiny at all.

Let’s start with the methodology. Bekkar did not conduct any primary medical or scientific research. Bekkar simply looked at a group of other studies, which he and his team personally selected, and then claimed to tease out some data regarding climate change and pregnancy. Given Bekkar’s financial and ideological self-interest in finding data that would suggest climate change harm, Bekkar’s methodology is quite suspect. For example, did Bekkar select some studies to review, and leave out others, based on how alarmist they were? We don’t know, but it certainly seems possible. After all, it is quite possible that such an agenda-driven author would only be looking for frightening climate data, manipulate the climate data that exists in the worst possible light, and ignore or bury countervailing data that exculpates or provides proper context to Bekkar’s predetermined agenda.

Bekkar’s study makes two primary climate assertions. Bekkar’s first assertion is that the risk of premature birth rises by 11.6% for every 5.6 degrees Celsius increase in temperature. Any medical scientist will tell you that an 11% variance is generally indistinguishable from random background noise.  Moreover, according to NASA, the Earth’s temperature has risen approximately 1 degree Celsius during the past 140 years, not 5.6 degrees Celsius. Assuming for the sake of argument that NASA’s temperature numbers are inflated, we still have had only about one-sixth of the warming that would cause the minimal 11% increase in premature births. Prorating that out, Bekkar would be claiming that he has teased out from his self-selected studies a 2% increase in premature births due to climate change. Given such a tiny number, given Bekkar’s self-selection of the studies that he teased the number from, and given Bekkar’s financial and ideological self-interest in finding the highest number possible under whatever methodology he could utilize, Bekkar’s own study shows literally or essentially no global warming impact on premature births.

Bekkar’s second assertion is that his analysis shows every temperature increase of 1 degree Celsius during the summer months corresponds with a 6% increase in the likelihood of stillbirth. For the same reasons explained in the prior paragraph, Bekkar’s claim to tease out a 6% increase is indistinguishable from background noise, even if we assume Bekkar has objectively collected, analyzed, and presented his numbers.

Just as importantly, Bekkar completely ignores the flip-side of the coin. If exceptionally hot temperatures during the summer cause an arguable increase in stillbirths, do exceptionally cold temperatures during the winter cause a similar – or perhaps even greater – increase in stillbirths? If so, then climate change has had no net impact – or perhaps a beneficial impact – on the number of stillbirths. After all, climate alarmists acknowledge that climate change has caused – and will continue to cause – a reduction in extreme-cold events (see pgs 135-136 of the United Nations Intergovernmental Panel on Climate Change 2018 report). Bekkar doesn’t address this very important question of winter cold and stillbirths. Given his financial and ideological self-interest in making alarmist climate claims, we are left to wonder whether Bekkar simply failed to analyze a seemingly vital question related to his stillbirth claims, or whether he did analyze the question and didn’t like – and therefore did not publish – the less-than-alarming results.

Also, the U.S. Centers for Disease Control reports the same is true for Americans – more people die in the United States from cold temperatures than hot temperatures.

Now let’s get back to the Times’ coverage of Bekkar’s study. The Times quotes multiple climate activists, like a “senior climate justice and health scientist for the Union of Concerned Scientists” and “a field organizer in Houston for Moms Clean Air Force,” fawning over the study’s findings. The Times does not quote, and apparently failed to contact, anybody who might examine the study from a more skeptical, or at least neutral, viewpoint. That seems quite amazing considering the red flags regarding the lead author’s financial and ideological self-interest.

Ultimately, a climate activist produced a very dubious “study” in which he claims to have teased out from self-selected data a very small increase in premature births and stillbirths. His methodology is suspect and he ignored very important questions and data that likely refute his assertion. Moreover, existing objective mortality data and peer-reviewed studies show cold temperatures are more deadly than heat. The New York Times chose to completely ignore all these red flags and title its article, “Climate Change Tied to Pregnancy Risks, Affecting Black Mothers Most.” 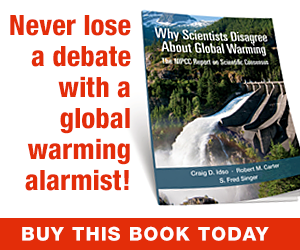