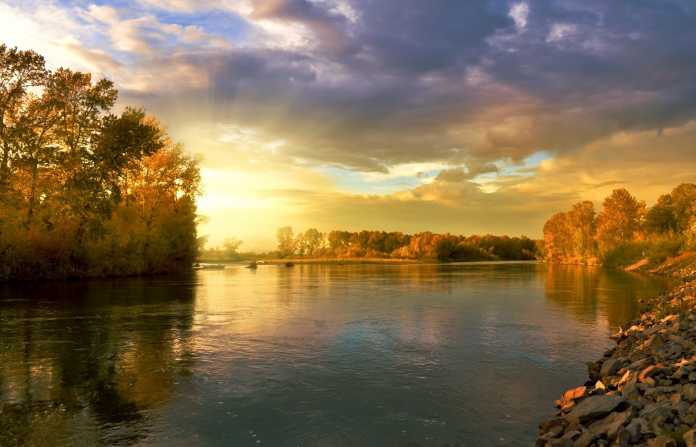 Phys.org has published an article, misleadingly titled, “How increased flooding due to climate change impacts waterways across U.S,” that is among the top Google News search results today for “climate change.” The article discusses a paper published in the journal Nature Communications. In fact, the Nature Communications paper does not say climate change is causing increased flooding. Indeed, it does not really discuss climate change at all. Instead, it examines a little discussed aspect of flood events: floods deliver benefits to affected areas as well as imposing costs.

After the Nature Communications study was published, Phys.org interviewed the lead author, Durelle Scott, an associate professor of Biological Systems Engineering affiliate of the Global Change Center at Virginia Tech. Scott told Phys.org, “The big picture is that flooding across the world is increasing with climate change, but not all flooding is bad and catastrophic,” but the study itself doesn’t say floods are getting worse due to climate change. Even Scott’s statement is equivocal. It indicates increased flooding is coincident with climate change, not that it is being caused by it. Nor does Scott’s paper conduct any specific analysis regarding flooding and climate change.

Among scientists who have actually studied the issue, even the United Nations Intergovernmental Panel on Climate Change (IPCC) and the National Oceanic and Atmospheric Administration have found no evidence of increasing flooding frequency or severity as the climate has modestly warmed.

Indeed, as discussed in Climate at a Glance: Floods, IPCC admits having “low confidence” in any climate change impact regarding the frequency or severity of floods, going so far as to say it has “low confidence” in even the “sign” of any changes—in other words, it is just as likely that climate change is making floods less frequent and less severe.

Also, a 2017 study in the Journal of Hydrology discussing climate impact on flooding for the USA and Europe, concluded “… the number of significant trends [concerning floods] was about the number expected due to chance alone,” and “[c]hanges in the frequency of major floods are dominated by multidecadal variability.”

Even if there were a climate-change impact on flooding, Scott’s new study does not address or make any new findings on the topic. Nevertheless, Phys.org asserts the opposite, driven by aggressive alarmism, clickbait deception, or both.

While some increased flooding has occurred, scientists report changes in land use are the main factor. As human societies have urbanized, this urbanization has impacted streamflow and water drainage. Environmental laws and regulations have contributed to this, as well. For example, recent widespread flooding across parts of the United Kingdom were shown to be tied to European Union environmental regulations preventing the dredging, deepening and on occasion widening and building embankments along rivers. Also contributing to flooding events are the conversion of floodplains and wetlands to urban development; the increase in impervious surfaces, leading to ever greater runoff during storms; the rapid draining of shallow aquifers; stream channelization; land subsidence; and government policies subsidizing and otherwise encouraging below-market flood insurance policies in flood-prone areas.

In short, scientists report no evidence of climate change increasing the frequency or severity of floods. Scientists report that any increase in flooding in recent decades is due instead to human land-use changes. The fact that Phys.org claims a link between floods and climate change, when the actual study does not even address the topic, is shameful although not surprising. That is after all, similar to how alarmists produce the faux 97 percent consensus.

Wrong Again, Atlantic, High Lumber Prices Are Not Being Caused by...

Mega-droughts and Mega-floods in the West All Occurred Well Before ‘climate...

CBC Understands the Difference Between Weather and Climate, Other Canadian News...