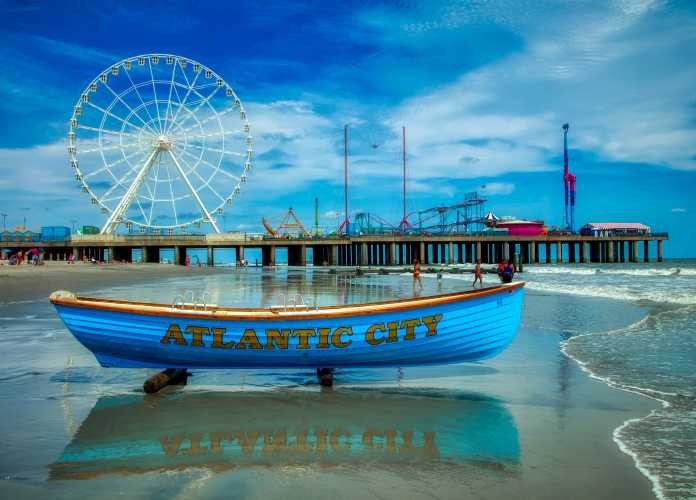 In yesterday’s article here at Climate Realism, I pointed out some of the ridiculous claims in the “2020 New Jersey Scientific Report on Climate Change,” published by environmental bureaucrats at the New Jersey Department of Environmental Protection (DEP) and championed in the sock-puppet media. Examples included ridiculous claims that New Jersey will soon be too hot to grow blueberries (though they grow quite fine in Florida and throughout the South), New Jersey will soon be too hot for the American goldfinch (though they reside year-round as far south as Louisiana), and Atlantic City will soon flood “almost every day” although it sits 7 feet above sea level and sea level is rising at a pace of only 1.6 inches per decade. So, how do climate-alarmist bureaucrats justify such ridiculous claims? The answer is just as ridiculous as the claims themselves.

As The Press of Atlantic City notes in a fawning story about the claims, devoid of any critical analysis, the DEP claims “New Jersey’s annual temperature has increased 3.5 degrees since 1895 and ‘unprecedented warming’ is projected in the future, increasing temperatures 4.1 to 5.7 degrees by 2050.”

Do you see anything striking about the DEP’s presumed future temperatures? The DEP presumes there will be much more warming in just the next 30 years than in all of the past 125 years combined. Moreover, the DEP claims there will be between 2.3 and 3.2 degrees Celsius (4.1 and 5.7 F) of warming during the next 30 years. That equates to between 0.77 and 1.07 degrees C warming per decade, even though warming is currently averaging only 0.13 C per decade. In other words, the DEP assumes temperatures will immediately and without any future interruption warm at least six times faster than is occurring in the real world. That is a ridiculous assumption.

Similarly, the DEP report presumes, “By 2050, there is a 50% chance that sea-level rise will meet or exceed 1.4 feet and a 17% chance it will exceed 2.1 feet. Those levels increase to 3.3 and 5.1 feet by the end of the century (under a moderate emission scenario).” As noted above, and as shown in my article yesterday, sea level is rising at only 1.6 inches per decade and showing no signs of acceleration. The DEP, however, claims it is as likely as not that sea level will rise 1.4 feet during the next 30 years. That would require nearly six inches of sea-level rise per decade, or the pace of sea-level rise increasing immediately and without interruption more than four times its longstanding rate. Again, that is a ridiculous assumption.

Reports like the New Jersey DEP climate report are the reason why climate “skeptics” exist. Alarmists habitually make ridiculous, farcical, over-the-top, impossible predictions and claims, all while the media breathlessly report them as if they were scientific fact. People who care about science and truth feel compelled to say, ‘Yes, we may be causing some warming, but you alarmists make claims as if you were smoking meth.’ And that is the simple truth – we are likely causing some modest, beneficial warming, but the asserted “climate emergency” is about as real as LSD hallucinations.

Full Video Posted of CPAC Session on The Climate Hustle