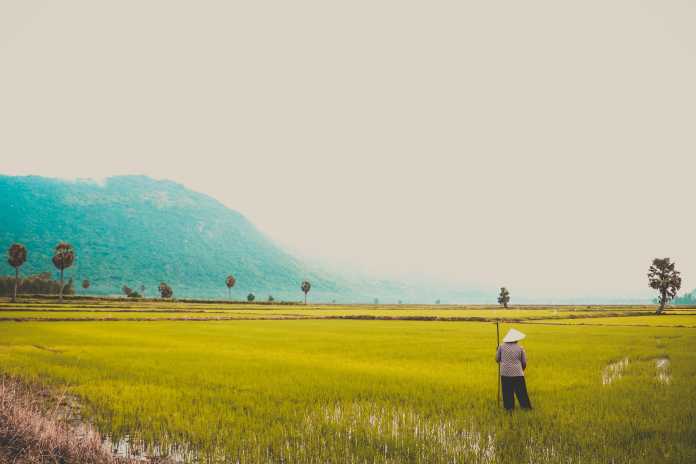 An article in the Khmer Times, “Climate change is seriously impacting Cambodia, says ministry,” found with my daily Google search of the term ‘climate change,’ quotes a spokesman for the country’s Environment Ministry, Neth Pheaktra, saying, “Between 1996 and 2020, Cambodia witnessed 3,681 floods, 1,375 droughts and 1,917 hurricanes, all of which killed 1,292 people and destroyed 14,761 houses, 1,875 hospitals, three million hectares of crops damaged and around 1,000 schools.” In the article, Pheaktra blames the majority of these events and harms on human caused climate change.

In the same article, Hak Mao, the director of Cambodia’s Department of Climate Change, even as he acknowledges nature has a role in climate change, claimed, “Naturally occurring climate change impact has resulted in declining agricultural yields ….”

I can’t speak about the number of floods, droughts, deaths, or houses and schools destroyed by natural disasters in Cambodia between 1996 and 2020, I don’t have access to the data, but I can say based on widely available data collected by the United Nations and various other agencies, the claim that 1,917 hurricanes stuck Cambodia since 1996 is wholly fabricated. Less than half that number (767) of cyclones, hurricanes, and typhoons made landfall in total worldwide, across all basins, between 1970 and 2019. And between 1970 and 2010 the Northern Indian Ocean basin, which is where Cambodia lies, experienced only 48 total landfalling hurricanes, only 17 of which occurred between 1996 and 2010, during a 14 year period in which no hurricanes struck land on five separate years.

So, unless the Cambodia experienced more than 1,800 hurricanes between 1996 and 2020 that no agency anywhere in the world but his own recorded or measured, the Environment Ministry spokesman either misspoke or simply made the hurricane numbers up.

Cambodia’s environment spokesman and its director of the department of climate change are equally mistaken concerning the impact climate change has had on crop yields in the country over the past several decades. Data from the U.N.’s Food and Agriculture Organization shows Cambodia’s rice production, rice being by far its biggest agricultural crop, has grown dramatically since 1979. In 1979, Cambodian farmers’ rice paddies produced 538,000 metric tons of rice in 1979.

By comparison, rice yields increased to 10,647,212 metric tons in 2017, a new record. Indeed, rice production has more than doubled in Cambodia since 2004, with new records being set for the amount of rice produced 11 of the past 13 years.

FAO data also shows Cambodia’s production of cassava, another major agricultural crop for the country, has increased even more dramatically than rice production as seen in Fugure 1 below. After a more than 40 years of relatively flat annual production, cassava production increased more than 21 fold between 2004 and 2017, from 362,050 metric tons in 2004 to 7,646,022 metric tons in 2017.

Unless they are just trying to garner headlines and raise the profile and funding opportunities for their departments and ministries, Cambodian bureaucrats, as with government agents around the world, should stick to the facts about crop production, hurricanes, and the true causes and consequences of all natural disasters, rather using the uncritical fake news media to generate unjustified fears of climate change.