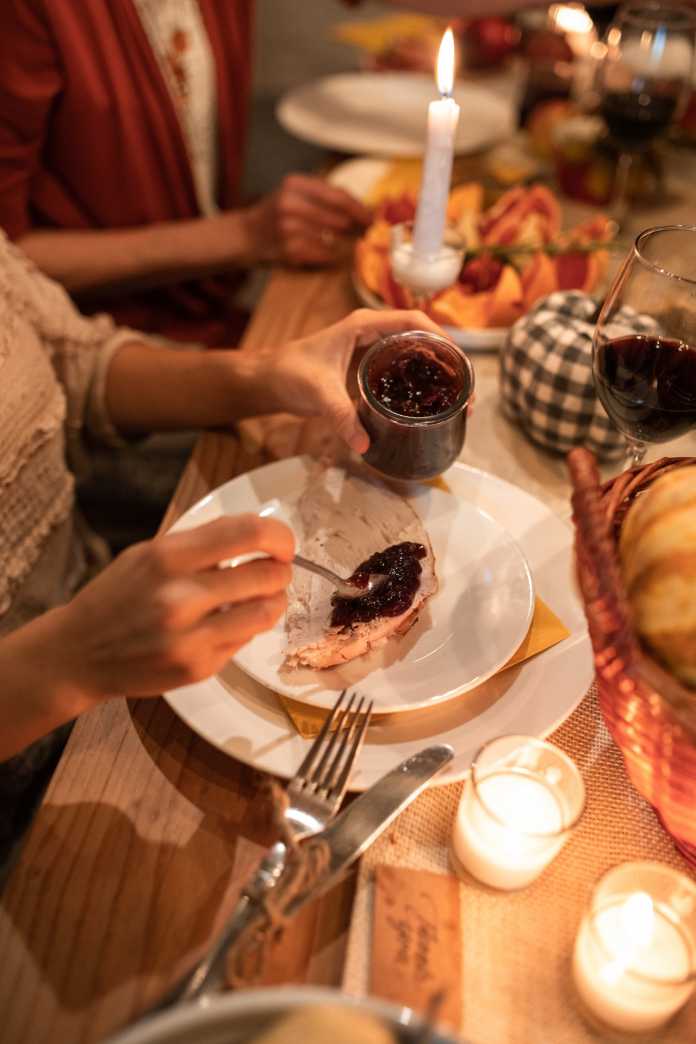 The Washington Post article is titled, “How Climate Change Is Complicating a Thanksgiving Staple.” The subtitle is, “Heatwave, drought, lack of winter ice are taking a toll on a quintessential Massachusetts crop.” In the article, the Post quotes Bay Staters voicing their subjective feelings that climate change is making cranberry farming harder. The article is littered with subheads like, “The fight to save a small fruit.” The article, however, presents no objective data to support the claims. That struck us at Climate Realism as odd, considering objective cranberry data is available for Massachusetts and America as a whole.

Cranberry production in Massachusetts, Wisconsin, and the rest of the United States has been so strong in recent years that, according to the Wisconsin State Farmer news site, “Facing a continued glut of cranberries and depressed prices, in 2017 the cranberry industry asked federal officials in 2017 to take unusual steps aimed at reducing production.”

“The industry’s U.S. Cranberry Marketing Committee asked the USDA to cap the amount of cranberries grown in 2018 at 75% of the normal crop. The committee also has asked the USDA to have cranberry companies withhold 15% of the 2017 crop from the marketplace,” the State Farmer reported.

The chart below, published by National Geographic, documents and illustrates the consistent, long-term growth in cranberry production. The chart ends with the year 2018, but that trend will continue with the estimated 2020 record crop production. 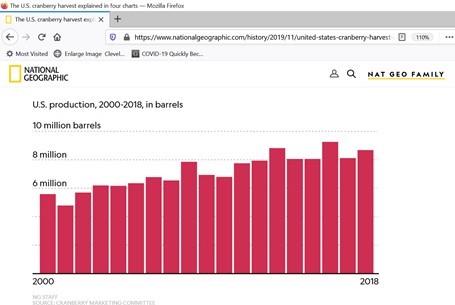 Ultimately, yesterday’s Washington Post article is merely the latest example of a nefarious strategy executed by climate activists and their corporate media allies. Their dishonest tactic is to identify an upcoming holiday or something that people really love, and then claim that global warming is destroying it, whether or not there is any evidence, truth, or basis for the alarmist claim.

Fortunately for the sake of truth, we at Climate Realism will continue to present the truth and hold the Climate Establishment responsible for its lies.