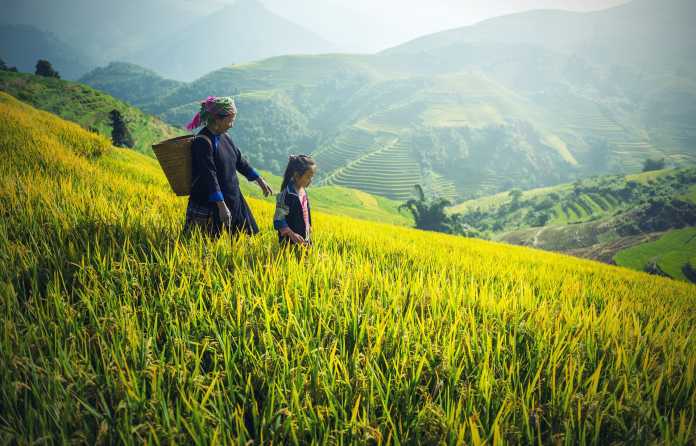 Yale Climate Connections published an article this week attacking the scientific consensus, and implicitly calling all greenhouse operators idiots, by claiming adding carbon dioxide to the air harms plants and reduces crop production. Not surprisingly, the article, titled “More CO2 in the atmosphere hurts key plants and crops more than it helps,” offers little science to support the assertion. In reality, the scientific evidence is clear that more carbon dioxide in the air boosts plant growth and improves plant nutrients and water-use efficiency. These two facts are a primarily reason why global crop yields set new records nearly every year as CO2 levels rise and the Earth modestly warms.

The Non-governmental International Panel on Climate Change (NIPCC) survey of the scientific literature, Climate Change Reconsidered II: Biological Impacts, cites hundreds of peer-reviewed studies demonstrating the beneficial effect the rise in carbon dioxide levels since the Industrial Revolution has had on plant life. Citing experiments conducted and summaries completed by the research teams which operate CO2Science.org, the authors of the NIPCC report write:

Several studies indicate plants are not harmed by super-elevated atmospheric CO2 concentrations an order of magnitude or more greater than the globe’s current mean. Instead, positive growth responses are reported, some of which are particularly large. Most plants will display enhanced rates of photosynthesis and biomass production as the atmosphere’s CO2 concentration rises.

The major thrust of the Yale article is that more atmospheric carbon dioxide will cause such extreme heat and drought that the negative impacts of such heat and drought will overwhelm the beneficial impacts of more CO2. However, that is a major bait-and-switch from the article’s title, which clearly implies that CO2 itself hurts plants. More CO2 doesn’t harm plants; only dubious and speculative tangential indirect weather effects caused by more CO2 arguably harm plants. That is a big difference, and quite different than what the title of the article implies.

Even under the Yale article’s dubious claims about more drought, research consistently shows that under higher levels of carbon dioxide, plants use water more efficiently. This means that plants will still thrive, even if some areas become more arid as Yale Climate Connections speculates.

The Yale article comes closest comes to supporting its central claim with any facts when it cites a single study showing minor declines in some nutrients for rice grown under higher CO2 conditions. That Yale article failed to note, however, that rice yields grow substantially under higher CO2 conditions. More rice production from the same plot of land will logically lead to less nutrient uptake per rice kernel. This can be mitigated by a corresponding increase in fertilizer usage. Even without more fertilizer usage, the benefits of significantly more rice production outweigh the harms of minor declines in micronutrients per kernel.

Yale Climate Connections deceives its readers when it publishes a misleading title and fails to back up its alarmist claims with scientific evidence. The scientific consensus regarding atmospheric carbon dioxide stands – more carbon dioxide in the air benefits plants and crop yields.

No, Yale Climate Connections, Carbon Dioxide Does Not Harm Plants