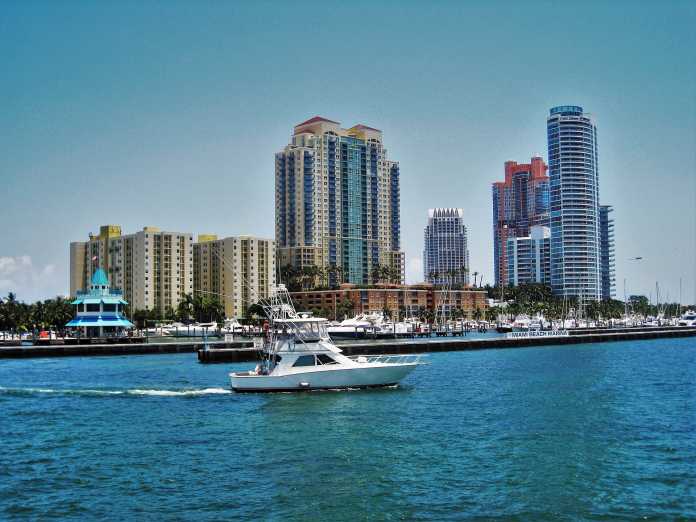 Referencing a study from the group Christian Aid, The Guardian writes, “From Australian bushfires to Atlantic hurricanes, insurance damages were the highest annual total ever. The world’s 10 costliest weather disasters of 2020 saw insured damages worth $150bn, topping the figure for 2019 and reflecting a long-term impact of global warming.”

Regarding wildfires, long-term data show the number of wildfires and acreage consumed by wildfires has declined dramatically over the past century. Indeed, the Copernicus Atmosphere Monitoring Service reports, “2020 was one of the lowest years for active fires globally.”

Wildfires have declined sharply over the course of the past century in the United States, as well. As reported in Climate at a Glance: Wildfires, long-term data from the U.S. National Interagency Fire Center (NIFC) show wildfires have declined in number and severity since the early 1900s. Assessing data on U.S. wildfires from as far back as 1926, NIFC reports the numbers of acres burned is far less now than it was throughout the early 20th century, with the current acres burned running just 1/4th to 1/5th of the amount of land that typically burned in the 1930s.

The data on hurricanes is equally clear. The United Nations Intergovernmental Panel on Climate Change reports there is, “only low confidence for the attribution of any detectable changes in tropical cyclone activity to anthropogenic influences.” And data from the National Hurricane Center (NHC), reported in Climate at a Glance: Hurricanes, details that in the United States, hurricane impacts have in recent years been at an all-time low.

The Christian Aid study referenced by The Guardian focuses on the possibly record breaking costs of 2020’s weather-related natural disasters. But in doing so, it ignores what Bjorn Lomborg in his book False Alarm refers to as the “expanding bulls-eye effect.” The increased costs of natural disasters in recent decades are due to communities increasingly expanding into areas historically prone to natural disasters, such as flood plains, forests, and coastal areas, erecting increasingly expensive structures and infrastructure there. As a result, when extreme weather events strike, more developed land and more expensive property are destroyed.

In the end, real-world data do not support The Guardian’s claim that 2020’s high natural disaster costs are related to human-caused climate change. Rather, the high costs stem from the rise in the number and value of assets placed in the bullseye as a result of demographic shifts in where people live and the lifestyles they pursue.