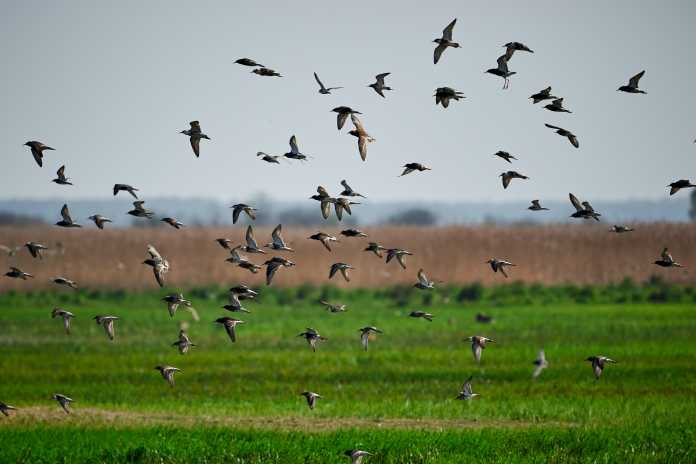 Google News and the corporate media are promoting claims that global warming caused the deaths of thousands of birds after a cold early autumn induced the birds to migrate south before they were ready. As common sense would suggest, the assertion that global warming causes colder early-autumn temperatures is false, contrary to climate activists’ own predictions, and ridiculous.

In early autumn, people in Nebraska, Colorado, Texas, New Mexico, and Arizona reported nearly 10,000 birds – an unusually high number – to the wildlife mortality database. Scientists discovered that most were migratory birds that had died of starvation. The birds typically migrate south later in the year, but early cold weather in the Upper Midwest, Canada, and Alaska induced the birds to migrate prior to their normal migration, and prior to building up sufficient weight and strength for the migration.

“It’s really hard to attribute direct causation, but given the close correlation of the weather event with the death of these birds, we think that either the weather event forced these birds to migrate prior to being ready, or maybe impacted their access to food sources during their migration,” Jonathan Sleeman, director of the USGS National Wildlife Health Center in Madison, Wisconsin, told the UK Guardian.

Climate activists and their media allies were quick to blame global warming for the cold early autumn that led to the bird deaths.

“Two experts from Arizona State University see the report as another tragedy in the multiple climate change issues the state is facing,” KPNX added.

According to the UK Guardian, the bird deaths were “made worse by unseasonably cold weather probably linked to the climate crisis, scientists have said.”

Google News is promoting the Guardian article among its top search results today under “climate change.”

Climate activists have in the past attempted to blame very cold winters on global warming, but they had not previously blamed cold autumns on global warming. Indeed, climate activists have previously claimed exactly the opposite. For example, in November 2019 Yale Climate Communications published an article titled, “How is climate change affecting autumn? As temperatures warm, the fall season has been delayed.” As another example, Climate Communications published an article titled, “Autumn Falling Back.” The theme of these and many other articles is that global warming is delaying, not accelerating, the onset of cold autumn weather.

No, Google News, global warming does not cause the early onset of cold autumn temperatures, even if the cold temperatures cause politically convenient bird deaths.