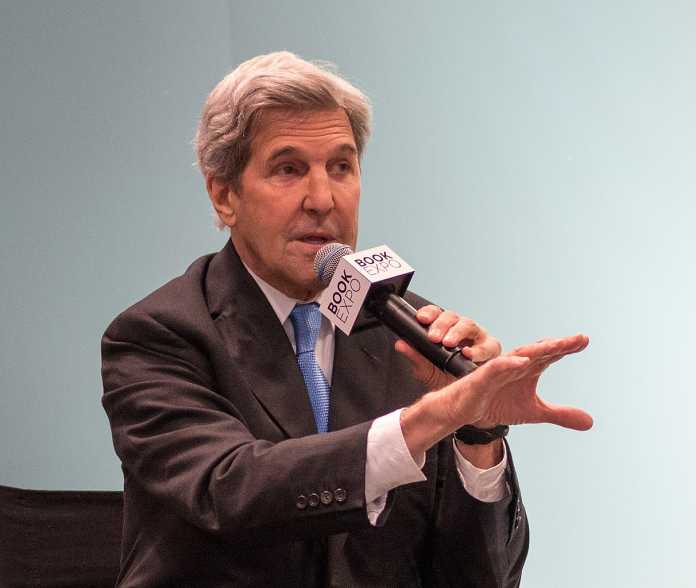 If you are a climate activist, you know you are having a bad day when even the leftist Washington Post takes you to task for telling climate-related falsehoods. John Kerry is having just such a bad day today, as the Washington Post “Fact Checker” published an article titled, “Kerry’s misleading framing of potential solar and wind jobs.”

The Biden administration is attempting a political flanking maneuver on its unpopular climate-change policies by making the new argument that requiring Americans to purchase expensive, unreliable wind and solar power will create jobs, boost the economy, and lower unemployment rates. The Washington Post Fact Checker today analyzed two claims Kerry made on Wednesday and Thursday in that regard. Spoiler alert: Kerry and the Biden administration’s jobs claims fail the Post’s Pinocchio Test.

On January 27, Kerry said in remarks from the White House, “You look at the consequences of black lung for a miner, for instance, and measure that against the fastest-growing job in the United States before COVID was solar power technician. The same people can do those jobs, but the choice of doing the solar power one now is a better choice. And similarly, you have the second-fastest-growing job pre-COVID was wind turbine technician.”

The Washington Post observes that wind and solar advocates talk about stellar job growth in the wind and solar industry by referencing the percentage of job growth in those industries, rather than the actual number of jobs created. “But his framing is misleading because, according to the government statistics he relied on, the actual number of jobs is relatively small,” notes the Post. “The percentage gain is so high because the number of jobs in 2019 for both solar panel installers and wind turbine technicians is relatively small.”

Moreover, the Post calls out Kerry for telling falsehoods when he asserts that “the same people” who are laid off from mining jobs as a result of Biden administration policies “can do those jobs” as wind and solar power equipment installers. According to the Post, approximately 50,000 people work in the coal industry, including approximately 30,000 who work as miners. By comparison, only 10,000 wind and solar power installer jobs are expected to be created during the entire next 10 years.

Moreover, notes the Post, the Biden administration is trading out high-paying coal mining jobs for lesser-paying wind and solar power jobs. “According to BLS, the median wage of coal miners in 2019 was about $59,000. The median wage for wind turbine technicians and solar installers was about $53,000 and $45,000, respectively,” reports the Post.

In conclusion, the Post rules, “The projected new jobs in these [wind and solar] industries over 10 years amount to just 20 percent of the current number of coal jobs — and they do not pay as well either.” As a result, Kerry earns two Pinocchios and the humiliation of being called out for falsehoods by even the leftist Washington Post.