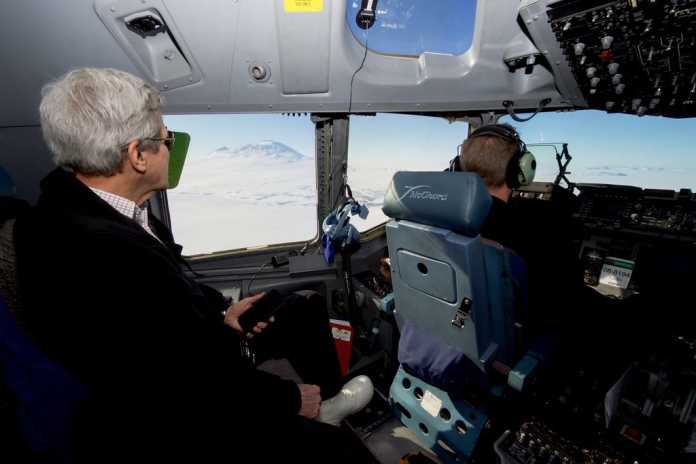 John Kerry, as Joe Biden’s Special Presidential Envoy for Climate, is back in the news telling Americans we urgently need to reduce our travel and our carbon dioxide emissions to avert an imminent climate catastrophe. Like many climate activists, however, Kerry personally lives under a different – more carbon-promiscuous – set of rules than he seeks to impose on everyone else.

Kerry continues to double-down on more stringent climate restrictions, saying this past week that the United States and the world need even more restrictions than the controversial Paris Climate Treaty, including the imposition of a new tax on carbon dioxide. Climate activists have long called for such a tax to apply especially forcefully to airplane travel. As the climate-activist David Suzuki Foundation asserts, “Emissions from flights stay in the atmosphere and will warm it for several centuries. Because aircraft emissions are released high in the atmosphere, they have a potent climate impact, triggering chemical reactions and atmospheric effects that heat the planet.” Also, as the title of a 2019 New York Times article asserts, air travel emissions are “Worse Than Anyone Expected.” 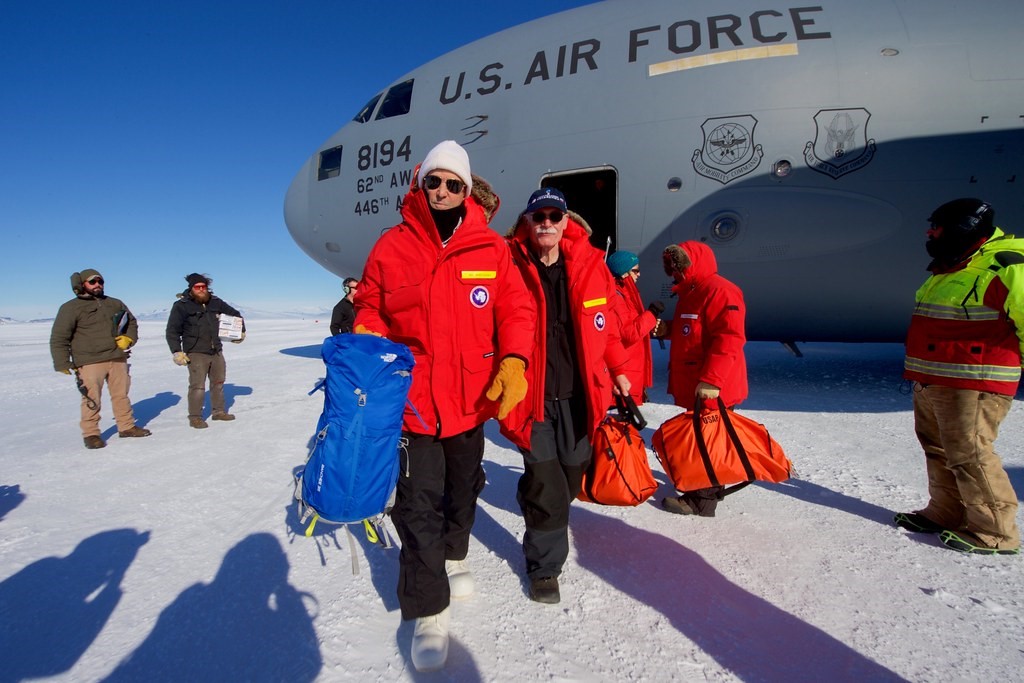 Kerry’s Antarctica jaunt likely cost taxpayers more than $1 million, while emitting large amounts of carbon dioxide and depositing all sorts of traditionally defined pollutants (soot, etc.) on the otherwise-pristine Antarctic landscape. There were no diplomats from any other countries for Kerry to meet with – according to his Secretary of State duties – but he sure seemed to enjoy the airplane-and-helicopter sightseeing. 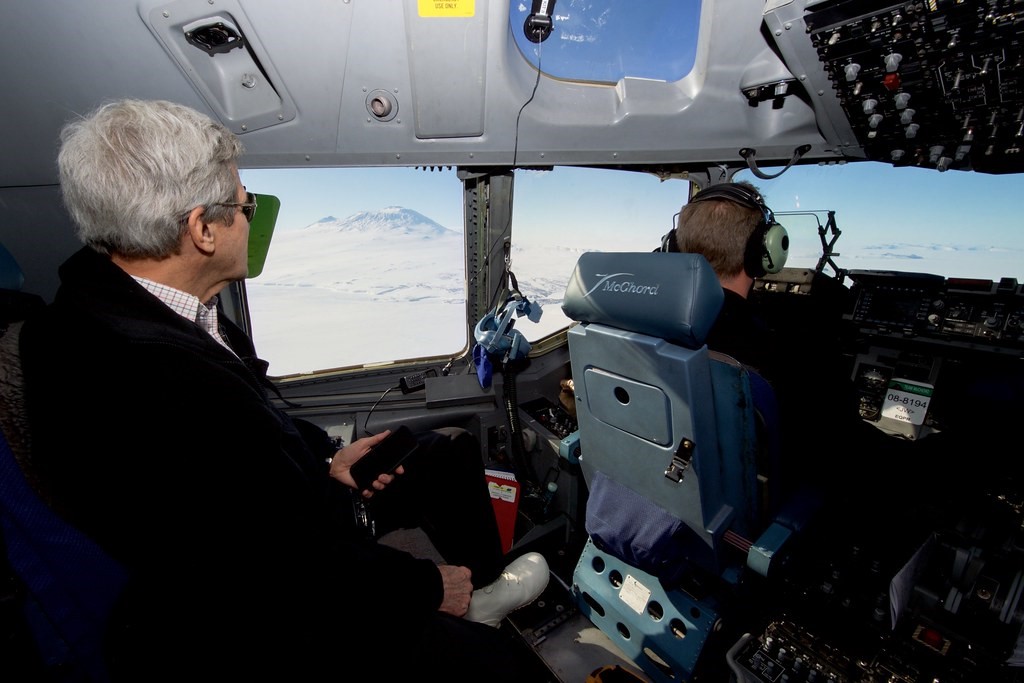 Kerry’s narcissistic Antarctica trip is not a one-off outlier, either. Fox News reported this morning that Kerry flew on a private jet to Iceland in 2019 to, ironically, accept a prize for being a climate warrior. Asked about the appropriateness of spewing several thousand miles of private-jet carbon-dioxide emissions for a personal round-trip flight, Kerry replied that flying by private jet to accept awards is, “the only choice for somebody like me who is traveling the world to win this battle.” 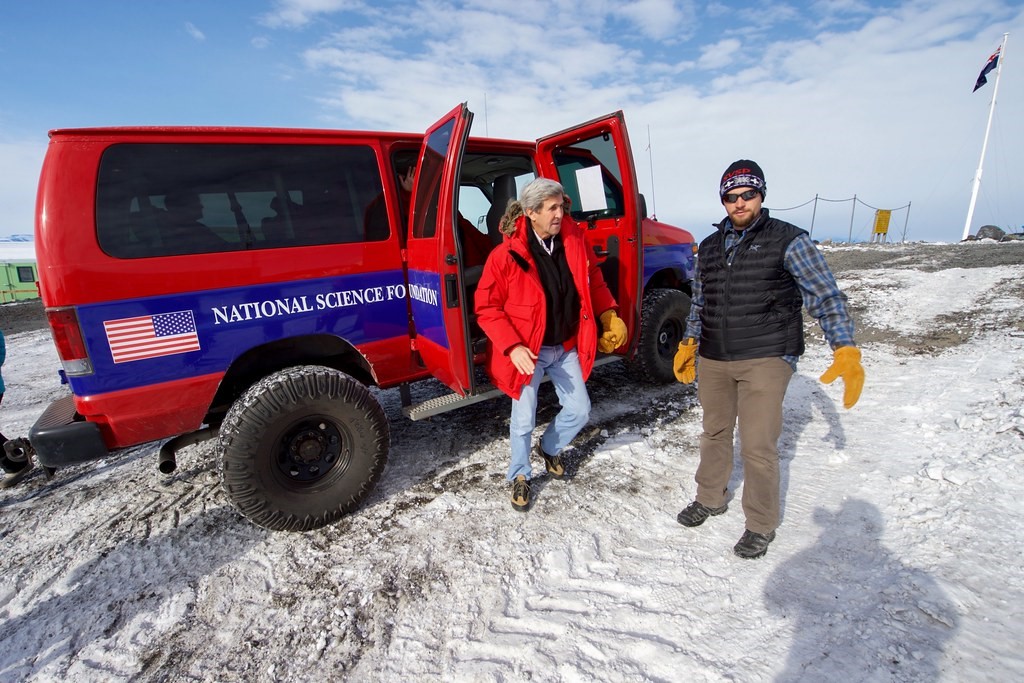 Photo: John Kerry stepping out of an SUV he used for his personal tour of Antarctica. Source: U.S. State Department.

When an Icelandic reporter asked Kerry about the apparent hypocrisy of flying a private jet – not even airline first-class – to accept his climate prize, Kerry morphed into a full “Do you know who you are talking to?” moment

“I negotiated the Paris Accords for the United States,” Kerry lectured the reporter.

He also may hold the record for largest carbon footprint of any American citizen.

“John Kerry has never been known to pass up an opportunity to fly thousands of miles when it suites his ego or curiosity,” Marc Morano, Director of Communications for the Committee for a Constructive Tomorrow (CFACT) and publisher of the website Climate Depot, told Climate Realism. “Why should a trip to Antarctica be any different? In Kerry’s world view, he is one of the chosen ones who get to fly private jets and government planes unlimited miles while the rest of us will have to ‘morally justify’ our commercial airline trips.”