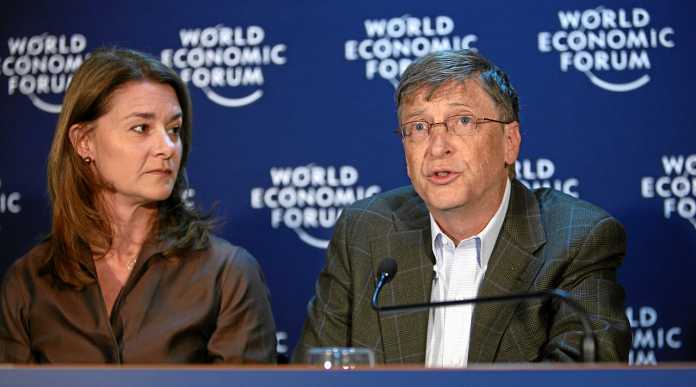 Bill Gates is a “super emitter” of carbon dioxide, with one of the largest carbon footprints in the world, according to an article published yesterday by the liberal magazine The Nation.

The Nation article is titled, “Bill Gates, Climate Warrior. And Super Emitter.” The article observes, “According to a 2019 academic study looking at extreme carbon emissions from the jet-setting elite, Bill Gates’s extensive travel by private jet likely makes him one of the world’s top carbon contributors—a veritable super emitter.”

The Nation quoted the academic study: “‘Affluent individuals can emit several ten thousand times the amount of greenhouse gases attributed to the global poor,“ the paper noted. ‘This raises the question as to whether celebrity climate advocacy is even desirable. As some authors suggest, celebrity climate advocates contribute to controversy, undermining efforts to politically confront climate change.’”

Reports The Nation, “in 2019, his foundation’s tax filing from that year shows millions of dollars in direct investments in companies like Exxon, Chevron, and Japan Petroleum Exploration—and billions more in fossil-fuel-dependent industries like airlines, heavy machinery and automobiles.”

Regarding Gates’ new book, The Nation observes, “With no irony, the author goes on to write two chapters describing ‘policies that governments can adopt’ to fight climate change—like supporting and subsidizing the kinds of companies in which he is invested.”

Bill Gates makes plenty of headlines for lecturing the rest of us about our carbon dioxide emissions. However, as The Nation article illustrates, Gates puts his own investments and his own status as a carbon dioxide “super spreader” above the principles that he preaches.

[Photo of Bill Gates at the World Economic Forum courtesy of Wikimedia Commons.]