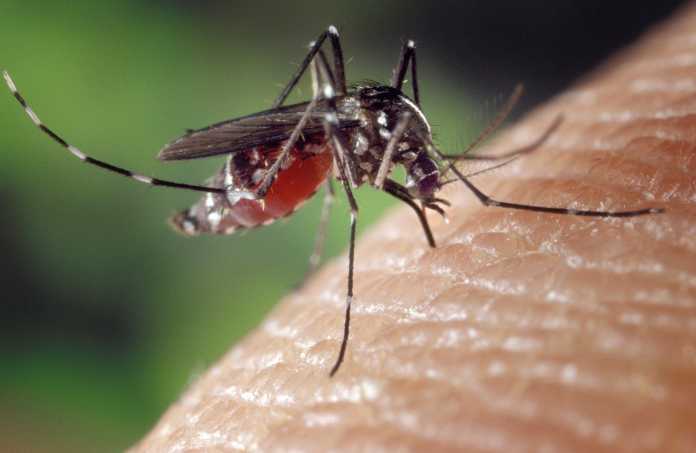 A Google News search today for the term “climate change” turns up an Environment Journal article which claims climate change could increase incidences of malaria. This is wrong. Copious research indicates climate change is unlikely to exacerbate the spread of malaria or other insect borne diseases.

In the Environment Journal article, titled “Climate change could increase the spread of malaria,” the authors write:

Climate change could impact malaria transmission in Africa …. [R]esearchers at the Barcelona Institute of Global Health (ISGlobal) used mathematical modelling to analyse the association between malaria cases, regional climate (local temperatures and rainfall) and global climate (in particular the effect of El Niño and the Pacific Decadal Oscillation on the Pacific Ocean) in Oromia, a densely populated highland area in Ethiopia. [They] found that the variation in malaria cases shows a strong correlation with changes in regional temperatures.

Correlation does not prove causation.

The researchers involved ignored the fact that even with its modest regional temperature decline during the global warming hiatus, the average daily temperature in Ethiopia during its coldest two months, July and August, remained well above the temperature mosquitos require to breed and flourish. Indeed, July and August are also Ethiopia’s rainiest months, which favors mosquito reproduction by creating more stagnant pools in which to lay their eggs.

In addition, as detailed in Chapter Four of Climate Change Reconsidered II: Fossil Fuels, the vast body of scientific literature refutes the Environment Journal’s claim that climate change is likely to exacerbate the spread of mosquito borne diseases.

Studies from Africa, to England and Wales, to North and South America, to Thailand and beyond refute any link between climate change and the spread of malaria, Dengue fever, West Nile virus, and other vector-borne diseases. For example, a 2010 study in the peer-reviewed journal Nature reports, “[The study’s authors] compared historical and contemporary maps of the range and incidence of malaria and found endemic/stable malaria is likely to have covered 58% of the world’s land surface around 1900 but only 30% by 2007.” Clearly, malaria has become less prevalent and deadly as the climate has warmed.

The authors rebut potential assertions that there would be even further reductions in malaria but for global warming. The authors write, ‘widespread claims that rising mean temperatures have already led to increases in worldwide malaria morbidity and mortality are largely at odds with observed decreasing global trends in both its endemicity and geographic extent.’

Vector-borne disease expert Paul Reiter, a member of the World Health Organization’s Expert Advisory Committee on Vector Biology and Control, has written extensively on the transmission of vector-borne diseases. Reiter concludes any links between such diseases and climate change are not supported by evidence.

A dated but well-rounded view of this topic can be found in his paper from 2001:

The paper begins with this:

“The earth’s climate has always been in a state of change. For nearly three centuries it has been in a warming phase. This was preceded by a cold period, the Little Ice Age, which was itself preceded by a warmer phase known as the Medieval Warm Period, or Little Climatic Optimum. Such changes are entirely natural, but there is evidence that in recent years a portion of the current warming may be attributable to human activities, particularly the burning of fossil fuels. The potential impact of this global warming on human health is a major subject of debate.”

and ends with this:

The natural history of mosquito-borne diseases is complex, and the interplay of climate, ecology, vector biology, and many other factors defies simplistic analysis. The recent resurgence of many of these diseases is a major cause for concern, but it is facile to attribute this resurgence to climate change. The principal determinants are politics, economics, and human activities. A creative and organized application of resources is urgently required to control these diseases regardless of future climate change.”

For another example, in a 2008 article in the Malaria Journal, Reiter writes,

“Simplistic reasoning on the future prevalence of malaria is ill-founded; malaria is not limited by climate in most temperate regions, nor in the tropics, and in nearly all cases, ‘new’ malaria at high altitudes is well below the maximum altitudinal limits for transmission.”

Reiter adds, “future changes in climate may alter the prevalence and incidence of the disease, but obsessive emphasis on ‘global warming’ as a dominant parameter is indefensible; the principal determinants are linked to ecological and societal change, politics and economics.”

Temperatures are just one factor that can limit the range of malaria bearing mosquitos. Sadly, the Environment Journal ignored evidence showing, across its historic endemic range—which includes Ethiopia—as global average temperatures have increased modestly, incidences of malaria have declined, while varying from year to year as they always have.

Sorry, Esquire, Climate Change Not Causing the Spread of Diseases