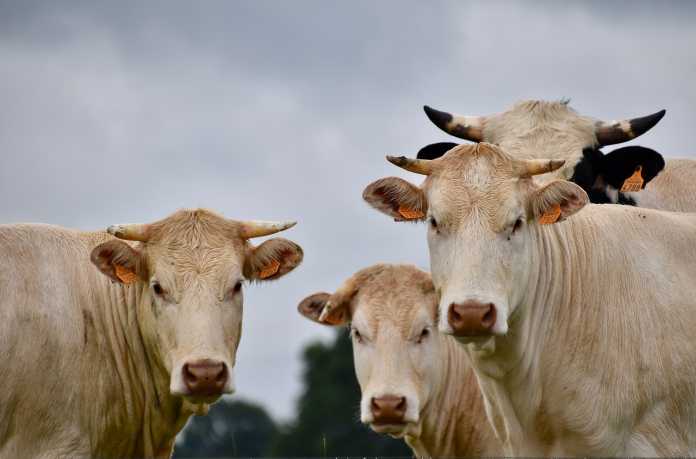 On March 24, Sentient Media published an article titled, “Cattle Farming Is One of the Most Destructive Industries on the Planet.” As you may have guessed from the article’s title, the article attempts to motivate people to avoid eating meat and to impose restrictions on livestock production that would drive ranchers into extinction.

“[N]o matter how one looks at it, the facts still point to the overwhelmingly detrimental impact of cattle farming on the environment,” the article asserts. “Cattle farming is one of the largest contributors to greenhouse gases, thus being a major cause of climate change.”

“Cattle farming has also often displaced local communities who have ensured more regenerative and balanced uses of land in their environments,” the article continues. “It causes air and water pollution. The industry also treats living beings as commodities and shows no consideration for their welfare.”

On April 1, the website Green Biz published an article titled, “Can low meat consumption be the key to a thriving – and circular – food system?” The article claims, “our global food systems require a radical reworking more than ever before, for both planetary and human health.”

The article continues, “The impacts of current animal agriculture also affects climate change, air and water pollution, biodiversity and human health. Livestock production has been touted as the biggest driver of habitat destruction, which releases previously-sequestered carbon from vegetation, critically endangers biodiversity, and — perhaps most topically — paves the way for dangerous diseases to spread to humans.”

The article concludes, “what do we value? Hopefully, a world that’s a whole lot cleaner, more just, twice as circular and a little bit kinder. And in this kind of world, the future of meat is limited.”

In between the March 24 Sentient Media article and the April 1 Green Biz article, a Google News search for “climate change cattle livestock ranch” turns up dozens of articles criticizing ranchers, livestock, and meat for asserted climate change and environmental impacts.

Beware of climate activists masquerading as allies of farmers and ranchers. Don’t be duped into signing up for your own extinction.