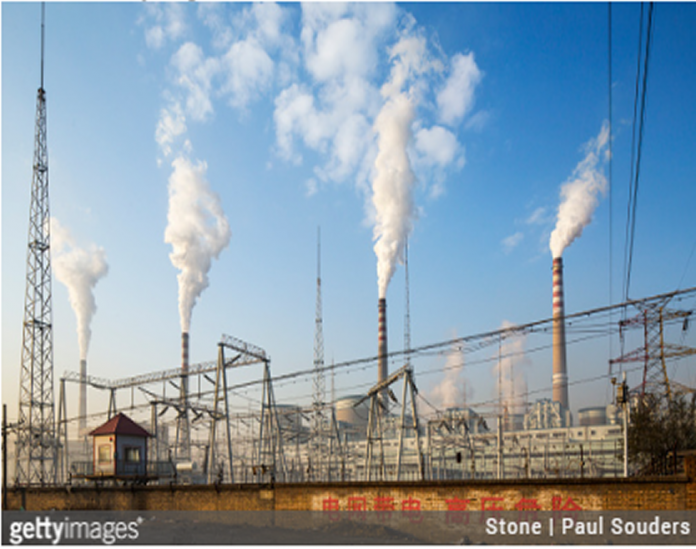 While the United States is fast-tracking decarbonization of electricity generation due to a claimed “code red” climate emergency in the wake of the latest United Nations report from the Intergovernmental Panel on Climate Change (IPCC), China has announced plans to add 43 new coal-fueled generation plants.

According to Energy Live News, China built over three times as much coal plant capacity as the rest of the world in 2020. China added nearly 40 GigaWatts of electricity generation in 2020, the equivalent of building approximately one large coal-fired power plant every week.

By contrast, a June 1, 2021 report from S&P Global Platts titled US coal-fired power output decline continues with last PSEG coal plant retirement shows that the U.S. is already aggressively reducing coal-based electricity generation, and dropping to an all-time low in 2020, as the figure below shows.

China emits more of greenhouse gases than all other developed countries combined, and more than double U.S. emissions.

Although China pledged under the Paris climate agreement to peak its emissions by before 2030, and to make the country carbon neutral by 2060, it is unclear how it can meet those commitments with its current plans to expand electric generation using coal.

The 43 new coal-fired power plants and 18 new blast furnaces for steel manufacturing currently under construction in China will add the equivalent of about 1.5 percent to its current annual emissions, according to a report released by the Helsinki-based research organization the Centre for Research on Energy and Clean Air and the U.S. group Global Energy Monitor, on August 13.

This development demonstrates that China is clearly prioritizing economic growth over emissions reductions.

“There is this desire in the Chinese political and economic system to keep on building, to continue the infrastructure fever,” Li Shuo, a senior global policy adviser for Greenpeace in Beijing, said concerning the report.

Perhaps Guterres thinks “code red” means Red China gets a pass while the rest of the world suffers through high electricity prices and unreliable power supplies resulting from the increasing reliance on wind and solar to generate electricity, instead of the reliable coal and natural gas-based power plants China is choosing.