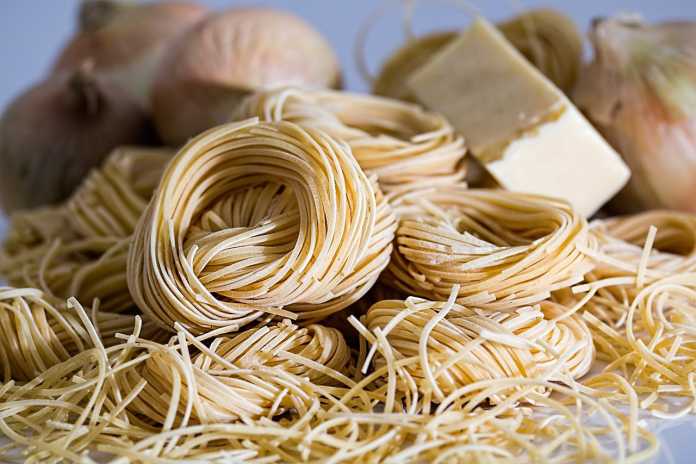 An article published by the World Economic Forum (WEF) today, titled “Bad news for pasta lovers: the effect of climate change on food staples,” claims climate change is threatening the supply of staple crops, including coffee beans and crops that are ingredients for pasta. Data from the United Nations Food and Agriculture Organization (FAO), however, clearly show consistent increases in crop production – including these staple crops – with new records being set nearly every year.

“A new report warns that climate change may sharply reduce yields of staple crops by 2050,” writes the WEF, citing a report published by Chatham House. “Yields of staple crops could ultimately decline by nearly a third by the year 2050, according to the report, if governments don’t ramp up commitments made under the Paris Agreement.

The WEF singles out coffee, corn, and wheat for special attention, predicting production will decline dramatically unless sharp cuts are made in carbon dioxide emissions.

These predictions are based on computer model projections, rather than real-world crop data or an understanding of agronomy or botany. Data from the FAO clear show increasing crop production as atmospheric carbon dioxide concentrations have increased and the earth has warmed modestly. The main reason for this is that conditions for crop production, including available rainfall and photosynthetic efficiency have improved with more atmospheric carbon dioxide and warmer temperatures. The result can be seen in the figure below, charting crop data reported by the United Nations FAO: 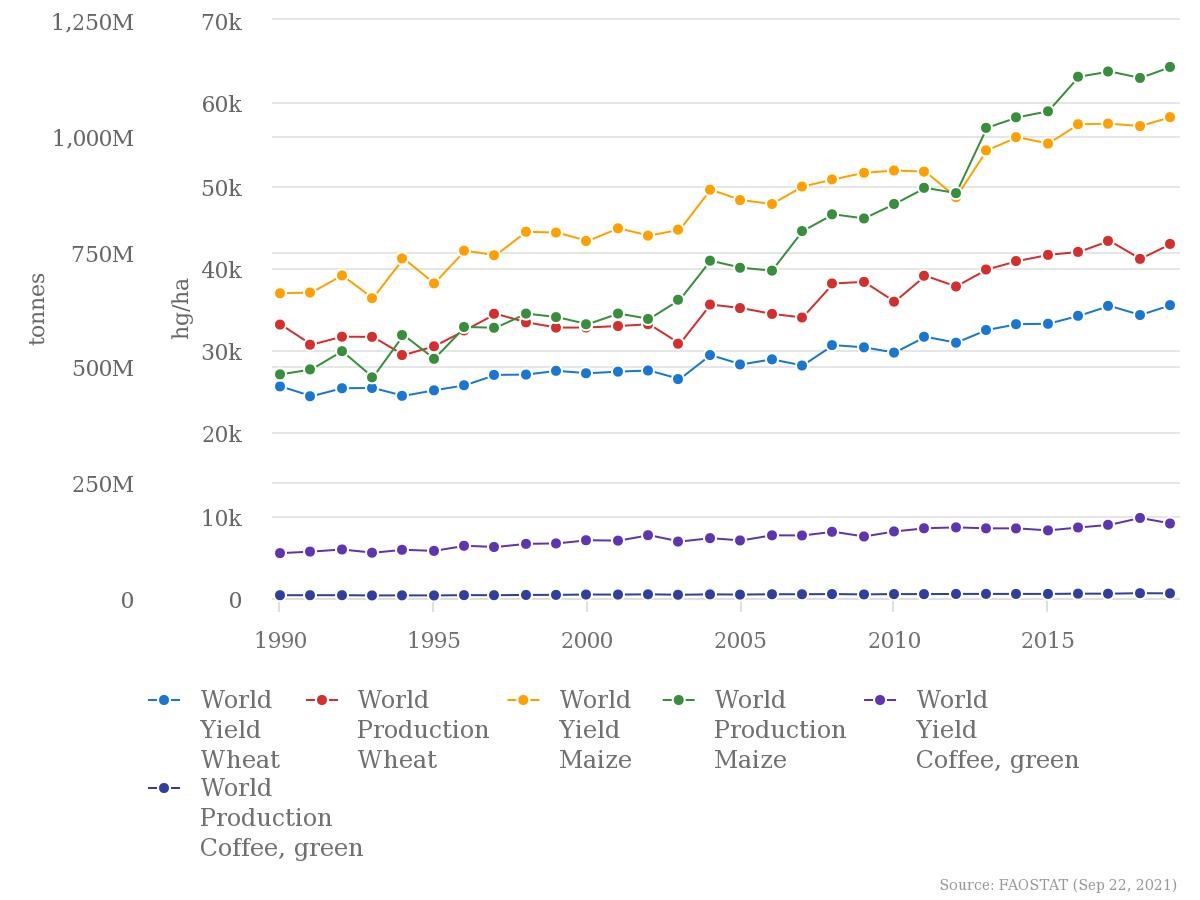 Wheat set new production records 10 times since 1990, most recently in 2017, with 2018 being the second highest production year on record. Accordingly, it is unclear where Chatham House and the WEF got the impression the global wheat harvest is “depleted,” and the cause of higher pasta prices.

Durum wheat, the wheat most often used to make pasta, has consistently made up between five and eight percent of the world’s wheat crop since 1990, a percentage it has maintained throughout the overall wheat production increase between 1990 and 2019.

Flawed climate models programmed by climate activists may project declining yields, but those declining crop yields have been predicted for decades yet never arrive. Instead, crop yields are enjoying a golden age of plenty with more atmospheric carbon dioxide and longer growing seasons.