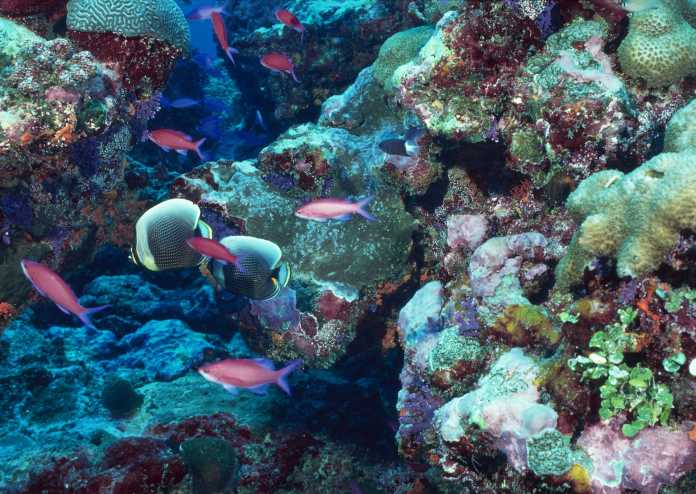 Don’t expect to hear about this good news in the mainstream media reporting on climate change. To find out about the study or its findings, if you are not a subscriber to the journal itself, you have to look to climate realist sites like Climate Change Depot or No Tricks Zone for coverage.

The study confirms that coral thrive in warm waters, growing and expanding their range during warm periods. By contrast, coral colonies shrink and die back during cold periods.

The team of researchers examined coral reef development around Weizhou Island, China, located in the northern border of the tropics. They drilled cores in the coral formations there finding they first arose 3737 +/- 17 years before present. The coral cores contain a continuous record of the corals’ trends: development, growth and expansion, and decline over the period to the present.

As summarized by Keith Richard at No Tricks Zone, the researchers involved determined:

Coral reef growth rates have rapidly accelerated in the last 300 years, or since the industrial revolution commenced.

The South China Sea surface temperatures were “3 to 6°C higher than today” from about 5,000 to 4,000 years ago; coral reefs developed rapidly in that warmth.

In the paper’s own words:

Low temperature in winter time is the key factor which limits the coral growth and reef development. … The correlation between coral reef vertical accretion rate and its climate background suggests that the rapid development stage of coral reefs on the Weizhou Island could roughly correlated to the Late Megathermal Period, Roman Warm Period, and Current Warm Period, and the slowing down stages of development of reefs roughly corresponded to the cold periods, namely the Late Dark Ages Cold Period, the Medieval Climate Anomaly, and the early Little Ice Age. In general, the development of coral reefs on the Weizhou Island at relatively high latitudes is depending on climate changes. The warm periods are conducive to coral growth and otherwise, coral reefs growth would slow down as cold periods came.

What’s true of corals in their northern tropical range in China is true for corals around the globe. Research presented in Climate at a Glance: Coral Reefs shows, Coral require warm water, not cold water, to live. Coral cannot live outside of tropical or subtropical waters. (See Figure 1.) As Earth continues to modestly warm, coral are extending their range toward the poles while still thriving along and near the equator.

Also, more corals and new locations of coral colonies are being discovered all the time, as discussed at Climate Realism, here and here, for example.

“How much attention will an iconoclastic study like this receive? None, probably,” writes Richard for No Tricks Zone. “Studies that don’t advance the climate alarm narrative are usually dismissed and ignored.”

Sadly, Richard’s prediction is likely accurate. Such is the state of reporting by the corporate media on climate research today: research that presents good news about the state of the climate, research that throws doubt on the climate alarmist narrative that humans are causing a climate catastrophe, is ignored. Such truths are inconvenient for the progressive policy agenda of government backed climate scientists and the activists posing as journalists writing for the mainstream media.

Contra, The Hill, Climate Change Is Not Causing a Coral Catastrophe