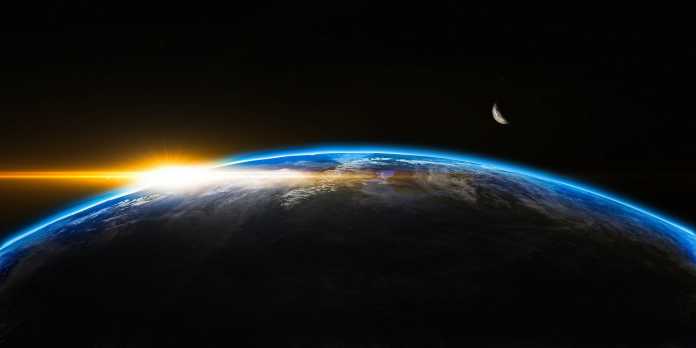 Earth Day could be an event for people to pause and take note of the value of ecological health. However, the day has been hijacked by radical environmentalists and policy makers to advance primitive and destructive technologies to address a made-up climate emergency.

A simple google search for “earth day” yields many explanations. One reads, “Earth Day is an annual event on April 22 to demonstrate support for environmental protection. First held on April 22, 1970.” That sounds harmless enough. A proper earth day might be one that calls for cleaner land, water, and air where pollution is actually a problem.

However, in the last 50 years the environmental movement has more often than not used the day to promote pseudo-scientific and anti-humanistic philosophies concerning the use of natural resources.

The 1970s and 80s were marked by claims that the growing world population was destroying the environment and threatening the very existence of human life. Paul and Anne Ehrlich’s apocalyptic “Population Bomb” was embraced by environmentalists fanning fears of food shortages and starvation. However, it all proved to be a false scare as the ingenuity of the Green Revolution produced an explosion of agricultural productivity through high-yielding plant varieties, pesticides and other innovations. Humans today enjoy a better quality of life than ever before with increased access to clean water, nutritious food, and energy systems for home and industries.

Similarly, environmentalists’ acid-rain scare of the 1970s and 80s turned out to be a natural phenomenon involving run-off from acidic soils in limited locations rather than a worldwide threat imposed by the burning of coal.

So the sky-is-falling crowd has moved on. Acid rain and population explosions are passé. The lies of both are ignored in favor of new falsehoods. Increasingly since the late 80s, global warming, aka climate change, has been the obsession of Henny Pennys.

In the past 15 years, the “existential threat” of “man-made” warming has easily been the dominant environmental issue. It influences international policy infiltrating nearly every area of our lives.

It is not surprising that climate hand-wringing dominates Earth Day as well. This is where people of the developing world have an issue with the modern form of the celebration, one that radical environmentalists have pirated to fearmonger and justify restrictive policies.

A true Earth Day would celebrate the planet and the gift of life. Its participants would not be issuing demands for people of the Third World to forgo their rightful access to abundant and readily available organic energy resources — namely coal, oil, and natural gas.

After all, it was these naturally formed raw materials that enabled Western society to become more developed and attain a level of prosperity where it is better able to care for the environment. Some of the most polluted cities of the Industrial Revolution — like New York and London — are among the cleanest in the world today.

To deny the same for hundreds of millions of poor people in the developing world is unjust. Moreover, because of technologies that enable coal and other fuels to be burned cleanly, poor countries using fossil fuels will not have to endure a prolonged period of smokey cities and dirty waters as did the West of the early industrial era.

It is every country’s right to use naturally available resources to meet energy needs. Foreign entities trying to restrict this use in favor of expensive and unreliable wind turbines and solar panels is an energy imperialism that sentences millions to poverty and early deaths.

This Earth Day, more than a billion people in my home country of India will be grateful for God’s gifts of coal, oil and natural gas. These fuels bless their lives with both the wonder of electricity service and thermal energy for transportation, home comforts and modern manufacturing, medicine and agriculture.

Vijay Jayaraj is a Research Associate at the CO2 Coalition, Arlington, Va., and holds a Master’s degree in environmental sciences from the University of East Anglia, England. He resides in Bengaluru, India.

This commentary was first published on April 24, 2022 at RealClear Energy, and CO2 Coalition.