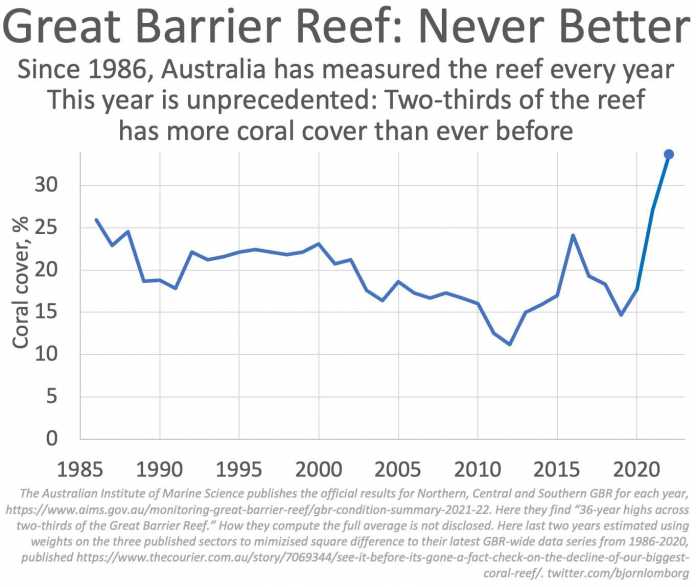 Dr. Bjørn Lomborg informs about the status of the Great Barrier Reef (GBR) in a Facebook post on 8/7/22. He writes:

Today, the Great Barrier Reef is better than ever.

But ten years ago, we were told about the “Great Reef Catastrophe” and how the reef would be almost gone today. Here is the 2012 article telling us about the terrible state of the Great Barrier Reef and about how it will almost halve again by 2022 to 5-10%

Talking about “solutions” the scientific analysis in 2012 said:

“Such strategies can, however, only be successful if climatic conditions are stabilized, as losses due to bleaching and cyclones will otherwise increase.”

Dr. Lomborg provided some media references, such as a scare-story article in the Sydney Morning Herald that same year which said:

“Researchers warned that while the World Heritage listed reef was a dynamic system — with coral cover rising and falling over time — if the mass die-off continued less than 25 per cent would exist in 2022.”

Meanwhile, nature and the GBR is laughing at the scientists and the news pundits. A new study from the Australian Institute of Marine Science reports these facts: 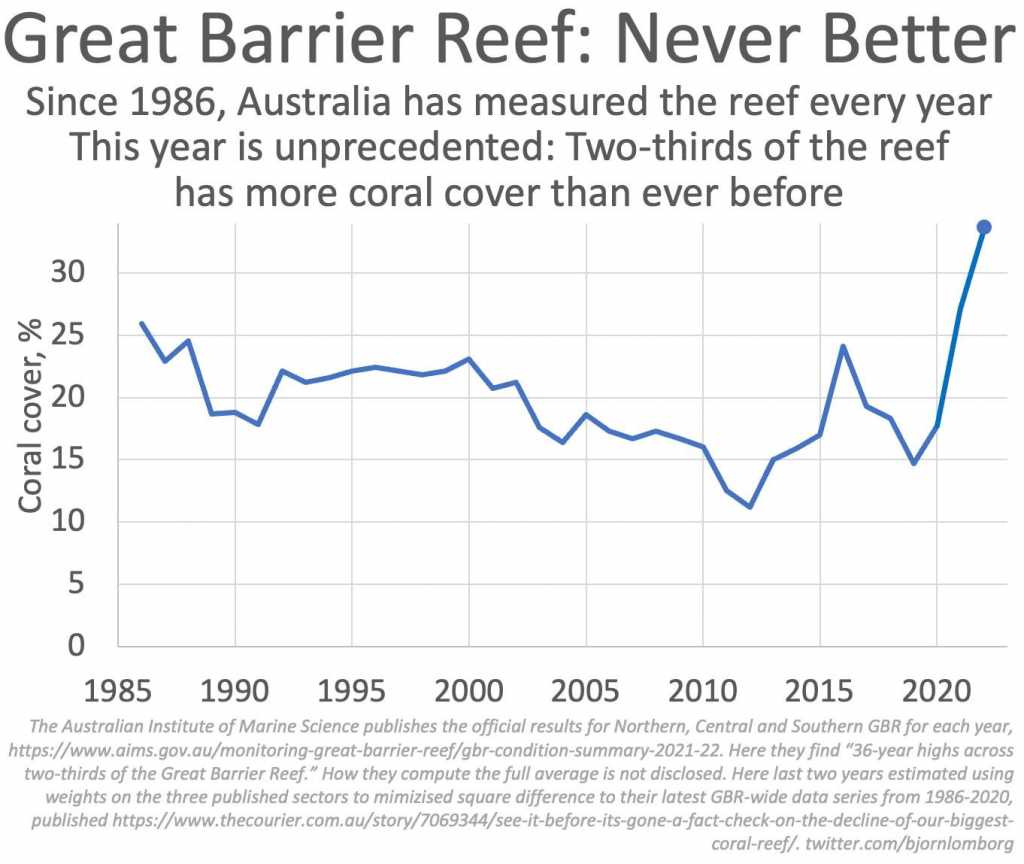 The data shown here is the official estimate 1986-2020 plus the best estimates for 2021-22, based on the optimal average (least-square) based on their published averages for North, Central and South sectors.

You can also see an alternative graph below with data from Dr. Peter Ridd, former professor of marine physics at James Cook University. He has posted his estimate of the reef-wide average, along with examples of how the average was used to say things getting worse but now, as things are better, the data doesn’t get updated. 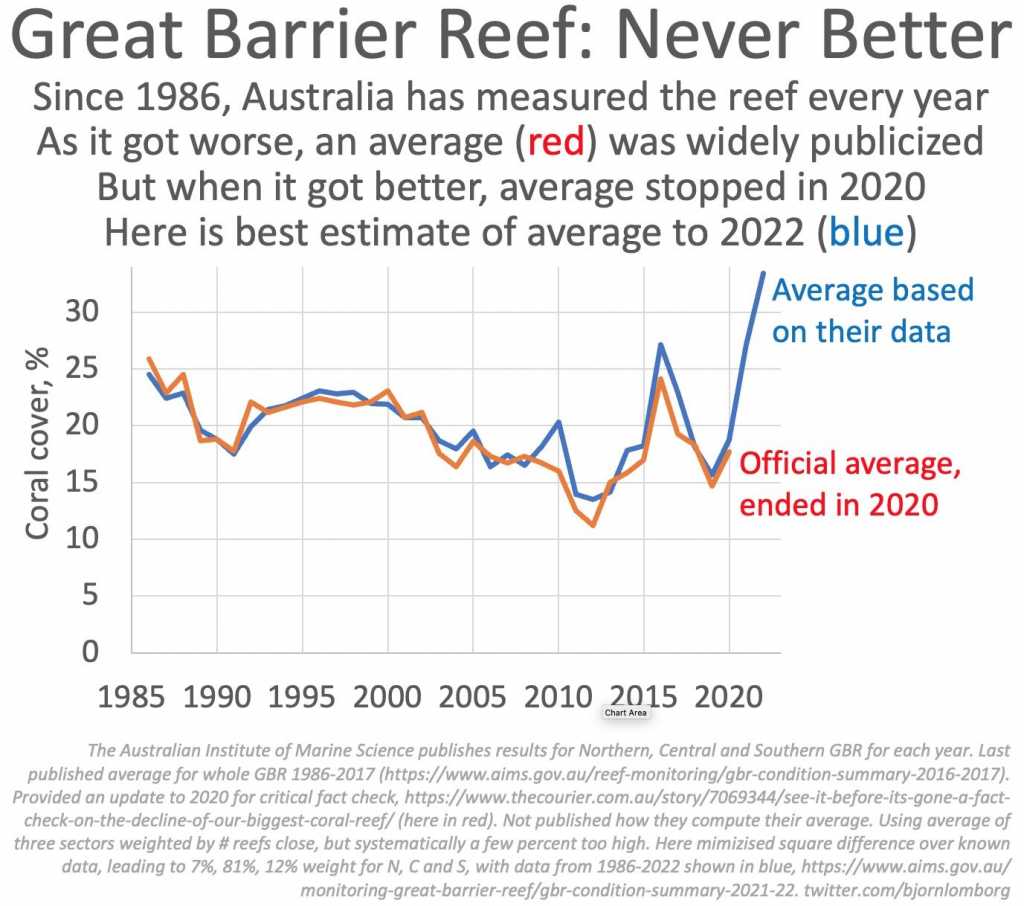 Moral of the story: Don’t always believe the scare stories, nor the people who say they’ll “save the planet” while asking for money, mother nature has plans of her own.