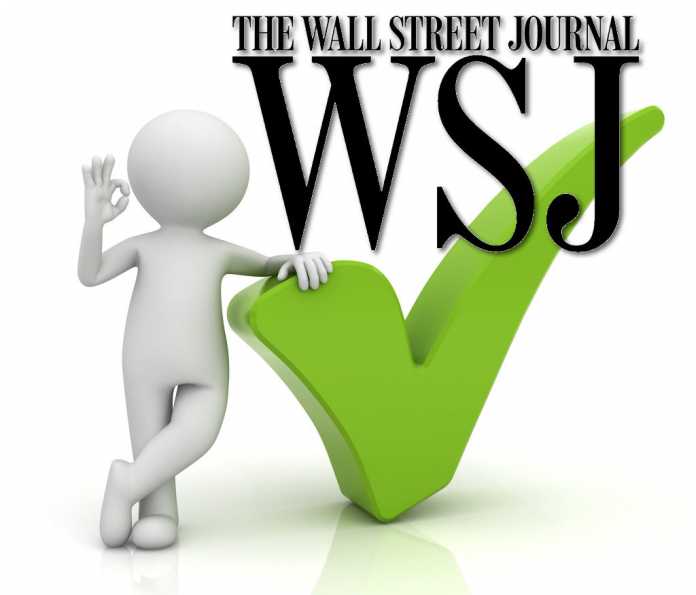 A scattering of surprisingly climate skeptic stories has started appearing lately in the pages of America’s premier financial journal, The Wall Street Journal (WSJ). But there may be an important deeper reason which explains why this is suddenly happening.

The current White House agenda is so unrealistic it risks a backlash that will hurt the cause for decades.

Ironically, the greatest threat to this progress—particularly in the critical realm of climate—comes not from such emerging mega-emitters as China and India, although they certainly play a role. It comes from the energy and climate initiatives promoted by the Biden White House, which are themselves unsustainable—so aggressive and unduly optimistic that they risk a backlash that would set back the cause of environmental sustainability for generations. To avert this, the administration must shift to a more pragmatic set of policies. Encouraging more natural-gas production and a moon-shot approach to fusion energy would embolden America to lead the world toward a green future.

But the administration first needs to reckon with the peril of the moment. America’s announced climate goals seek a transition to 100% clean electricity by 2035 and net-zero emissions by 2050. This aggressive timeline is increasingly at odds with three hard realities: economic, geostrategic and political. Each sets a major hurdle for climate action, and together they expose the unsustainability of the Democratic Party’s climate agenda.

Even if some of the mining surge is permitted to occur in the U.S., it will still rely heavily on fossil fuels. In theory, Democrats’ big bonfire will be offset by future CO2 reductions, but what if it isn’t? What if intermittent solar and wind power can never be counted on to reliably and efficiently replace the fuels we need today? Even those inclined to believe in the more pessimistic climate forecasts, even those who think that upending economies now is more sensible than relying on future technologies to address potential challenges, should consider the costs of expensive environmental belief.

People upset about carbon footprints may not realize just how large the allegedly non-carbon footprints can be. And when inefficient alternative energy sources fail, people have to come back to the efficient sources that environmentalists have shunned. Mr. Meigs adds:

Fund managers have a legal and social duty to focus on financial returns for their clients’ retirement accounts, not climate or other issues.

Wall Street and the financial industry’s social purpose should be protecting investors’ savings and retirement money. Asset managers claim they focus on financial returns, but they have joined with left-wing state pension funds to cram “environmental, social and governance” policies down the throats of American companies and employees whose retirement funds are under asset managers’ control. What is the real focus of woke asset managers?

BlackRock recently sent a letter to several states claiming that BlackRock focuses solely on its fiduciary duty, allows its clients to determine how to approach the “energy transition,” and has joined climate organizations merely to “dialogue.” This month, 18 of my fellow attorneys general and I responded by pointing out inconsistencies and conflicts between BlackRock’s letter and its public statements and commitments.

BlackRock’s website describes the climate organizations it has joined. Rather than “dialogue,” the focus is on taking action to “accelerate the transition to net zero,” to “ensure the world’s largest greenhouse gas emitters take necessary action on climate change,” and to support “the goals of the Paris Agreement.”

Why is this sudden shift happening?

I have a theory that something changed when HSBC martyred senior executive Stuart Kirk, apparently for the crime of speaking his mind on climate change. Because the one thing the senior bankers and fund managers I’ve met can’t stand is an investment industry sacred cow.

A handful of senior bankers I talked to before the 2007-10 GFC crash quietly admitted the subprime mortgages being sold were total junk, but so long as the money kept pouring in, everyone, including me, kept quiet. Subprime was a juggernaut. I could have been wrong. What is one person’s opinion, or even a handful of critical opinions, against the massed wisdom and might, the massed consensus of the entire financial industry?

But the hard lesson was learned – in the aftermath of the 2007-10 crash, people in the financial industry started speaking their minds, and suddenly everyone realised they weren’t alone. Lots of other people had the same doubts, they just hadn’t felt safe about sharing those doubts with colleagues.

Stuart Kirk’s bold sacrifice has forced the financial world to face the possibility that the GFC nightmare, the pressure to remain silent, has started happening again. Once again there appears to be a golden opportunity, a financial sacred cow, which nobody is allowed to criticise.

All the simmering pain from the 2007-10 GFC is still fresh in everyone’s minds, maybe too fresh in some minds for them to just stand idle while their client’s money is swept into what could be a high risk gamble, because everyone is too afraid to speak up and point out the risk. So this time bankers aren’t going quietly, they are grumbling and in some cases openly rebelling, like the courageous Stuart Kirk.