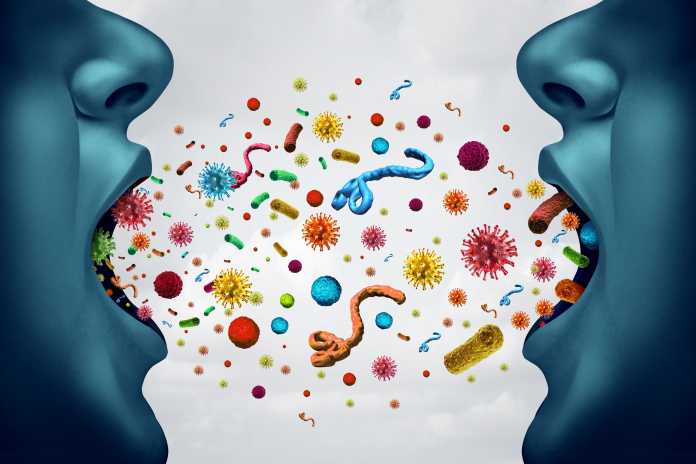 Citing a single new study, the corporate media was abuzz recently with stories claiming climate change is likely to cause the spread of a variety of diseases, including often deadly or debilitating insect borne diseases. This is false. The study’s claims are based on computer model projections of the impact of climate change, not real world data. In addition, large volumes of prior research refutes the claim that global warming increases the range and incidences of diseases.

ABC News, USA Today, Weather.com, and Esquire, among many other corporate news outlets, carried stories linking supposed human caused climate change to the spread of diseases. The stories all cited a single new study in Nature as proving the connection.

Esquire’s story, titled “Apparently Climate Change Is Good for One Thing: Disease,” was typical of the mainstream media’s uncritical coverage of the Nature report, “Over half of known human pathogenic diseases can be aggravated by climate change.”

Quoting the from the Nature’s summary Esquire writes:

We found that 58% (that is, 218 out of 375) of infectious diseases confronted by humanity worldwide have been at some point aggravated by climatic hazards; 16% were at times diminished. Empirical cases revealed 1,006 unique pathways in which climatic hazards, via different transmission types, led to pathogenic diseases. The human pathogenic diseases and transmission pathways aggravated by climatic hazards are too numerous for comprehensive societal adaptations, highlighting the urgent need to work at the source of the problem: reducing GHG emissions.

Although there is no question climate changes have contributed to spread of various diseases historically, the right climate conditions are only a necessary condition, not a sufficient one, for the spread of diseases, including insect borne diseases.

Esquire follows the authors’ of the Nature study down the rosy path of climate being the primary factor in the occurrence, incidence, and spread of disease. It is not.

In dozens of articles, Climate Realism has presented copious research which refutes the claim that climate change is, or is likely to, cause an increase in viral, bacterial, or insect borne illnesses, or exacerbate existing allergies.

Chapter 7 of the Non-governmental International Panel on Climate Change’s (NIPCC) report, Climate Change Reconsidered II: Biological Impacts and Chapter 4 of NIPCC’s Climate Change Reconsidered: Fossil Fuels, provided thorough reviews of the literature concerning the links between disease and climate, concluding that there is limited evidence, unless the Earth unexpectedly cools dramatically, that climate change will result in diseases becoming more common, either where they are already endemic or in countries and regions where they are currently uncommon.

Indeed, studies from Africa, to England and Wales, to North and South America, to Thailand and beyond refute any link between climate change and the spread of malaria, Dengue fever, West Nile virus, and other vector-borne diseases. For example, a previous 2010 study in Nature reported, “[The study’s authors] compared historical and contemporary maps of the range and incidence of malaria and found endemic/stable malaria is likely to have covered 58% of the world’s land surface around 1900 but only 30% by 2007.” In short, despite warming, vector borne diseases like dengue and malaria have become less prevalent and deadly as the climate has warmed.

The other confounding factor which undermines any confidence peer reviewers and reputable journalists should have had in the Nature study is that it relies climate model projections of worsening of extreme weather, “for example, … heatwaves, droughts, wildfires, extreme precipitation, floods, sea level rise and so on,” per the summary, as the reason for more, more widespread, diseases. Yet, as the data cited in the various Climate at a Glance summaries on each of these types of extreme weather events show, there is no evidence warming is causing or making heatwaves, droughts, wildfires, extreme precipitation, floods, or sea level rise, worse. Computer models say they should be getting worse, the data says they aren’t.

In the end, climate woke members of the mainstream media search each day for the next “major study” they can glom onto in order to gin up alarm about the climate crisis they assert is happening. No single study, set of studies, or so-called scientific consensus, can prove global warming is causing a climate disaster. Only data can do that and a world facing a climate crisis is just what the data does not show.

Thankfully, contrary to the impression the writers at Esquire, at other media outlets, and the authors of the study in Nature, are trying to leave, various communicable and insect borne diseases have become less likely to cause illness or death as the earth has warmed. Our ability to prevent and treat diseases has improved dramatically over the past century, which is why premature mortality related to climate change has fallen by more than 99 percent over the past century, even as the earth has warmed.