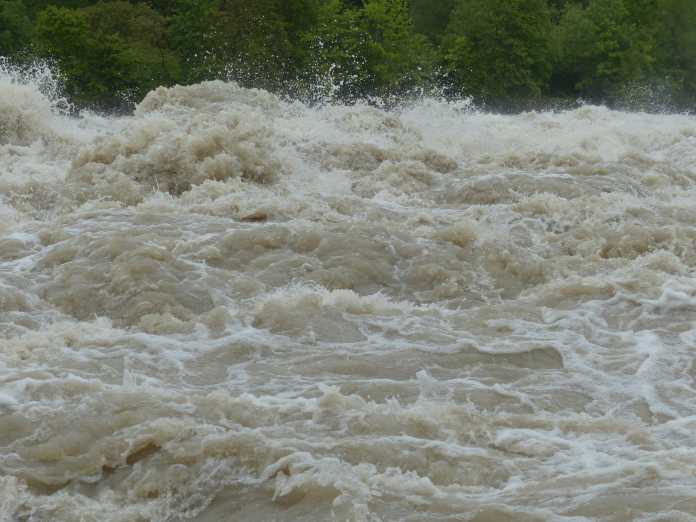 Joe Biden on Monday toured parts of eastern Kentucky devastated by the worst flooding in the state’s history and pledged to help recovery, while his spokesperson warned that the climate crisis was having an impact on such events there and across America.

At least 37 people have died in the flooding since a deluge late last month that dropped up to 10.5in of rain on Kentucky in only 48 hours.

An earlier report in the Guardian commented:

Heatwaves are getting ‘more dangerous and deadly’ from climate change as catastrophic flash flooding leaves at least 28 people dead.As the flash floods in Kentucky claim lives and continue to leave behind a trail of devastation, residents and officials in the state are increasingly grappling with the costly impacts of the climate crisis.

Earlier this week, the state saw eight to 10 inches of rainfall in a 24-hour period, marking what experts are calling a 1-in-1,000 year rain event. Amid the onslaught of rain and catastrophic flash flooding, at least 28 people have died while dozens more are reported injured.

As ever, the claims are rubbish and fraudulent. The record 24-hour rainfall in Kentucky stands at more than 10 inches, and was set in 1997:

Trends in extreme rainfall are not on the rise in Kentucky:

And heatwaves there are much less extreme than they used to be:

As is usually the case, the media interviews the locals, who understandably say “this is the worst we have ever seen”. Of course it is, because these are small-scale, localised events, and people’s experience only dates back a couple of decades or so.

The harsh reality, however, is that floods like these happen, and have always happened, somewhere or other every year. They have nothing to do with climate change.

Originally Posted at Not a Lot of People Know That, reposted with permission.

Paul Homewood is the webmaster of Not a Lot of People Know That.