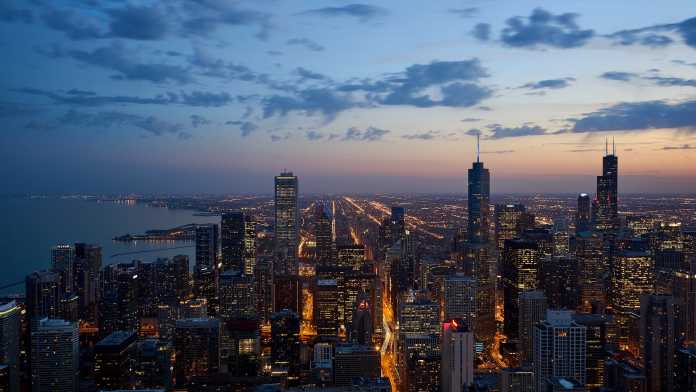 The Daily Sceptic article, titled “U.S. Warming Over Last 50 Years Exaggerated by Up to 50%, New Evidence Shows,” describes research produced by atmospheric scientists Roy Spencer, Ph.D. and Professor John Christy, Ph.D., of the University of Alabama at Huntsville. The link to the original post by Spencer describing their reasoning for undertaking the project and what methods they used can be found at his website, here.

The scientists first worked to determine the magnitude of the impact that cities and associated structures—like concrete and metal—have on local warming that is then measured by weather stations. The localized warming caused by urban environments is called the “Urban Heat Island” (UHI) effect. The UHI and has long been cited as a possible explanation for some of the differences between ground-based and satellite-based temperature readings.

Climate Realism has likewise pointed out this issue, in posts like “Checking the Science Focus ‘Reality Check’ – Ignoring UHI is Foolish,” by meteorologist Anthony Watts.

Using datasets that quantify manmade structure densities from the EU’s European Commission Global Human Settlement Layer project, as well as hourly-reporting weather station temperature data, the scientists were able to eventually create a regression-based algorithm to remove the urban heat bias. After the algorithm was applied to temperature station data across 37 eastern states, the measured warming appeared as significantly less than the temperatures reported by NOAA.

Commenting on the report at his blog, Spencer writes, “[t]he results for the eastern U.S. lead to a 50-year warming trend 50 percent less than that from the official NOAA homogenized surface temperature dataset.” (See the figure below). 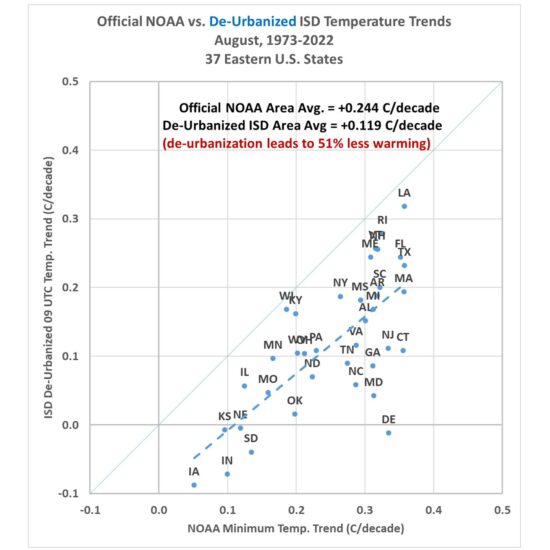 This finding is critical in determining whether the world faces a climate crisis that justifies sharp restrictions on fossil fuel use.

Morrison opines that this kind of research will likely not be presented at the COP27 Climate Conference. He writes that “every warning of future temperature rise will reference the politically-correct surface datasets, and every forecast of climate thermogeddon will incant the authority of climate models.”

Sadly, Morrison will almost certainly be proven correct in that prediction. Morrison and The Daily Sceptic should be applauded for covering this important study, which is being ignored by the mainstream media. It shows that the data being used to demonstrate global warming is grossly compromised, overstating warming by a substantial amount. Urbanization must be accounted for. It cannot be ignored or “homogenized” away. Temperature bias from the UHI must be weeded out if we are to base our climate policies on an accurate assessment of the state of the planet. Research like that conducted by Spencer and Christy is a vital–if unsung—tool for determining the true extent of climate change.